Human rights lawyer Amal Clooney: ‘I am a refugee’ 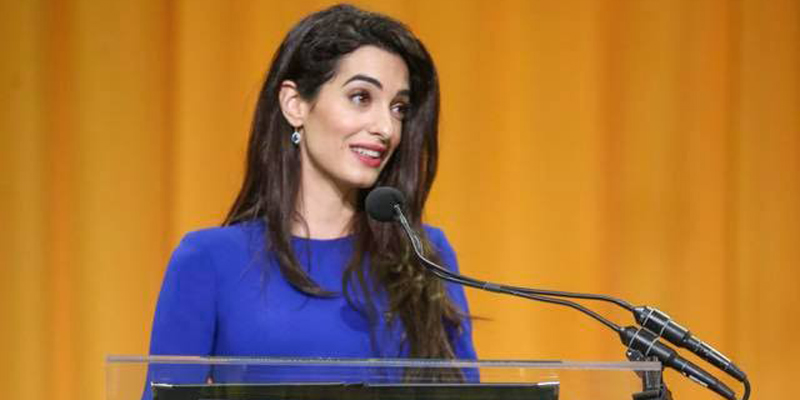 “I am so grateful to have been able to enter a country that showed compassion to me.”

Just days after she made a sizable donation to help children separated from their parents at the US border, Amal Clooney has spoken out about her personal connection to people displaced by war.

Speaking in conversation with her father-in-law, broadcaster Nick Clooney, Clooney criticised US President Donald Trump’s zero-tolerance immigration policy, and opened up about her own history.

Read:
Amal and George Clooney just donated Dhs3.6m to help migrant children in the US
Dubai Creek is shortlisted for the UNESCO World Heritage List

“I am a refugee,” she said according to the Toronto Star.

“If I had not had a hand extended to me by the UK government when my family was escaping the war in Lebanon, I wouldn’t have been able to grow up in a safe environment, get the education I have, or do any of the things that I have done.” “I am so grateful to have been able to enter a country that showed compassion to me,” Clooney continued. “I wish that were happening in more places around the world.”

The Toronto talk, which was opened by Sophie Gregoire Trudeau, was sold out, the Star reports. Clooney also touched on the #MeToo movement, freedom of the press, and the March For Our Lives movement.

“It’s shameful. It’s not just illegal, it’s immoral,” she added, according to the Star.

Last week, Clooney and her husband, George, made a donation of $100,000 (Dhs3.6 million) to the cause of children stranded at the US-Mexico border.

“At some point in the future our children will ask us: ‘Is it true, did our country really take babies from their parents and put them in detention centers?’ And when we answer yes, they’ll ask us what we did about it. What we said. Where we stood,” the couple told The Hollywood Reporter.

“We can’t change this administration’s policy but we can help defend the victims of it.”