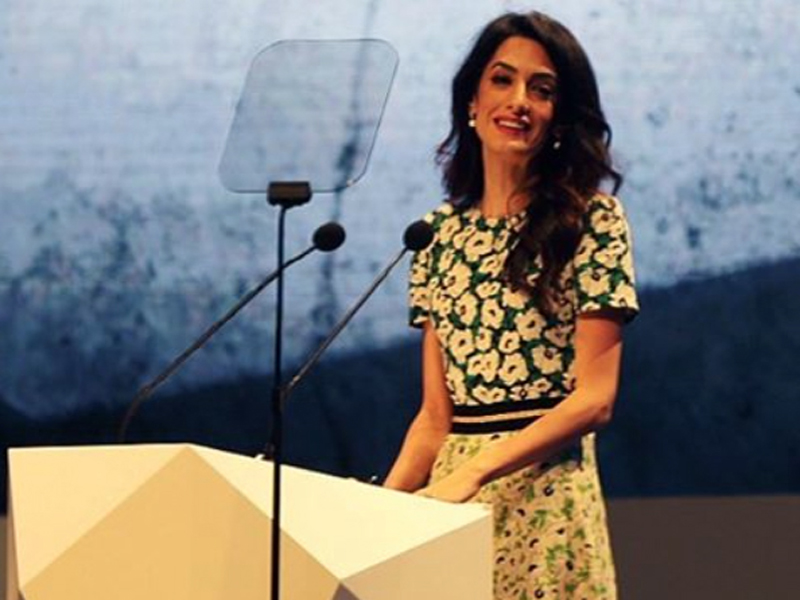 The Lebanese-born British lawyer was the headline speaker at the International Government Communication Forum, which was attended by the emirate’s Ruler, Dr Sheikh Sultan bin Mohammed Al Qasimi.

Amal Alamuddin Clooney’s key message for governments in the Middle East comprised of four principals: to be vocal, consistent, principled and finally to be quick. She opened with: “The first piece of advice I would have from my experience is that governments need to be vocal about human rights.” 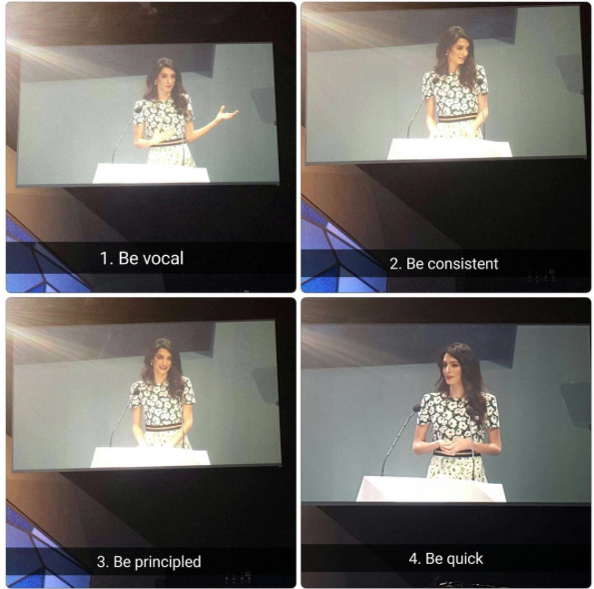 She referred to the need for governments to address the rights of its citizens, urging that criticism be met with dialogue, not prison terms and that protests be met by “crowd control and not bullets”. She also addressed the need for equals rights “where women play a full role in society” – the UAE is a shining example of how this works.

In fact  H.H. Sheikha Jawaher bint Mohammed Al Qasimi, wife of H.H. the Ruler of Sharjah, Chairperson of Nama Women Advancement Establishment, lauded the positive progress and achievements of women in Sharjah, saying: “Women’s rights in the UAE have been based on the reality of partnership between women and men to achieve social and economic stability for both the family and the community.”

She added: “With the development that the UAE has seen since its establishment, the supreme leadership’s confidence has increased in the abilities of Emirati women, and in our contribution to the country’s growth.”

Agreeing with this sentiment, Amal was hopeful that the UAE could lead the way in ensuring human rights be at the forefront of government policies in the Middle East. She said: “I believe in today’s world the most important government will be those that reinforce those principals and that inspire future leaders to espouse them. If there is any government in this region that can do this, surely it’s the one with the happiest citizens and the most innovative cosmopolitan and ambitious approach.” 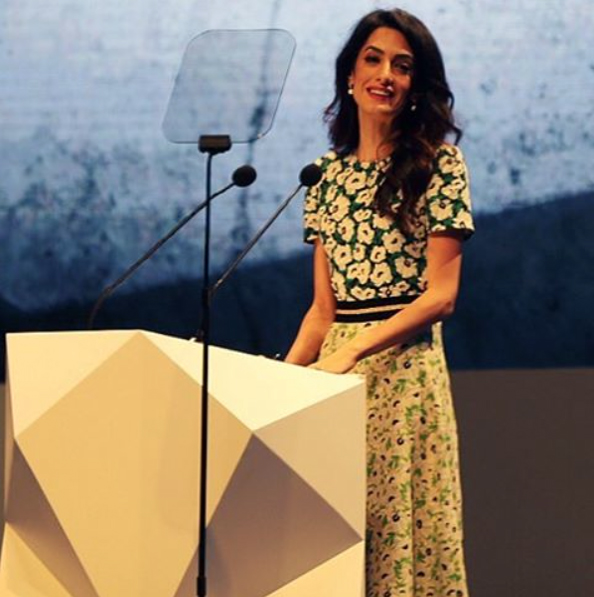 The two-day International Government Communication Forum is an annual event in Sharjah that aims to improve communication between governments and stakeholders and to develop communications and relations in the UAE and Middle East.