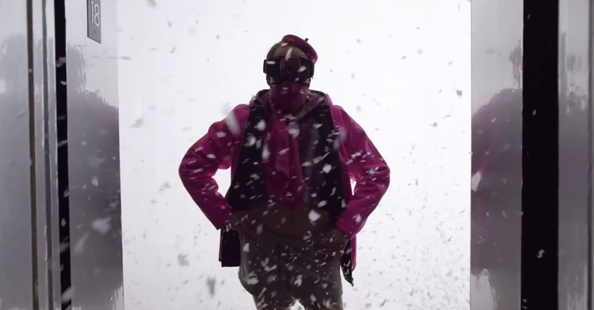 Sometimes fashion just has to have a bit of a giggle. The latest partnership by designer Alexander Wang is allowing just that with the designer enlisting a vintage Saturday Night Live (SNL) character called Mango for his newest T by Alexander Wang campaign video.

While the complete video doesn’t launch until tomorrow, a cheeky teaser has gone live. It features Mango, played by Chris Kattan, wearing a pink beret and jacket as feathers blow around him.

“I’ve always loved Mango’s character from SNL,” said Wang. “To be able to work with [Kattan] was such an honour. Sometimes when fashion becomes too stiff, it’s great to have someone such as Mango come through and inject a new burst of energy… Having fun and a sense of humour is so important to me that when I’m able to incorporate it into my work, I run with it.”

Rather than stopping at glitter and short gold shorts, the video, featuring Mango, will include a musical component, featuring rapper-cum-choreographer Sharaya J.

The decision to make such a light-hearted video isn’t out of character for Wang. In the last few weeks, Wang’s attempt to make the industry more fun saw him launch a frozen yogurt truck right outside the brand’s Harbour City store in Hong Kong. Painted on the side with the words ‘Eat Me,’ the truck included an ice cream man who passed out fashionable, and free, fro-yo. Check out hashtags #joycehk and #alexanderwanghk to spot the fro-yo yourself. 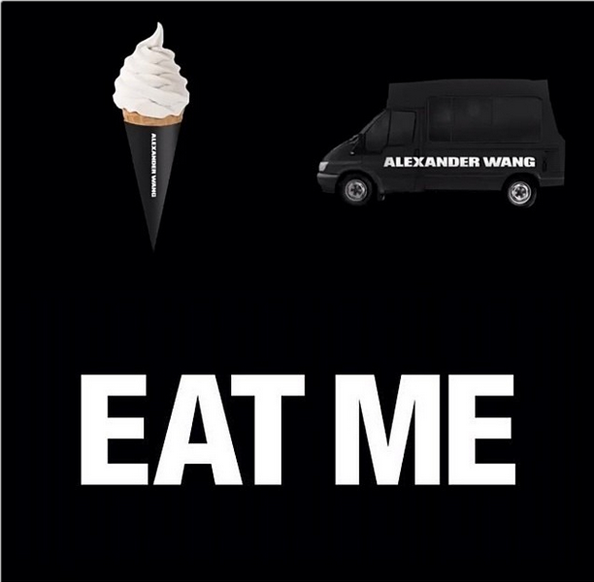 Wang is fast becoming known for his innovative ideas. Earlier this year, Wang shot his 2014 ready-to-wear ad campaign in a beat-up bathroom stall in The Old School in New York City. Before that, he moved Fashion Week out of trendy Manhattan and into the tougher Brooklyn, hosting his show next to the Brooklyn Navy Yard. And back in 2013, Wang drew on another quirky comedy star for his T by Alexander Wang campaign: Bon Qui Qui from the show Mad TV, played by Anjelah Johnson.

From 1997 to 2002, Mango featured in Saturday Night Live romantically wooing the likes of Gwyneth Paltrow, Ben Affleck, and Matt Damon. There must have been some fashion magic in his signature look of tiny shorts and bright pink berets.

The full campaign can be viewed on June 3 at www.alexanderwang.com.