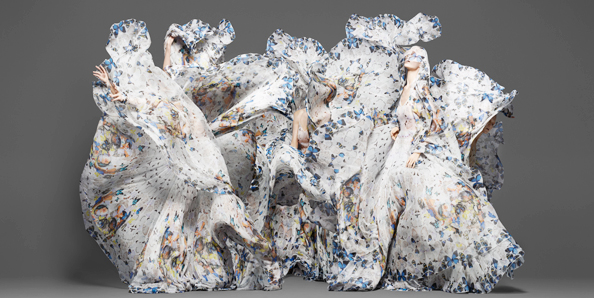 You may find it hard to believe, but it has almost been a decade since we first caught a glimpse of the late Alexander McQueen’s iconic skull scarves. Showcased in his S/S03 collection, the skull scarf has been reproduced throughout the brand’s lifetime in new materials, patterns and colours, fast becoming a must-have piece among the fashion set. So, to celebrate this mammoth feat, famed artist Damien Hirst has collaborated with the house to produce a collection of 30 limited-edition designs. 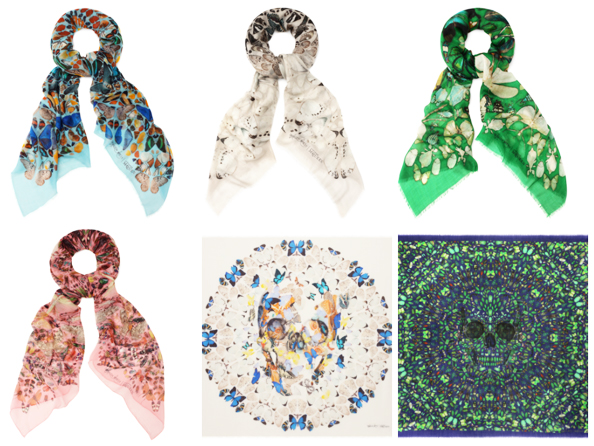 Hirst, who is also renowned for his use of skulls in his paintings and works, most famously his 2007 platinum cast of a human skull encrusted with 8,601 flawless diamonds, entitled For The Love Of God, which reportedly sold for a staggering Dhs296,005,763;  has adapted prints from his Entomoly series to don the scarves, which will be available in chiffon, pongé, twill and cashmere. Featuring butterflies, spiders, bugs and various other insects these are worked together to create a kaleidoscope of geometric shapes, laid out to form the signature McQueen skull print.

If that isn’t enough, photographer Sølve Sundsbø has also produced a short film to commemorate the occasion. Drawing on the theme of nature, the film features one of the beautiful prints blowing about in the wind across a model. Although a celebration of the houses success, the music seems to reference the sombre mood associated with the brand since the passing of Alexander McQueen in February 12, 2010 – a tragedy that will forever be associated with the label.

The scarves are now available on alexandermcqueen.com and in Alexander McQueen boutiques world-wide. With the prices ranging from Dhs1,865 to Dhs4,233 the scarves combine art and history, which every true fashionista can afford. Elbows at the ready ladies, this is sure to be the collaboration of the year.