Adrenaline junkies, you’re going to love this new adventure coming to the UAE Say hello to the world’s longest zip line from December…

With skydiving, parasailing, dune bashing and more, we’re not short of thrilling activities here in the UAE.

However one newcomer to the line-up looks set to thrill daredevils from near and afar – and break records in the process.

The UAE will welcome the world’s longest zip line later this year, located on top of the Jebal Jais mountain in Ras Al Khaimah, it was revealed this week. 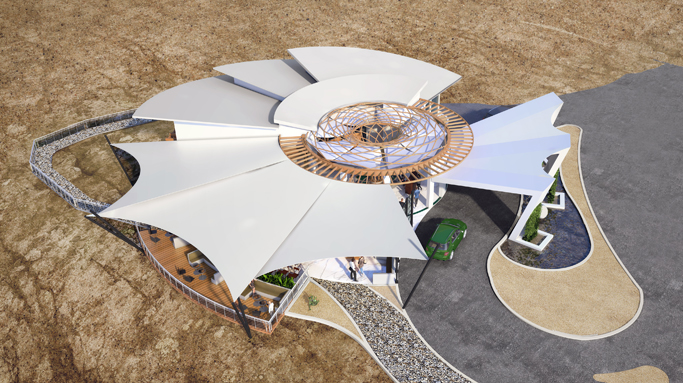 Read:
Sheikh Hamdan’s summer adventures just took him to this remote spot
Good news: There’ll be no VAT on these things in the UAE

The so-far-unnamed attraction, which will span more than 28 football fields in length, will also be the world’s highest zip line according to Ras Al Khaimah Tourism Development Authority (RAKTDA).

While the exact length won’t be revealed until its opening in the first week of December, it will break “The Monster” in Puerto Rico’s current world record of 2,200 metres, RAKTDA added.

It’s being built in collaboration with zip line operator Toro Verde, and will be constructed with eco-friendly solar energy and locally sourced natural materials.

The attraction, which will dangle customers over a 1,823 metre drop on the UAE’s highest peak, will feature two lines so you can whiz along next to a friend.

It’ll reach speeds of up to 130 kilometres per hour, making it the “closest you can get to the experience of flying”, says Toro Verde RAK’s chief commercial officer Ricardo Lizano.

“This zip line will be like no other experience out there,” he said. “Once harnessed to the zip line in a horizontal superhero position, participants will soar through the sky as if they’re a bird.”

Daredevils will start off their adventure at a welcome centre, where they’ll be briefed before being taken to the launch platform and fitted with a specially designed suit and safety equipment.

Read:
These are the beauty products Huda Kattan really uses
These 40 apps will make life in the UAE so much easier…

The flight will jettison customers to another suspended platform, where they’ll switch to a second line to make their way back to the ground.

The welcome hub will also feature a lounge and restaurant, so you can make a real trip out of it (or those who want to watch without taking part will have somewhere to get comfy).

You have to weigh between 35 and 150 kilograms to take part, and be at least 120 centimetres tall – but so long as you fit within those brackets, any age is fine. 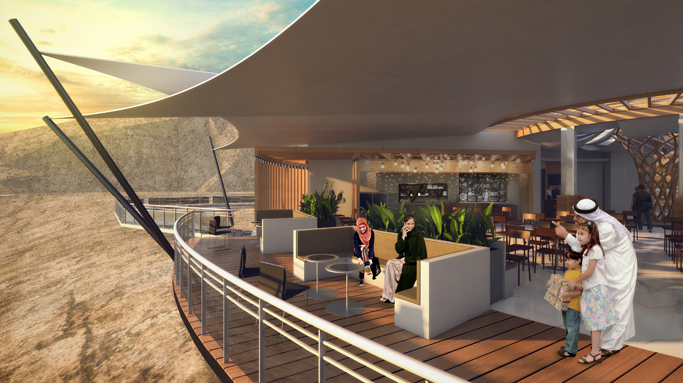 Developers say the zip line will be able to welcome 250 fliers a day, and there’ll also be the option to splash out on a helicopter transfer if you’re feeling flash.

“Jebel Jais’ dramatic and beautiful landscape offers an iconic backdrop for what will be a bucket list experience for people all around the world,” said Toro Verde RAK CEO Jorge Jorge.

The attraction will join Jebel Jais’ Via Ferrata, another zip line on the mountain which consists of three routes.

The Via Ferrata (Italian for “iron road”) allows adventurers to traverse 440 metres of rockface over about four hours, strapped to a very solid (we promise) steel cable.