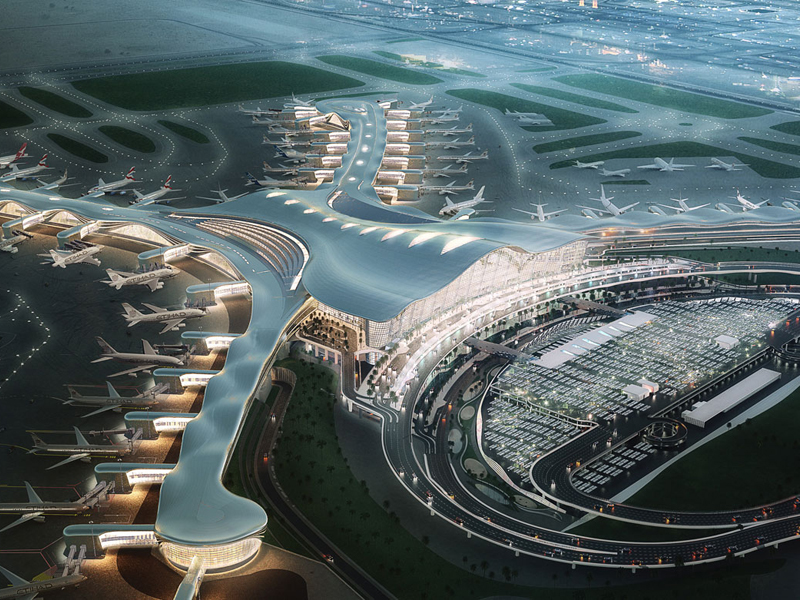 The steel structure of the new MTB’s central processor roof has now been completed, with the last piece of metal having been put in place last month. 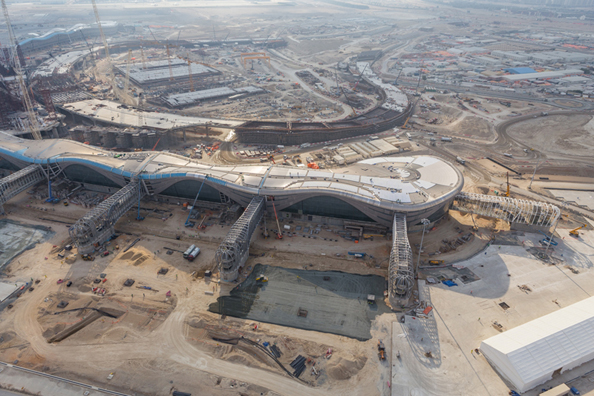 The roof, spanning 319 metres at its widest point is made up of 18 arches, the largest of which stretches 180 metres wide and stands 52 metres high.

Chief Programs Officer at Abu Dhabi Airport, Sulaiman Al Siksek said: “We are delighted to have achieved this milestone, as we can now move forward with the closure of the central processor area by completing all de-propping works for the roof by the end of this month.

“Once the overall structural work and the closure of the building envelope are complete we will hand over the internal space to our concessionaires so they can commence the fit-out of their exceptional retail concepts.”

This flyover video released in May by Abu Dhabi Airports shows the progress made on the MTB so far.

The MTB, along with the Abu Dhabi International Airport’s existing terminals will serve the increasing number of passengers who fly through the capital each year.

In 2015, a record 23.3 million passengers passed through AUH as their origin, destination or transit point, with the number of travelers expected to surpass 45 million within the next 10 years.

Read: 12 Amazing Things You Didn’t Know You Could Do At Dubai Airport

The MTB, when complete, will be the largest architectural structure in Abu Dhabi, visible from more than 1.5km away, and will be found between the two runways at AUH, providing a shorter journey from runway to parking stand, allowing for a quicker experience for passengers.

A rendering of the completed Abu Dhabi airport

– For more about Dubai’s lifestyle news and fashion scene straight to your newsfeed, follow us on Facebook.