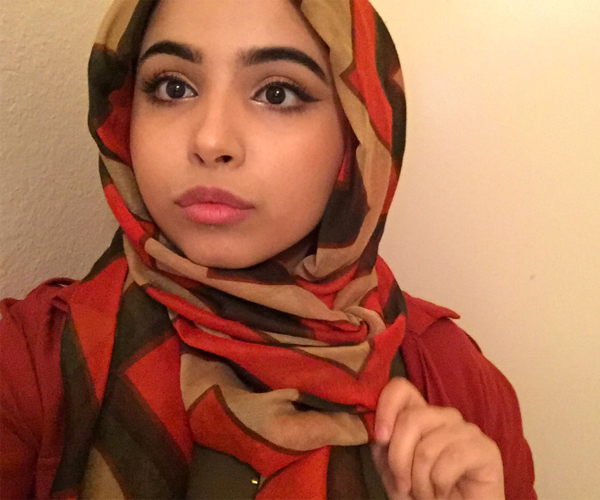 A text conversation between a Muslim teen and her father is breaking down stereotypes about women who wear hijabs… and giving us all the feels in the process.

Lamyaa, a 17-year-old Saudi living in Pennsylvania, USA, was discussing politics in a group chat when she criticised President Donald Trump’s treatment of Muslims.

A member of the chat immediately lashed out at her, writing: “Stop defending Islam ***** shut up you couldn’t take that scarf off or your dad would beat your ***.”

Lamyaa decided to conduct an experiment. She texted her father, who lives in Saudi Arabia, and said: “Baba, I want to tell you something.”

Initially, her father was concerned, writing in Arabic: “Habibti [my love], are you ok?”

“I was thinking I want to take my hijab off,” Lamyaa said, to test his reaction.

Her father responded that it was not his – nor any man’s – decision to make.

“If it’s what you feel like you want to do, go ahead. I’ll support you no matter what,” he said.

Hoping to dispel the idea that the hijab is a symbol of oppression, Lamyaa posted both conversations side by side on Twitter – and the tweet quickly went viral, receiving almost 147,000 retweets.

While she received plenty of support, some pointed out that although she might have a choice in wearing the hijab, many women do not.

But Lamyaa had the perfect response for them, too.

“Yes, a lot of women are forced to wear the hijab. That’s horrible and I have been one to point that out numerous times,” she said.

“That oppression however isn’t what the hijab symbolizes, it’s not why women wear it. I personally chose to wear the hijab, for myself and for God.”

We couldn’t have said it better ourselves.