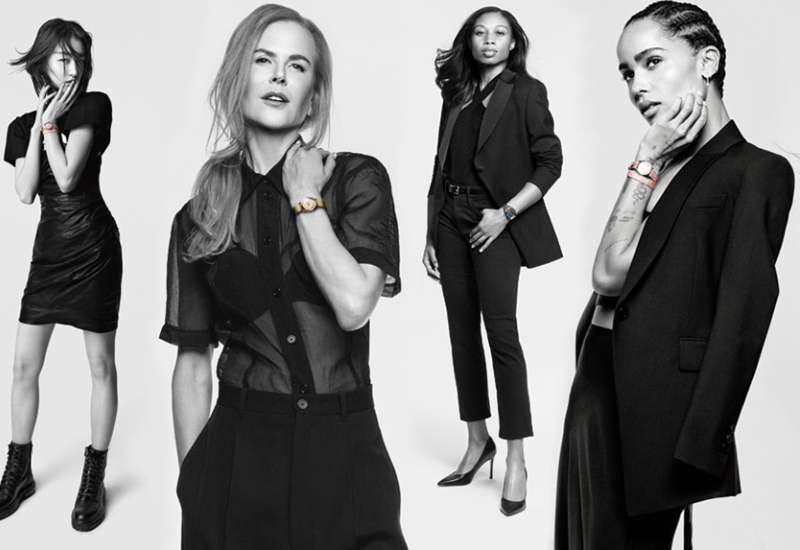 IN PARTNERSHIP: For more than 100 years, Swiss watchmaker Omega has been championing incredible women from all walks of life.

This still rings true today as the heritage luxury brand has unveiled its latest campaign with seven inspiring females at the forefront.

Captured in a series of black and white portraits, the latest campaign entitled ‘My Choice’ showcases each individual with her timepiece of choice paired with the inspiring words she lives by.

This diverse group of females all represent the modern woman of today possessing unwavering confidence, timeless beauty, incredible power and tireless spirit, all values which Omega themselves continue to embody and champion.

Representing these women and all walks of life, it depicts how Omega is there to celebrate and mark each hour of each day moving forward.

Below, each inspiring individual share their words of wisdom paired with their timepiece of choice. 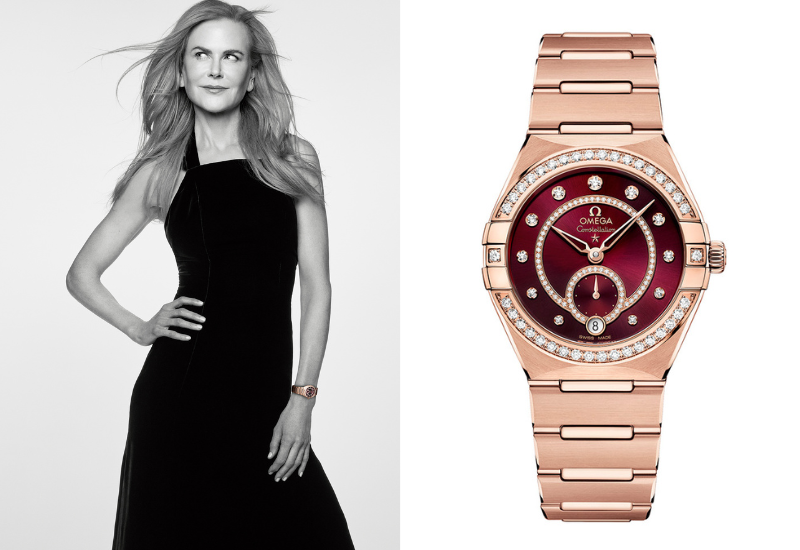 With an acting career spanning over four decades, Oscar-winning actress Nicole Kidman is one of the biggest names in Hollywood. Wearing the Constellation Small Seconds, Kidman explains that while she’s played many different roles throughout the years, at the core of everything it’s just… her. “I get to be powerful, playful, try on moods,” she says. “Looks, eras, styles… but at the heart of it all… is me.” Zoë Kravitz is one of the biggest names in Hollywood. With the titles actress, director and model all under her belt she’s not someone that can be put into a box and that’s exactly what she loves to champion – choice. “Being free to make choices can be a mystery. But that’s magical, and I love that side of me,” she says, wearing the Constellation 28mm with patchouli blossom dial. 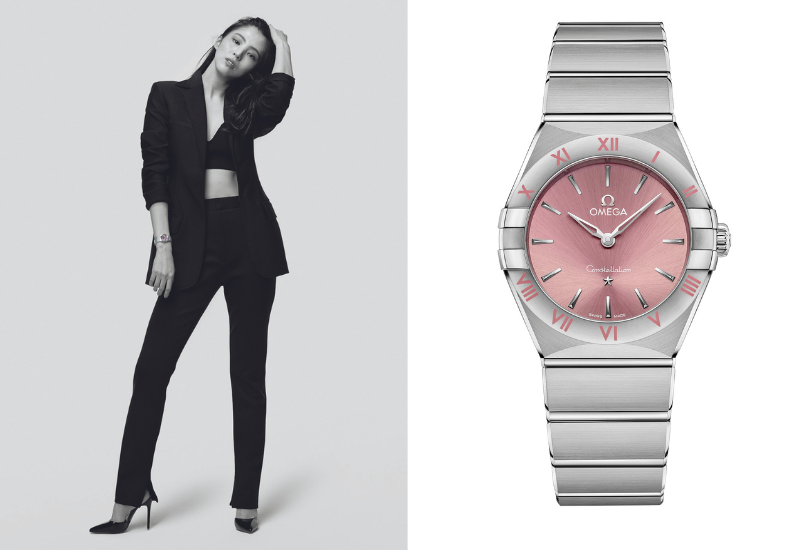 This South Korean actress’ career began just a few years ago in a number of supporting roles. However, now at 27-years-old, So-hee Han is now taking centre stage in all aspects of her life. An assured individual full of tenacity, this actress is going places and she knows it, too. Wearing the Constellation 28 mm with blush rose dial, Han affirms: “I know who I am, where I came from, and where I’m going – at all times.” 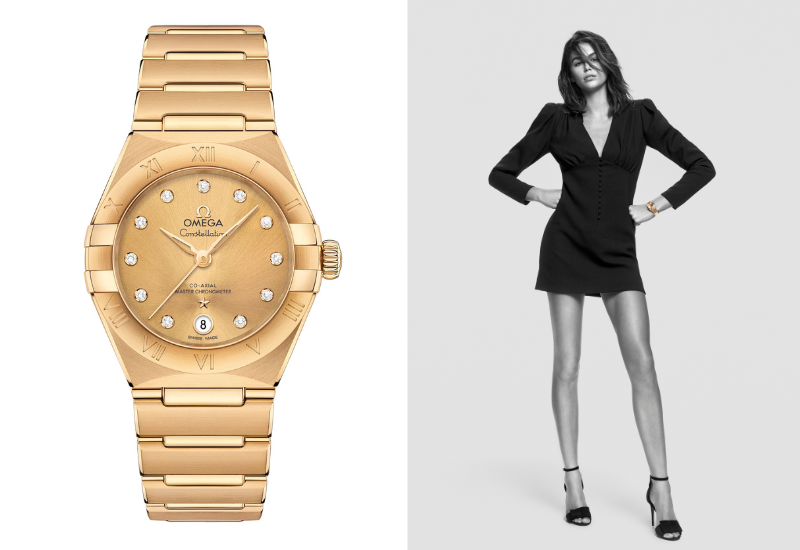 Kaia Gerber is one of the most well-known faces in fashion right now. Having walked the runways of the most celebrated luxury brands including Versace, Burberry, Calvin Klein and more, the only way is up in for this supermodel. With an effortlessly cool vibe, Gerber always ensures she’s just herself, and while she explains this is “complicated”, it’s always a positive. Wearing the Omega Constellation Master Chronometer in 18K yellow gold with champagne dial, she says, “Being yourself is complicated – and that’s a good thing.” 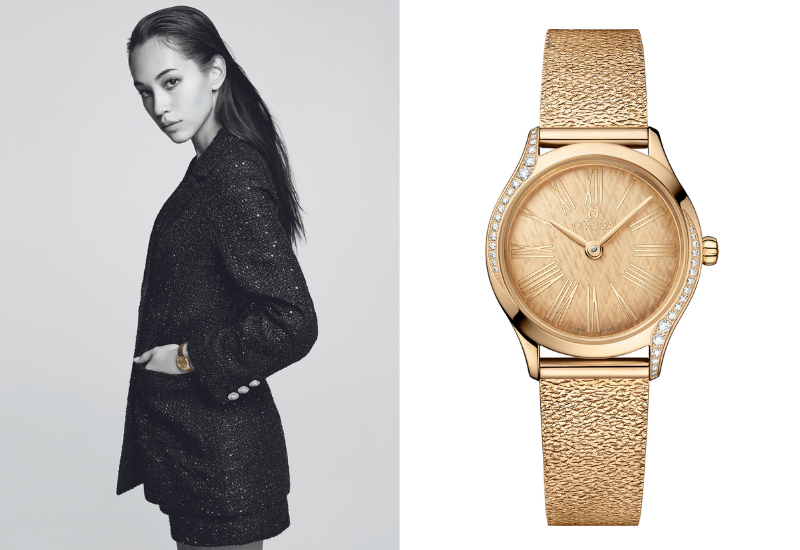 Kiko Mizuhara began her modelling career at just age 12 and has gone on to forge an impressive career in the fashion space ever since. With a penchant to wear multiple hats, she has also gone on to launch her own designer brand ‘OK’, as well as move into the realm of acting, first starring in Norwegian Wood in 2010. Her career path rings true to the words she lives by. “To truly be yourself, you must be willing to change and grow. Time will reveal all,” she says wearing the Omega gold Trésor. 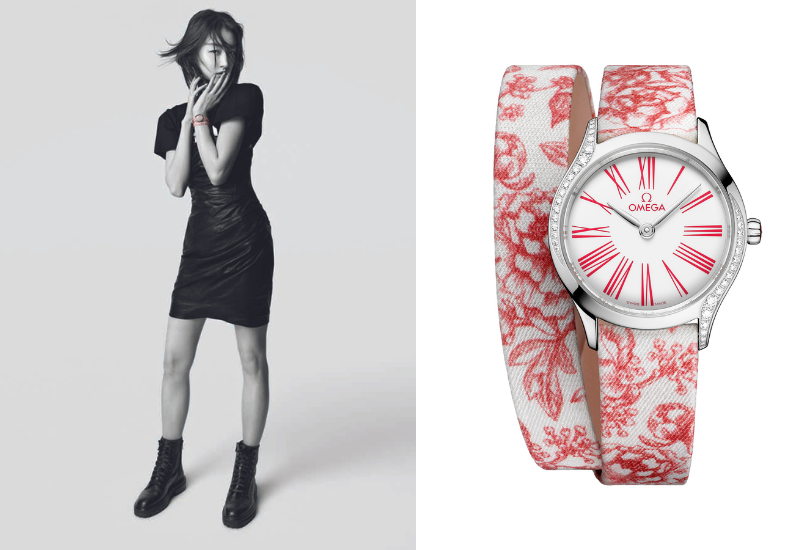 Dongyu Zhou is a powerhouse of an individual who always stays true to her true self. The critically-acclaimed star is the youngest actress to hold the three most significant awards in Chinese film – Best Actress at the 53rd Golden Horse Awards in 2016 for Soul Mate, and best actress for Better Days at the 39th Hong Kong Film Awards and 33rd Golden Rooster Awards. However, above all, what’s most important is staying true to herself. “In many cases, it’s best just to be yourself,” she says wearing the diamond-edged De Ville. “Let everyone see your uniqueness.” 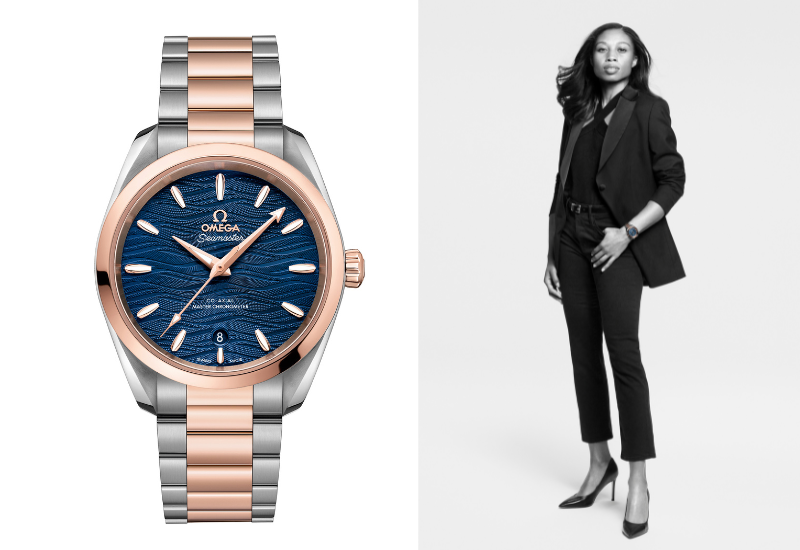 Seven-time Olympic gold medallist Allyson Felix is one of the most celebrated athletes in the USA and around the globe. With a hugely impressive athletics career behind her, Felix is still all about moving forward and looking to the future. “It’s not about finding yourself, it’s about creating yourself,” she says wearing the Seamaster Aqua Terra. “I like to be open to possibilities – keep things moving.”