7 future monarchs around the world 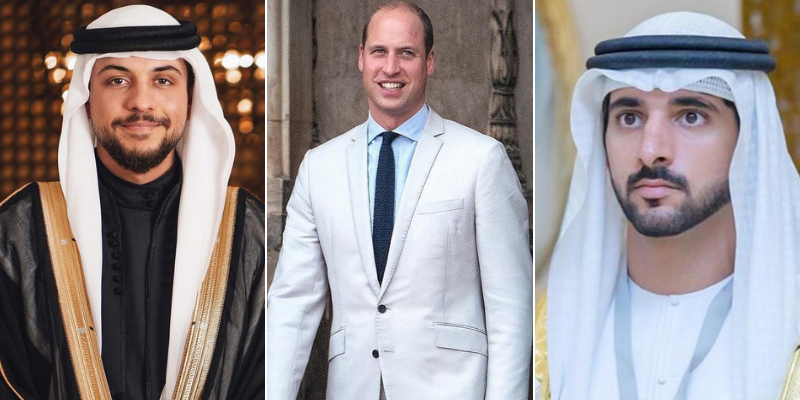 With several royal families being around the world, there are an array of adorable princes and princesses who will rule the world one day, making them the future rulers of their respective nations.

Emirates Woman has gathered a list of all the future monarchs to keep an eye on from different parts of the world.

Popularly known as Fazza, His Highness Sheikh Hamdan bin Mohammed is the son of Sheikh Mohammed bin Rashid Al Maktoum and was appointed the Crown Prince of Dubai 2008. While being known his presence on social media as he visits all the best restaurants in the UAE while constantly being on the move with his adrenaline-fueled activities, which range from scuba diving to horse riding. Sheikh Hamdan is a well-respected figure in the Middle East and has also studied at the Royal Military Academy, Sandhurst.

The son of King Abdullah II of Jordan and Queen Rania was officially appointed as the Crown Prince of Jordan in 2009, at the age of 15. Prince Hussein graduated from UK’s prestigious Royal Military Academy Sandhurst in 2017, while holding the rank of second lieutenant in the Jordan Armed Forces-Arab Army. Having launched many initiatives, he is also actively involved in youth empowerment efforts and became the youngest person ever to chair a UN Security Council Meeting.

The Crown Prince of Morocco was a participant in the One Planet Summit in France in 2017, while still attending school. He’s the eldest child of King Mohammed VI of Morocco and Princess Lalla Salma, he was named after his grandfather Hassan II and is set to succeed his father as king one day.

Princess Catharina-Amalia of the Netherlands

With Netherlands’ Kingdom being established in the early 1800s, Princess Catharina-Amalia is also known as Princess of Orange-Nassau and also the eldest daughter of King Willem-Alexander and Queen Máxima. With hobbies ranging from horse riding to hockey, she attends the Christelijk Gymnasium Sorghvliet in The Hague.

While being the first in line to the throne occupied by her father, King Philippe, Princess Elisabeth also has three younger siblings. She started military school late last year and was previously studying in Wales. She began her training at the Royal Military Academy in Brussels, as she’s also the heir to the Belgian throne. Elisabeth will be Belgium’s first queen regnant, as per a change in the 1991 law that allowed for females to keep their place in the line of succession over younger brothers.

While being a member of the British royal family, he is the elder son of Charles, Prince of Wales and Diana, Princess of Wales. Since birth, he has been second in the line of succession to the British throne. The Duke of Cambridge previously trained with the army, Royal Navy and RAF before spending three years as an RAF search and rescue pilot with RAF Valley in Anglesey, North Wales, with later moving on to take on more royal duties.

The elder child of Crown Prince Haakon and Crown Princess Mette-Marit, is a member of the House of Glücksburg as she’s expected to be the country’s second female monarch after the 15th-century Queen Margaret, and is the second in line to succeed her grandfather King Harald V. The princess has also won a gold medal in the Norwegian surfing championship for juniors in October 2020.