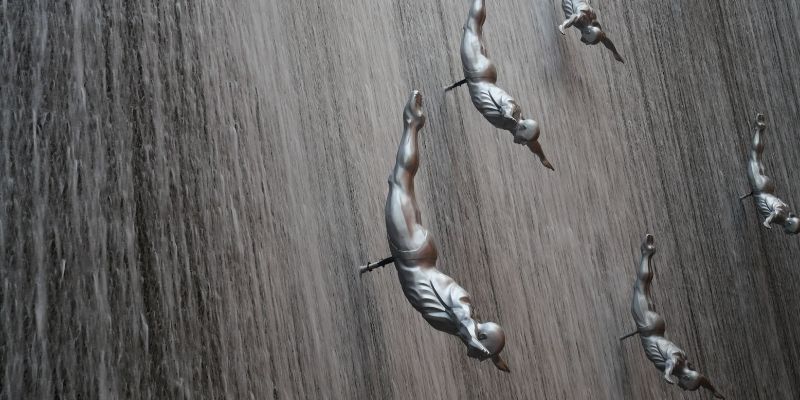 The Dubai Mall is iconic for its fashion, entertainment, attractions and more. But sometimes what is overlooked is the exquisite art it houses.

One such structure which is the most striking of all is the Dubai Mall Waterfall. While it’s frequently used as a meeting point in the world’s biggest mall, the landmark also has some exquisite artistry and craft behind it.

While frequent visitors to the Dubai Mall are familiar with such a spectacle, here are a few facts we found captivating about the indoor art installation.

The mammoth landmark is a whopping 24 metres tall – scaling the entire four floors of the mall. The man-made cascade also spans 30 metres wide, allowing for every step to have a different view and focal point. 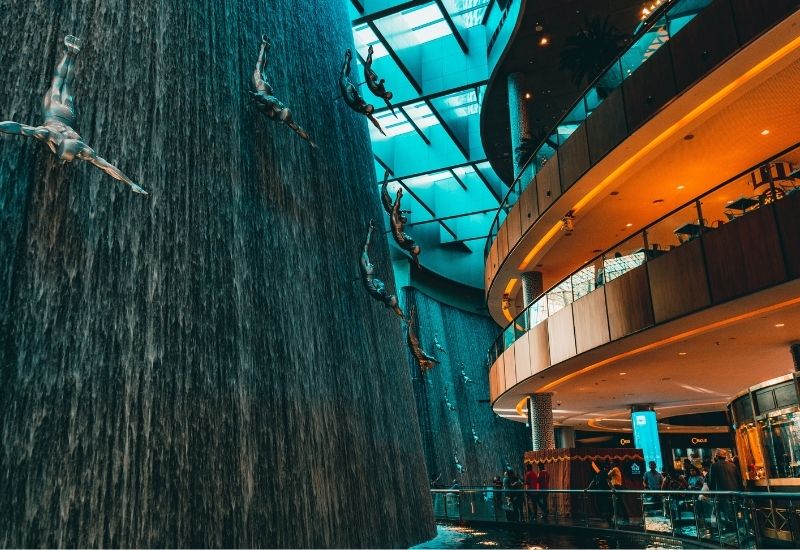 Photo by Dovi on Unsplash

It represents the deep-rooted history and identity of the UAE

The Dubai Mall Waterfall represents pearl diving, one of the main sources of livelihood for Emiratis prior to the oil boom, as well as the beauty and importance of water in the UAE.

Dating back to antiquity, pearl diving is still one of the UAE’s most treasured traditions. Archaeologists have found evidence of pearl diving from over 7000 years ago allowing numerous Emirati families to trace their prosperities back to the historic pearl diving of their ancestors. 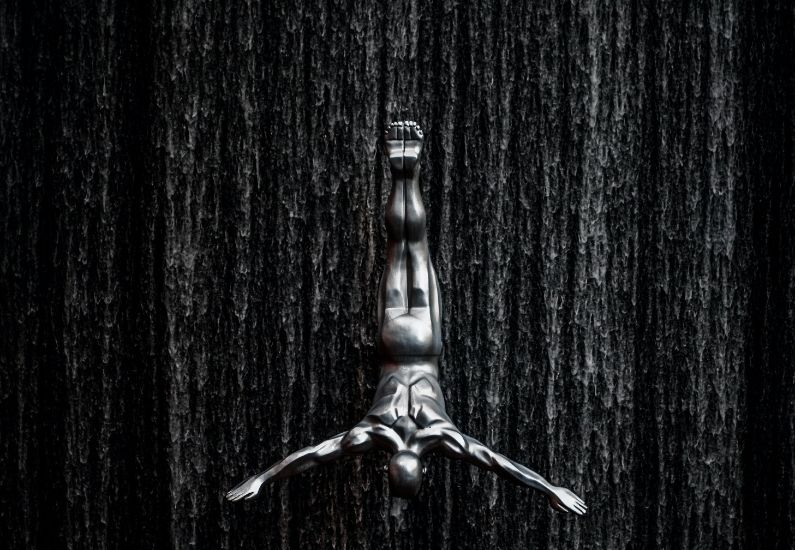 The waterfall has two names

The waterfall is best known as the Dubai Mall Waterfall, however, it is also referred to as ‘Pearl Divers’.

This name comes from the deep-rooted history of pearl diving in Dubai. Numerous figures face downwards towards the shallow pool of water adjoining the 24-metre cascade, evocative of the deep dives prior to the oil boom.

It was designed by a Singapore-based architect

Toh Sze Chong was the mastermind behind the Dubai Mall Waterfall. After winning the commission for the Dubai Mall in 2008 Chong installed the Pearl divers in 2009.

When asked about his stylistic approach to design and architecture, Chong said, “As living patterns evolve, it is important to keep up to speed with prevailing trends and be innovative.”

The falling water creates an illusion

An overhead reservoir consistently feeds recycled water to a pair of cylindrical structures, creating an endless, smooth downpour of water over the cascade’s façade.

This rhythmic waterflow gives the illusion that the human figures are moving rather than the water, deceiving the eye by creating an animated visual spectrum.