5 brunches in Dubai that are reopening this weekend 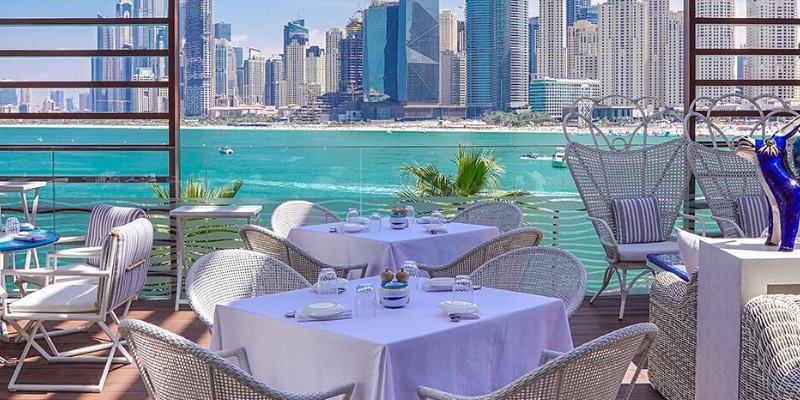 With the movement restrictions around the emirate having been reduced in order to kick-start businesses getting back to a sense of normality, brunch is back on track.

However, it won’t be exactly as you remember it. Social distancing measures will be in place, and it’s table service all the way as buffets are still banned. Furthermore, there’s only four people allowed per table and you can only stay in an establishment for three hours.

Regardless, if you’re chomping at the bit to get out of the house to socialise with friends, here’s five brunch hotspots that are back in business as of this weekend.

With unbeatable views of Dubai, Alici is back in business. This must-try seafood restaurant has an array of Italian dishes on its menu (including plenty of seafood, of course) and a lengthy cocktail list inspired by the flavours of the Amalfi coast. Their brunch package is available on Fridays from 1pm to 4pm – Dhs395 for soft drinks, Dhs495 for house drinks and Dhs595 for sparkling.

At Jumeriah Al Naseem’s three restaurants – Kayto, Summersalt and Rockfish – brunch is back on the cards. Soft drink packages are available for Dhs395 and for alcoholic beverage packages it’s Dhs495, available Fridays from 12.30pm to 3.30pm. You can be rest assured this resort is sterilising everything to the highest of standards as it just became the first hotel in the world to become officially certified for its hygiene practices.

If you’re feeling a spot of Japanese, then the return of Zuma’s brunch is the one for you. Running every Friday and Saturday between 12pm and 4pm with packages including: Dhs395 for soft drinks, Dhs495 for wine, beer and prosecco and Dhs595 with champagne.

Craving breakfast foods? If so, La Cantine is the brunch you should be heading to. With their menu crammed full of breakfast dishes (of course, there are other options), head to this eatery on Saturdays between 12pm and 4pm. Packages are priced at Dhs265 for soft drinks, Dhs400 with wine and beer and Dhs650 for premium.

For a full-on feast, head to Prime 68’s ‘Afternoon Feast’ on Fridays from 1pm to 4pm. With a set menu including a series of steak dishes and also vegetarian options, there’s something for everyone. Packages are priced at Dhs199 for soft drinks and Dhs349 for house drinks.