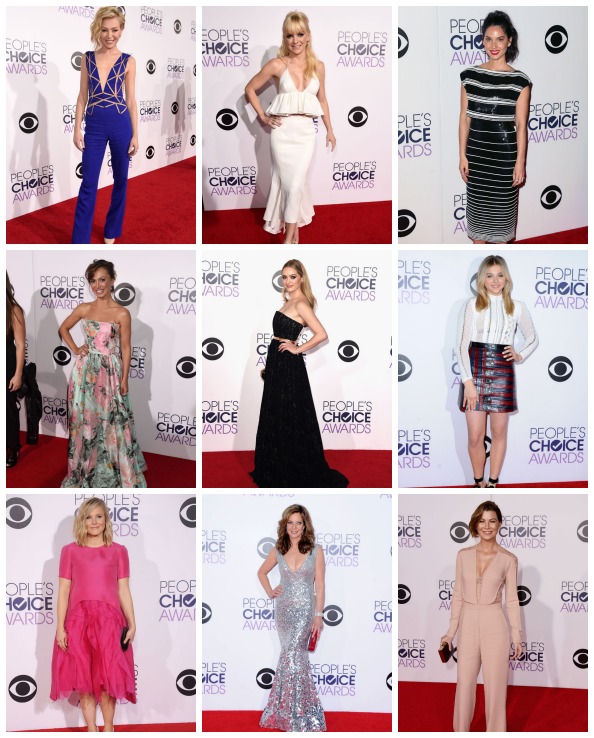 The first of the red carpet events have started with last night’s 41st People’s Choice Awards – a ceremony that celebrates the stars TV, Film and music. The event saw sea of sartorial savvy stars dazzling in their finest wears. Unfortunately, not everyone got the fashion memo with some less desirable wardrobe choices on show. Here are the best and worst dressed from the night… and also who won what…There was a clear black and white fashion trend at the People’s Choice Awards, which was held at the Nokia Theatre in Los Angeles. Though breaking up the monotony of the monochrome colour palette was a range of vibrant hues of neon pinks, greens and blues… 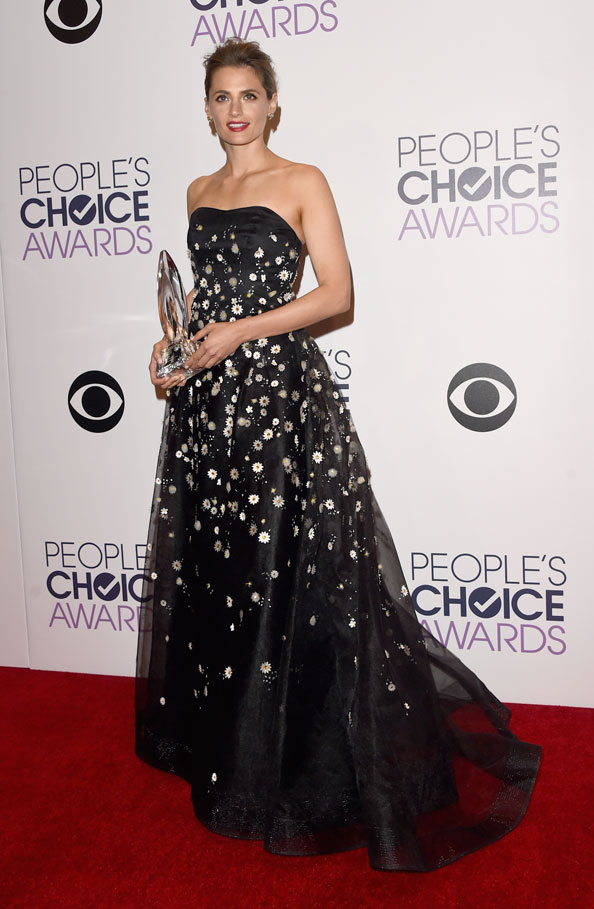 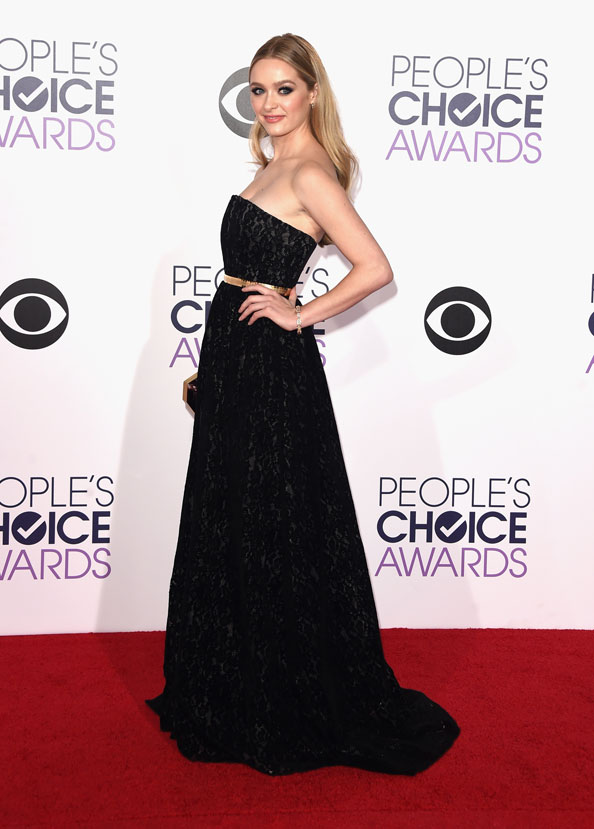 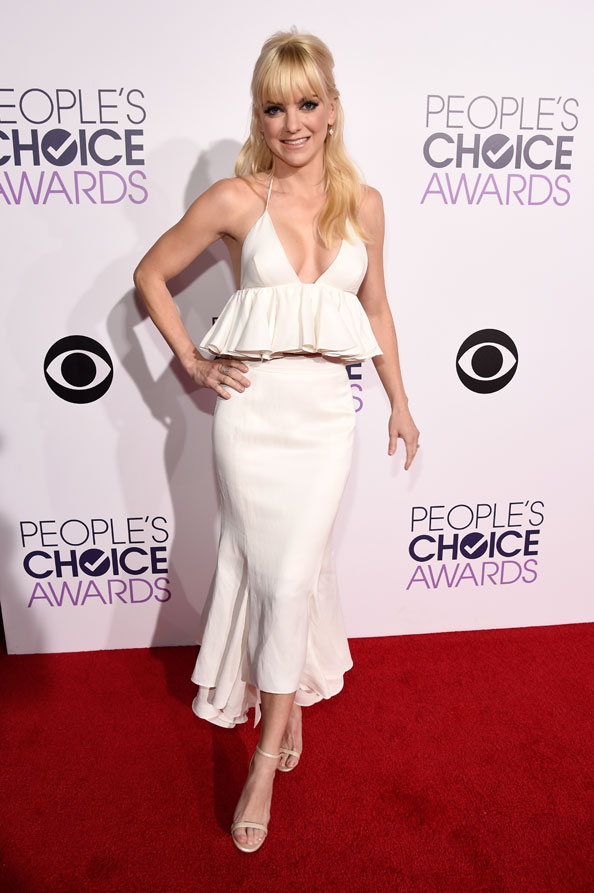 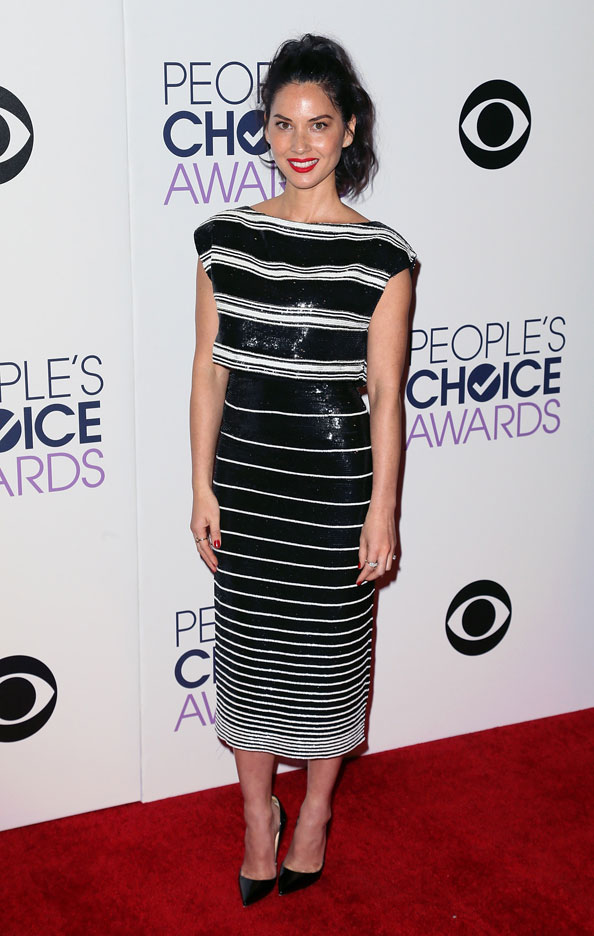 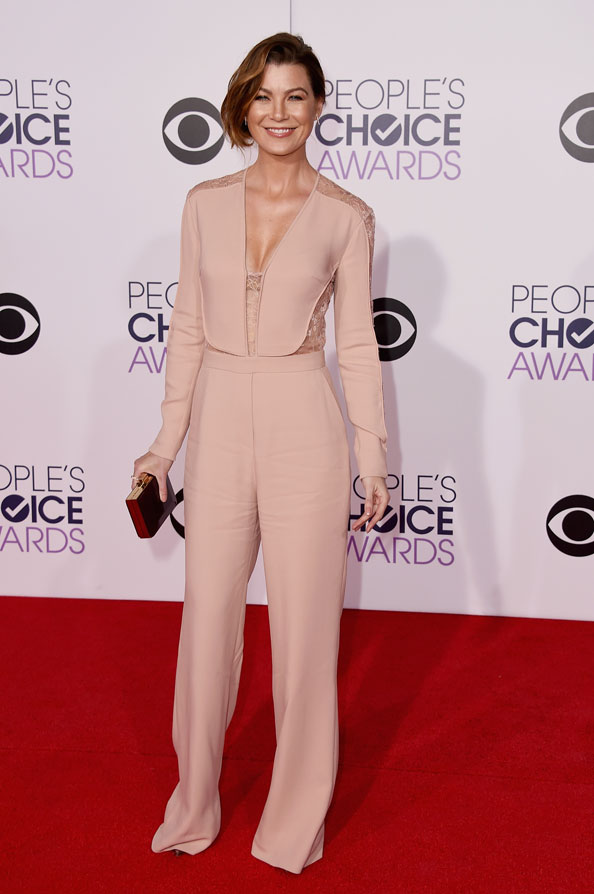 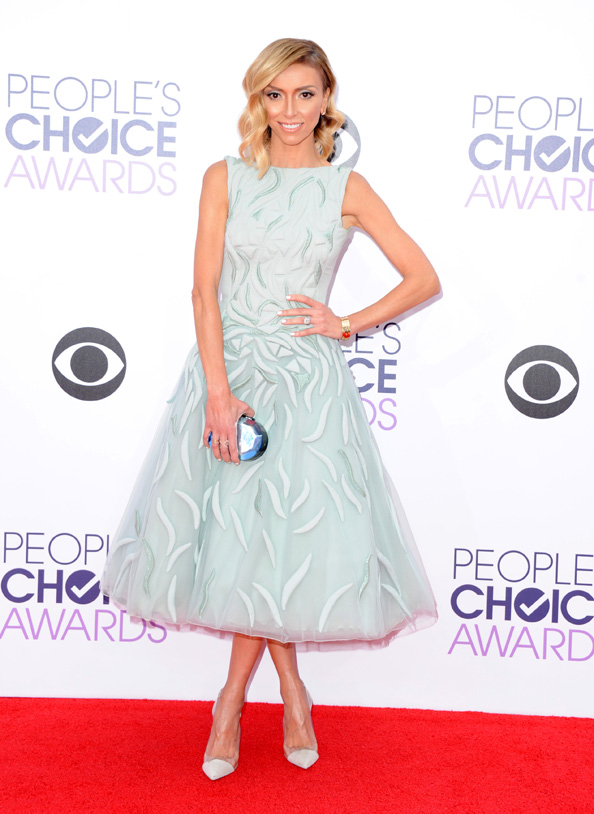 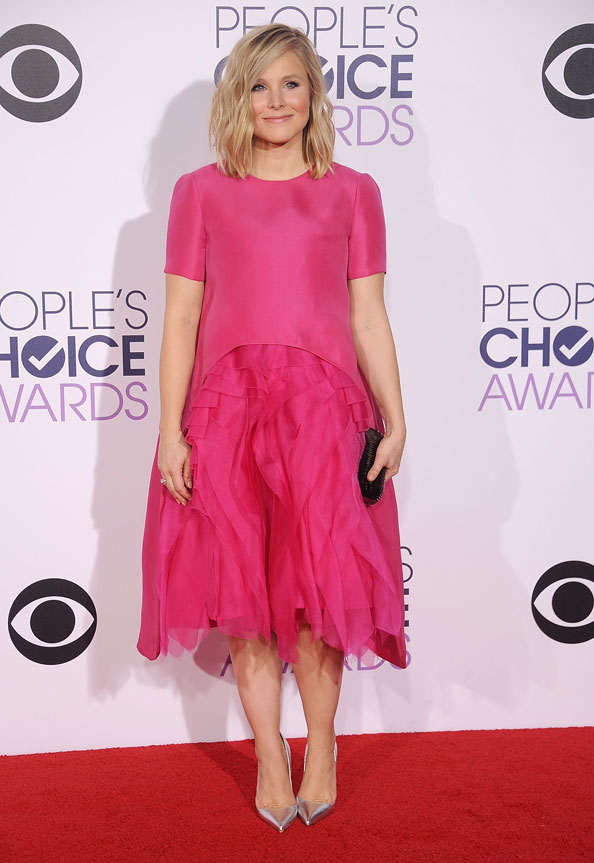 We love the colour and the frills on this Monique Lhuillier frock. A great choice for Kristen Bell for her first red carpet appearance since giving birth. 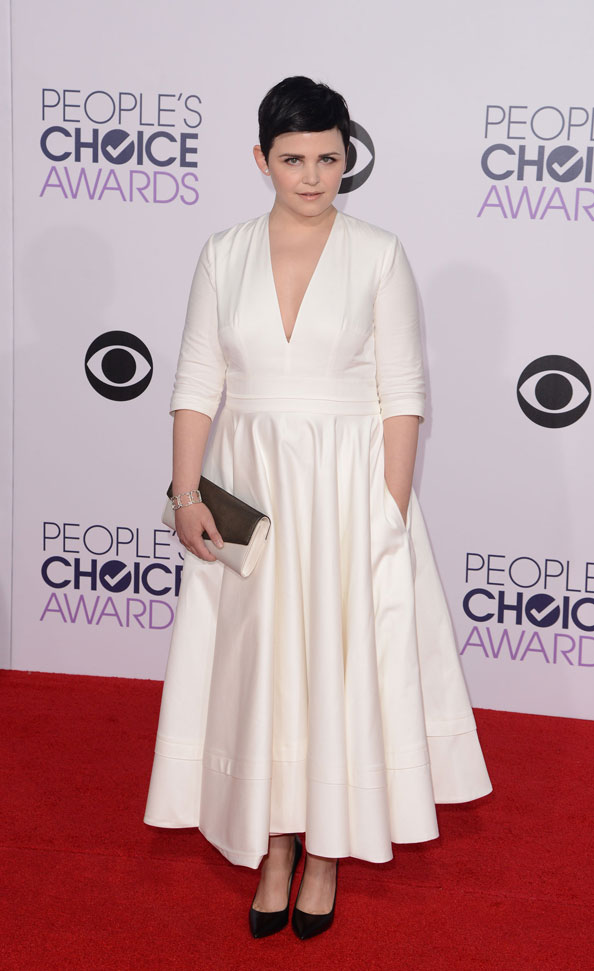 Once Upon a Time star Ginnifer Goodwin proves simple can be chic in this stunning ankle-length dress with a V-shaped décolletage, which pair perfectly with her Palter Deliso heels. 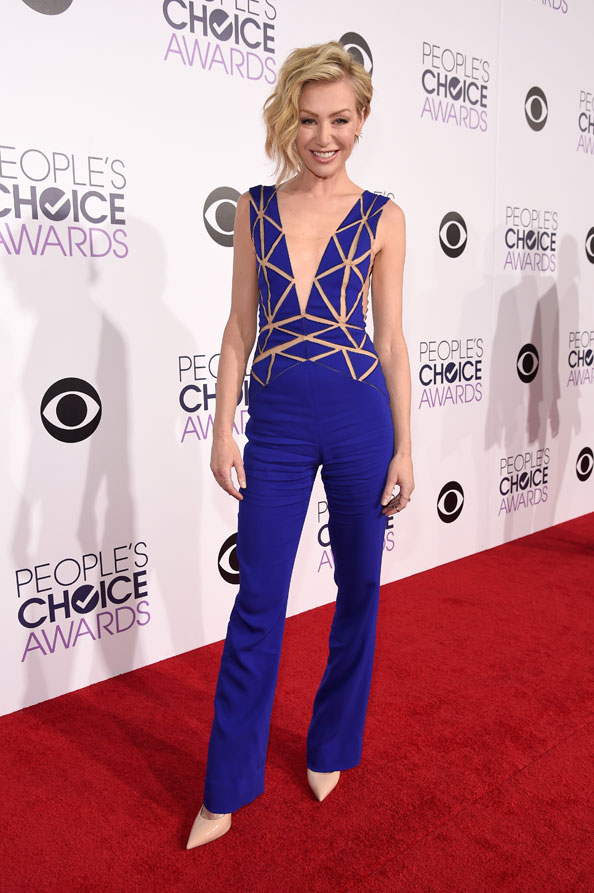 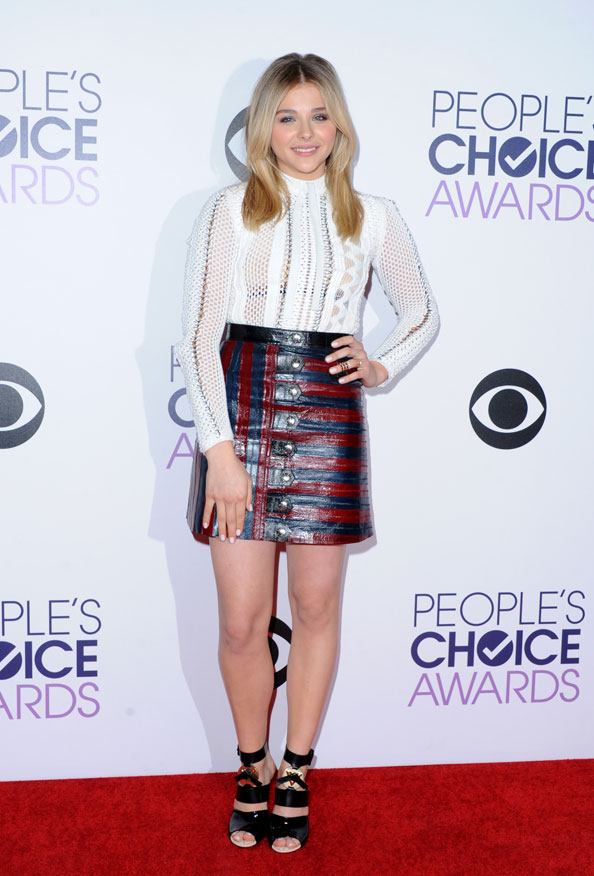 She might be 17 but Chloe Moretz Grace certainly knows how to dress. We love the fact that while young she still keeps it demure. 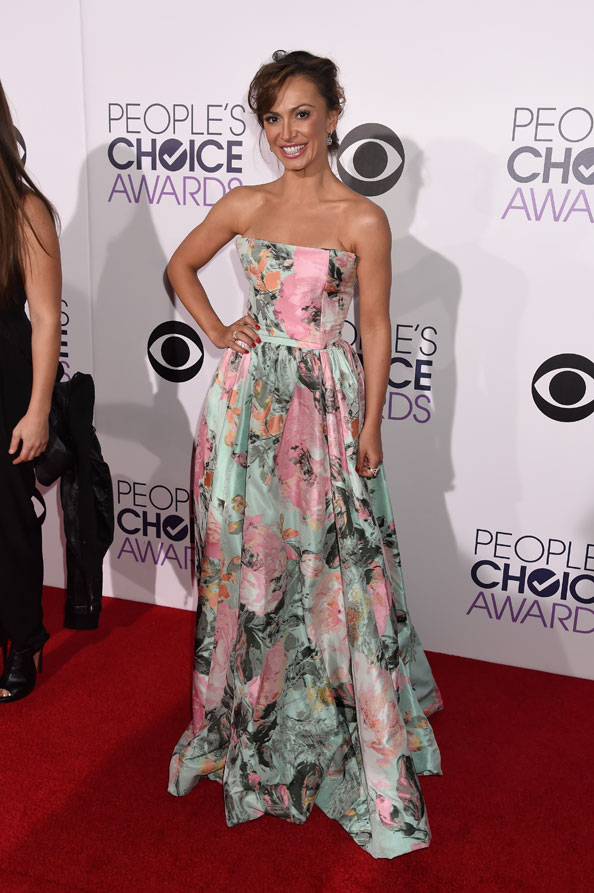 Pretty in pink (and florals) is Karina Smirnoff, dancer from Dancing In The Stars. 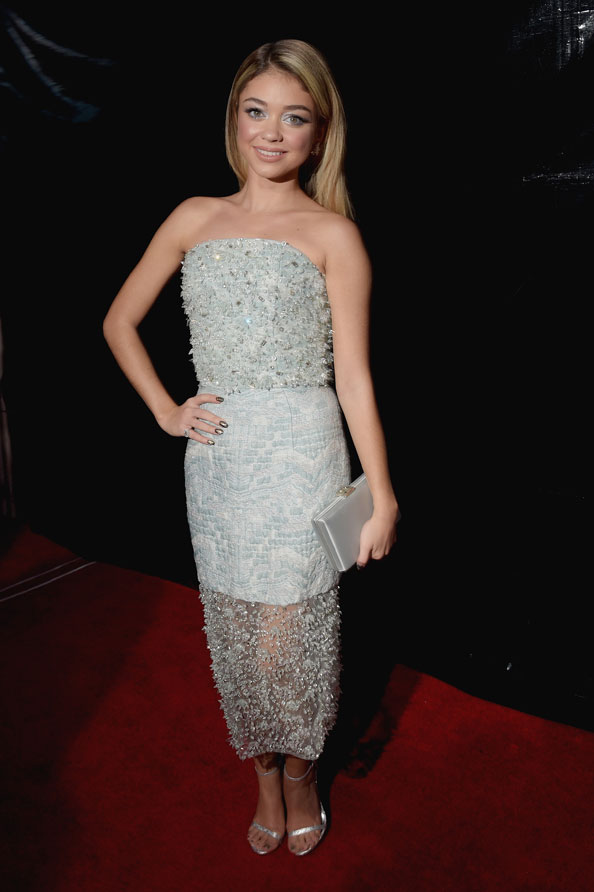 Modern Family star Sarah Hyland proves she is all grown up in a strapless, silver Christian Siriano gown. 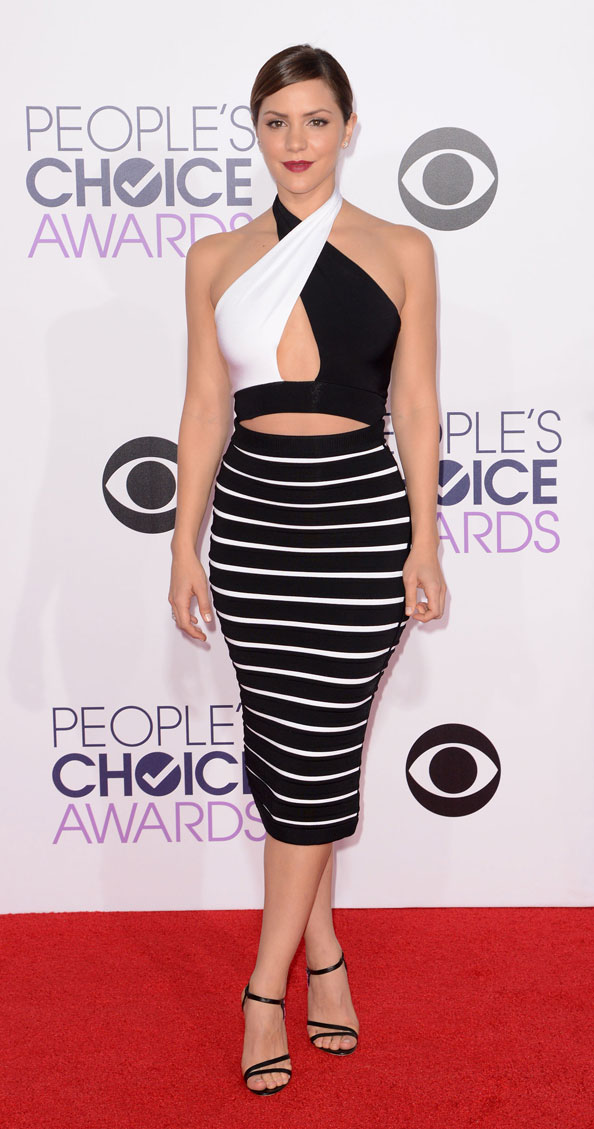 Katherine McPhee somehow gets it wrong in this Balmain bodycon number. 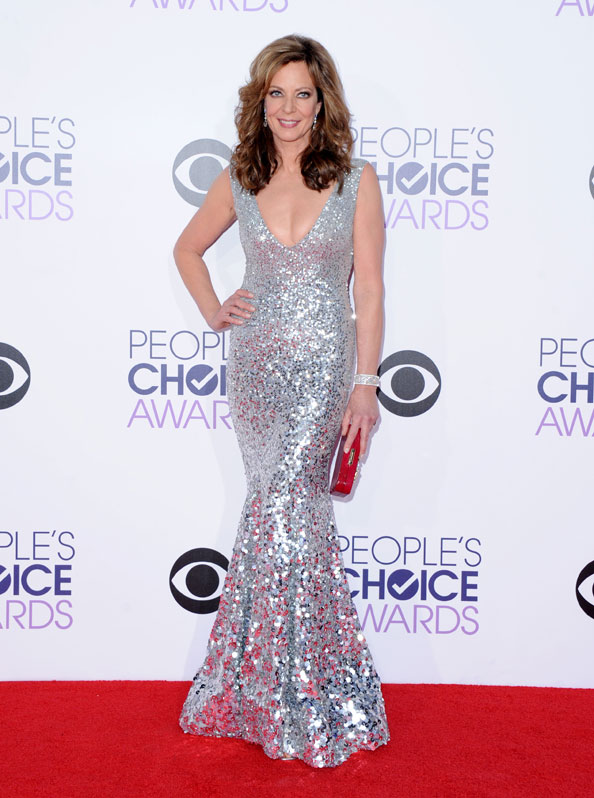 Sorry Alisson Janney, we love the Rani Zakhem gown but not what it does to your cleavage. 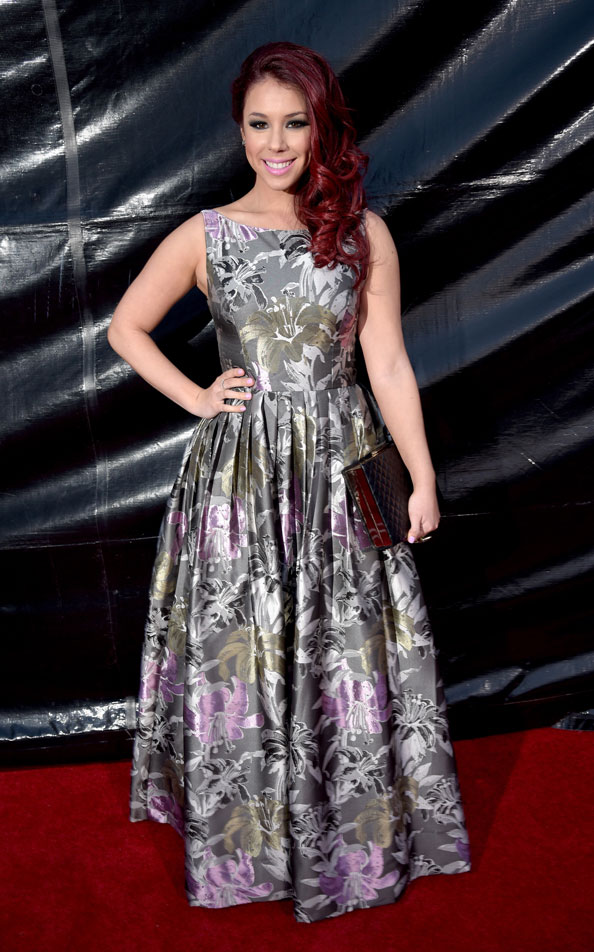 With a high bardot neckline, actress Jillian Rose Reed should’ve tied back her red locks, which also ended up clashing with the floral print on her otherwise interesting metallic dress. 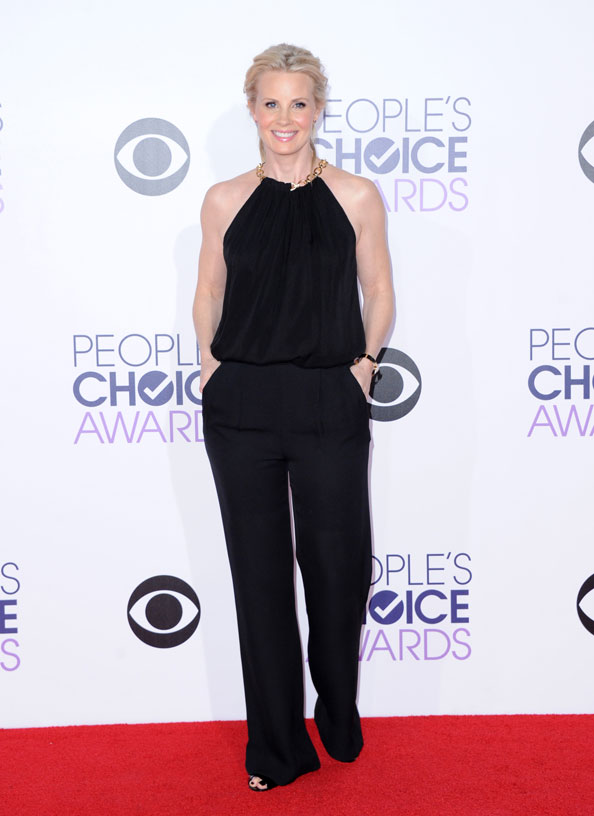 Pretty face and great bod, so why on earth did actress Monica Potter opt for this boring black jumpsuit? (Look to Porta De Rossi and Ellen Pompeo for how to rock a jumpsuit on the red carpet). 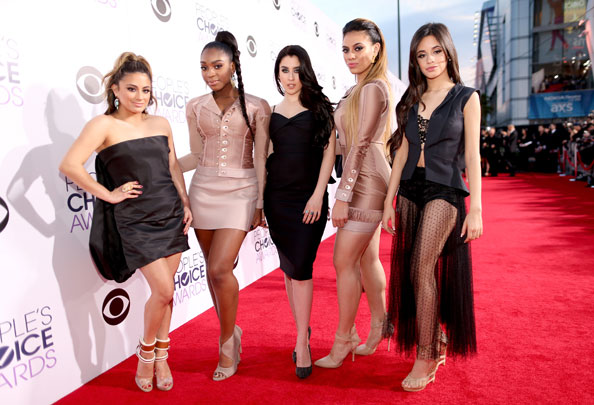 There’s simply nothing positive to say about this. It’s all kinds of wrong from girl band Fifth Harmony. 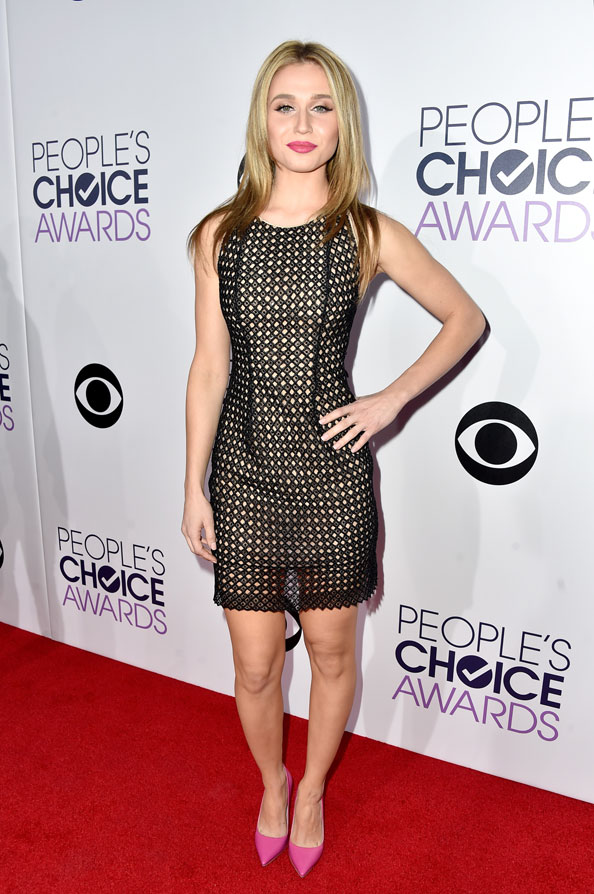 Enough about the fashion. Here’s the winners: