You’ve got to see these Michael Cinco designs 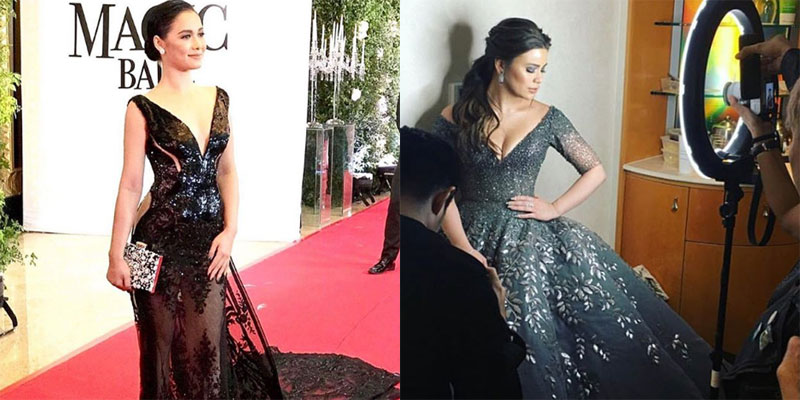 The Dubai-based fashion house has done it again…

He’s dressed Jennifer Lopez and Aishwarya Rai, and created some of the most stunning wedding gowns we’ve ever seen. Michael Cinco knows his way around a fashion moment.

We’ve come to know him for big trains and big drama, and the gowns Cinco designed for the Star Magic Ball in his native Philippines were no exception.

READ:
Michael Cinco gets super romantic with this blush-pink wedding gown
Aishwarya Rai just had a total Cinderella moment thanks to this Dubai designer

First up is actress, dancer and singer Maja Salvador. The 28-year-old beauty is a huge star, and Cinco’s design was in keeping with that level of glamour.

Look at that beading, and that sheer fabric. Salvador looks like a complete movie star. Who said black was boring? We’re thinking they hadn’t seen this plunging but perfectly fitted neckline.

Here’s another view of the gown:

Actress and singer Denise Laurel, who attended the ball on her birthday, also chose a Cinco gown. Adapted from a look from Cinco’s SS17 show, the full-skirted number had a sweetheart neckline and botanical embellishments. It’s a bit of a showstopper.

Daniel took to the red carpet with her son, which is rather lovely.

And here’s the dress side-by-side with the runway version it’s based on. Both are beautiful, for sure.

We haven’t seen menswear from Cinco before, but for this special event, he dressed actor Tommy Esguera in a brocade suit. Colour us impressed.