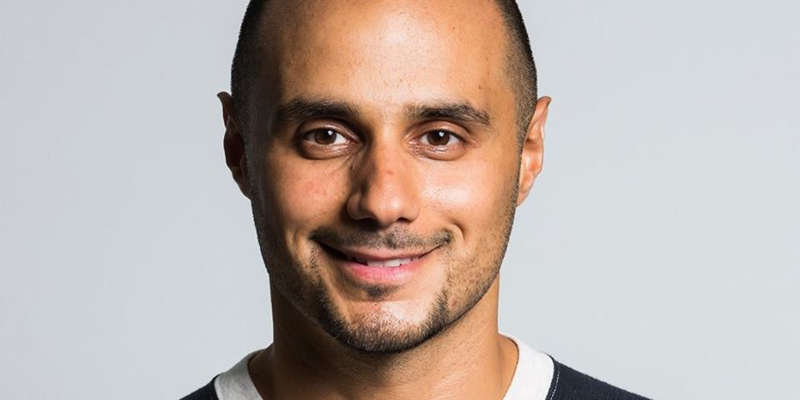 HRH Prince Khaled Bin Alwaleed is on a mission to open plant-based restaurants throughout the Middle East.

It’s a way of eating that has been growing in popularity across the world in recent years—and it turns out that veganism has one rather regal supporter.

Saudi Arabia’s HRH Prince Khaled Bin Alwaleed is a passionate advocate for the humane treatment of animals, and this year revealed his plans to launch a chain of plant-based restaurants across the Middle East.

The royal, who is the son of billionaire business man HRH Prince Alwaleed bin Talal Al Saud, disclosed in January his aim of opening 10 eateries in the region by 2020.

“Our region occupies parts of the top ten most obese counties in the world. This is crazy and frankly a joke we have reached this level,” Prince Khaled wrote on Facebook.

“I’m not saying opening 10 restaurants will solve this issue, but you better believe it’s a step in the right direction.”

A map shared alongside his message shows restaurants spread throughout the Middle East, including two for the UAE; one in Dubai and another in Abu Dhabi.

There are also plans for branches in Saudi Arabia, Kuwait, Lebanon and Jordan, according to the map.

However this isn’t the first vegan-based venture for the royal, who has already invested in chef Matthew Kenney’s Plant Café in Bahrain.

Prince Khaled, who is the founding chairman of KBW Investments, has previously spoken about how he came to embrace a clean-eating diet, after being diagnosed with high cholesterol.

“I thought that I would be the only vegan in Saudi, because I’ve never heard of a vegan in Saudi. It was miserable, socially,” he told the National Observer last year.

Prince Khaled, who was born in California and grew up in Riyadh, is a regular PETA retweeter, and often speaks and write about the farming and dairy industries, animal welfare, sustainability and the environment.

“Becoming vegan has really changed my life. I started to love the Earth more. It’s one of the reasons that I don’t want to invest in livestock. It’s a problem of sustainable development. I care, and Saudi Arabia should care as well,” he once told Startup Magazine.

The royal—who drives a Tesla—also has a keen interest in clean energy, and has invested in installing LED lights and solar panels in Jordan.

“You don’t have to be a rocket scientist or scientist to understand that climate change is real. I’ve seen the data out there and it is worrying, honestly,” Prince Khaled told the National Observer.

“The environment will get hurt to a certain point and then it’s going to backlash on us. Then, either we’re going to be gone and the world is going to go back to being the beautiful, lush place that we were supposed inhabit, or it’s just going to continue to decline.

“We’re not necessarily hurting the environment, we’re hurting ourselves.”

Read:
Princess Reema: ‘The choices that women have today are greater than yesterday’
The 10 women from the Middle East we’ll be watching in 2018

The royal is certainly doing his part, adding that he buys carbon offsets for his flights and has sold stakes in the oil and gas industry.

There are no details yet of the planned UAE restaurants, but we’ll keep you updated when we learn more.

And in the meantime, we’re now following all of Prince Khaled’s social media pages…