Would you live in a floating home? 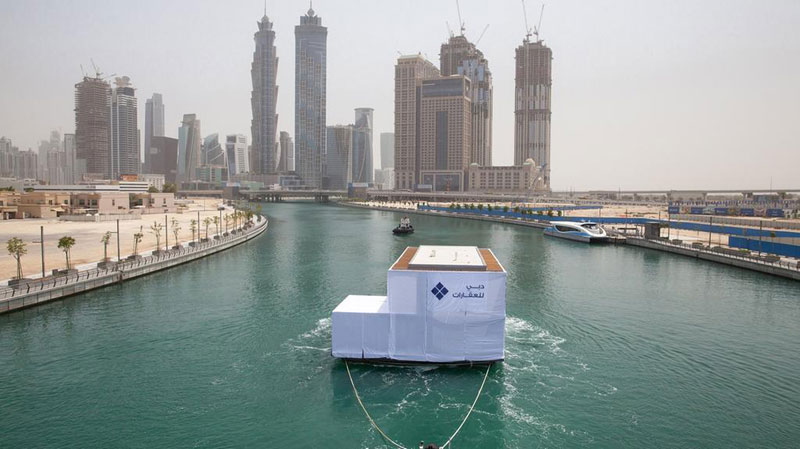 Business Bay is about to get even cooler…

Real estate in Dubai is all about taller, bigger, brighter, and doing it first. If a Roberto Cavalli-designed villa doesn’t suit you, what about a house that’s literally on the water?

The UAE’s first floating home has arrived at Marasi Business Bay, The National reports, after travelling along the Dubai Canal. It’s just the first of many, developers Dubai Properties said.

READ MORE: These floating homes are coming to Dubai Canal
This Dubai ‘burb has just been confirmed as one of the world’s coolest

Once the Marasi development is complete, it will be home to floating restaurants and 800 yacht berths, as well as the state-of-the-art floating homes. They’re set to be accessible both on foot and by boat, if you like the sound of commuting by sea. 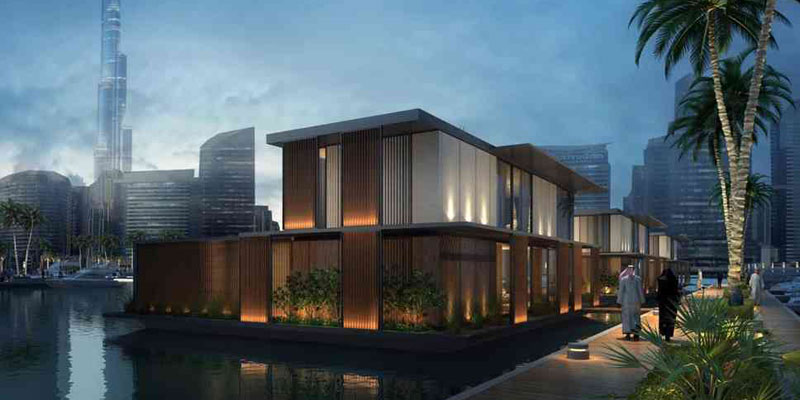 We reported back in June that the homes were being built in Finland before coming to Dubai by sea. They’ll be at home on the water, at least.

“We stay one step ahead by working with speed and efficiency to seamlessly create blueprints for success and deliver exceptional lifestyles, value and a lasting impact for the betterment of Dubai,” Dubai Properties CEO Abdulla M. Lahej said at the time.

“[Admares’] use of innovative technologies and unique construction techniques to deliver this type of pioneering structures will ensure that these unique homes on water, and the surrounding promenade, parks and marina, will be one of the most sought-after residential destinations in the city.”

This floating villa’s arrival comes just weeks after Business Bay was named one of the coolest neighbourhoods in the world by Lonely Planet. It wasn’t a universally popular choice, but maybe they were onto something.

“Business Bay is becoming one of Dubai’s most exciting neighbourhoods. Once a soulless expanse of half-built office towers – a casualty of the 2008 global financial crisis – the area is reinventing itself as a waterfront leisure destination,” Lonely Planet wrote.

“Bordered by glitzy Downtown Dubai to the north and intersected by Dubai Canal, there’s a 12km-long promenade for strolling, while ferries cruise south to Dubai Marina and north to the Al Fahidi Historic District.”

Add some floating mini-palaces to that description, and it’s even more appealing.