World’s Largest Roller Coaster To Be Built In Dubai 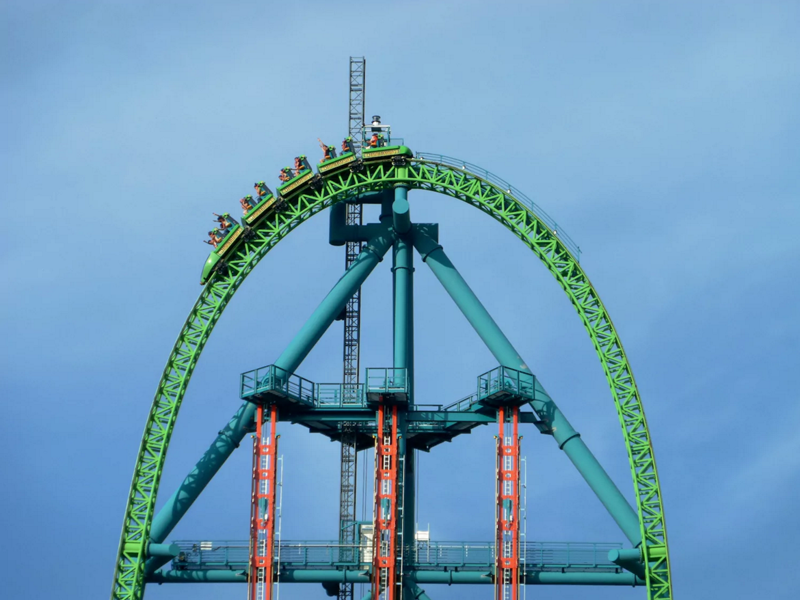 This is one for the adrenaline junkies. If roller-coasters are your thing, you’re in luck.

According to the Wall Street Journal,  the theme park “has pledged to build the world’s biggest roller-coaster ride in Dubai”.

“There will be rides that are bigger, better, faster, broader than any rides in the world,” added John Odum, who is senior vice president of international park operations at Six Flags.

Dubai Parks & Resorts is set to open on October 31, and will serve as the ultimate theme park destination, made up of four separate theme parks.

The theme parks include the Hollywood-themed Motiongate park, Bollywood Parks, Legoland Dubai and the Lego Water Park. The Six Flags park, as part of Dubai Parks & Resorts, is due to open in 2019.

While the exact height specifications haven’t been revealed we know it will be bigger than the current world’s tallest roller-coaster, The Kingda Ka, which resides within Six Flags New Jersey and stands at a vertigo-inducing 139-metres tall.

Here’s a video of the Kingda Ka in action:

Read:
New Couple? Where To Go And What To Do
The Ultimate IMG Worlds Of Adventure Guide
Dubai Parks & Resorts Explained In Infographics

The UAE is already home to the world’s fastest roller-coaster, the Formula Rossa – which can reach a top speed of 239 kilometres per hour and can be found at Ferrari World in Abu Dhabi.

The theme park mega-complex is going to be big… really big. 25 million square feet to be exact (that’s around 425 American football fields).

It’s costing close to Dhs10.5 billion to build, and will reside close to the Jebel Ali Palm within driving distance of both Abu Dhabi and Dubai International Airport.

According to estimates, the park’s looking to bring in over six and a half million visitors in its first year.

There will be over 100 rides and attractions, including everything from lives shows, 3D motion simulators and drop towers to water-based rides and family zones. Read up on which rides have been confirmed here.

If you can’t wait for Dubai Parks & Resorts to open, remember that the world’s largest indoor theme park IMG Worlds of Adventure is set to open near Global Village this August 31.