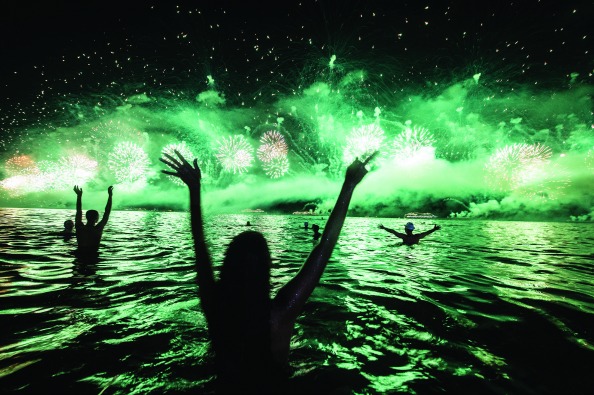 Usher in 2015 with our insider’s guide to 12 of the world’s liveliest towns to see in the New Year.

Fresh off the back of a World Cup, and soon to be hosting the Olympic Games, Cariocas –Rio’s locals – have been enjoying the global limelight of late. With the gorgeous city boasting a dazzling array of street shows, live music and, of course, a mammoth fireworks display that lights up the beautiful people of Copacabana Beach, Rio is a city that never sleeps. Why would you want to when you can carnival in vivid technicolour till the early hours, under the watchful guise of Paul Landowski’s 1931 masterpiece, Christ the Redeemer? 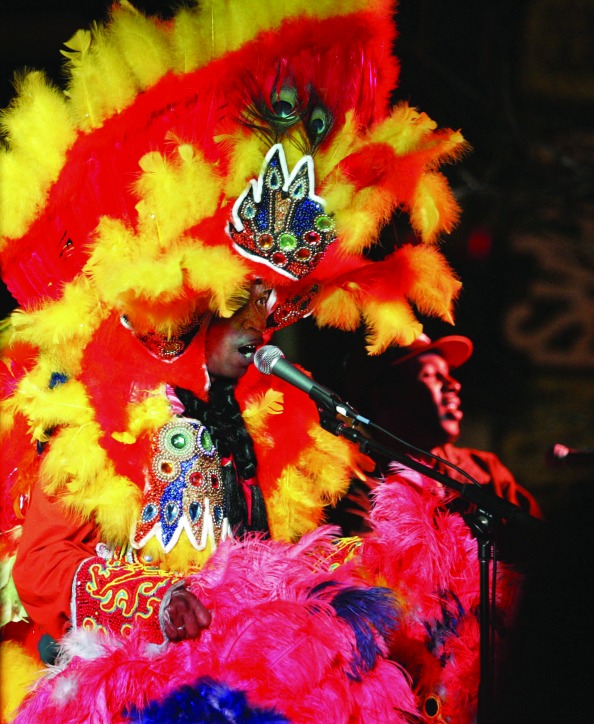 Austin, the capital of Texas, recently came second in a poll of America’s ‘wild weekends’. It was well earned. A liberal oasis in the centre of the Lone Star State, Austin twins a throbbing live music scene (think SXSW and Austin City Limits) and trendy boutiques with strip malls, steaks and delicious Tex-Mex. On New Year’s the city will be hosting a giant firework display, so get to one of downtown’s swanky rooftop bars for front row seats. Make sure to try the local brews, and see if you can spot the Next Big Thing at a dingey dive bar. But above all, remember the city’s unofficial credo: Keep Austin Weird. 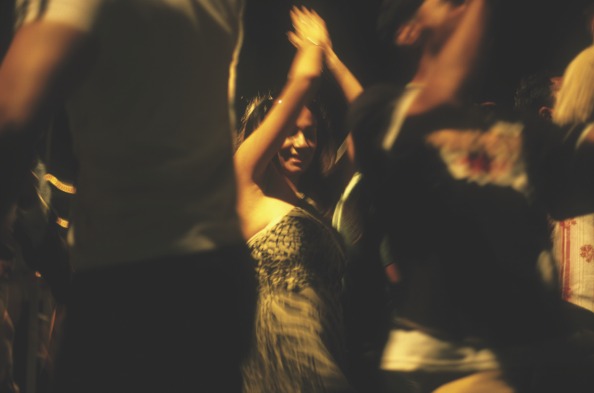 Is there anything better than dancing the night away on a tropical beach? If the answer’s no then you should probably book a flight to the Indian idyll of Goa, a tiny stylish speck on the subcontinent’s west coast. By day Goa is a picture of serenity – think palms, cocktails and gorgeous boutiques. By night it seems the state becomes one giant rave. Electronic dance music is the order of the day (then night, then day), with a host of top DJs booked for its many new year’s parties. Thankfully, though, there’s a fair bit of glam in Goa these days – so when the party’s over get yourself to one of its many upmarket spas. Then repeat. 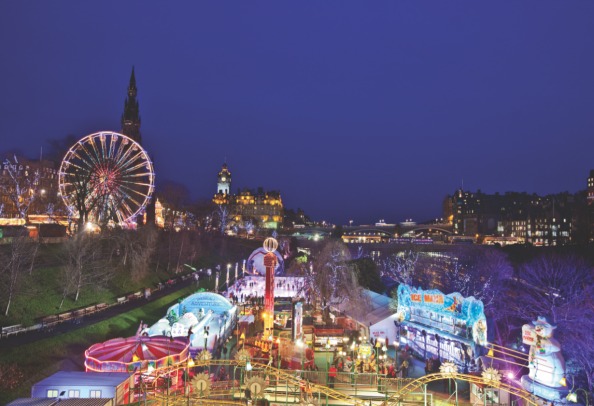 Scotland’s ancient capital might be the only place you can legitimately sing Auld Lang Syne without sounding hackneyed, and with enough haggis and local drink seen off you’ll be belting the verses out like a choir singer. Hogmanay gets bigger each year: this term’s edition will include street parties, fireworks, a garden concert featuring Lily Allen and Soul 2 Soul and traditional Scottish dance. When the dust has settled on 2014 let the crisp Caledonian air whip you into shape, before diving off into one of the Royal Mile’s many top bars and eateries. 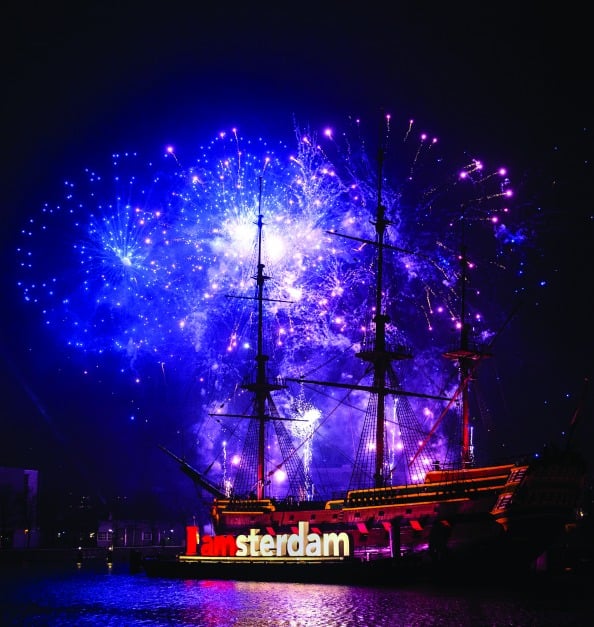 The Dutch gem is known more for its red lights than light displays, but each new year’s Amsterdam is awash in colour, as its famous turreted houses and castles see in a massive fireworks show. The city’s main harbour provides the greatest display, with centuries-old merchant ships providing a time-bending backdrop to festivities including live music and film screenings. And once the lights have faded there’s far more to ‘The Dam’ than coffee shops and stag parties. It now has two Michelin-starred restaurants, a hipster paradise in Noord Amsterdam and its beautiful Rijksmuseum reopened last year to critical acclaim. 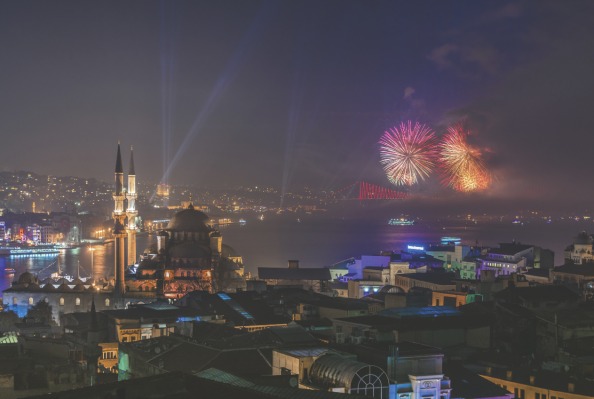 Istanbul is one of the world’s great open-air museums, but don’t let that fool you: the city is no slouch when it comes to nightlife. Its Galata and Tunel neighbourhoods mix traditional Turkish cuisine and coffee culture with the hustle bustle of Istiklal Street’s shopping. And dive into Karakoy for the city’s hip, urban pulse, which can mean anything from stunning rooftop bars overlooking the Bosphorus, to punk gigs in underground clubs. On new year’s Istanbul’s many clubs will host their own special shows, as well as the obligatory fireworks displays. Hop aboard a party boat for some real maritime style – if you can stomach the tides. 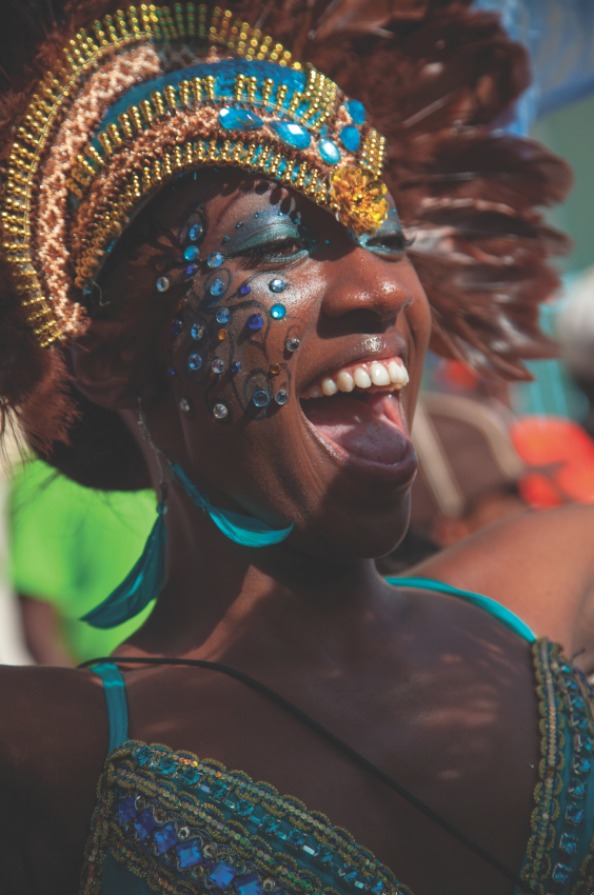 One of Latin America’s most beautifully preserved Spanish colonial towns, Antigua, nestled between volcanoes and bursting with colour, is a visual delight. One of the few tourist spots in Central America where Maya and European culture clash perfectly, Antigua’s many cathedrals and nightspots make for a great bar hop (try the sweet-and-savoury micheladas Cubanas). Each new year’s the town hosts the region’s biggest fireworks display, when street revellers welcome over half an hour of solid shows. And its many picture-perfect boutiques mean that you’ll be hard-pressed to find somewhere unromantic, should you be going as a pair. 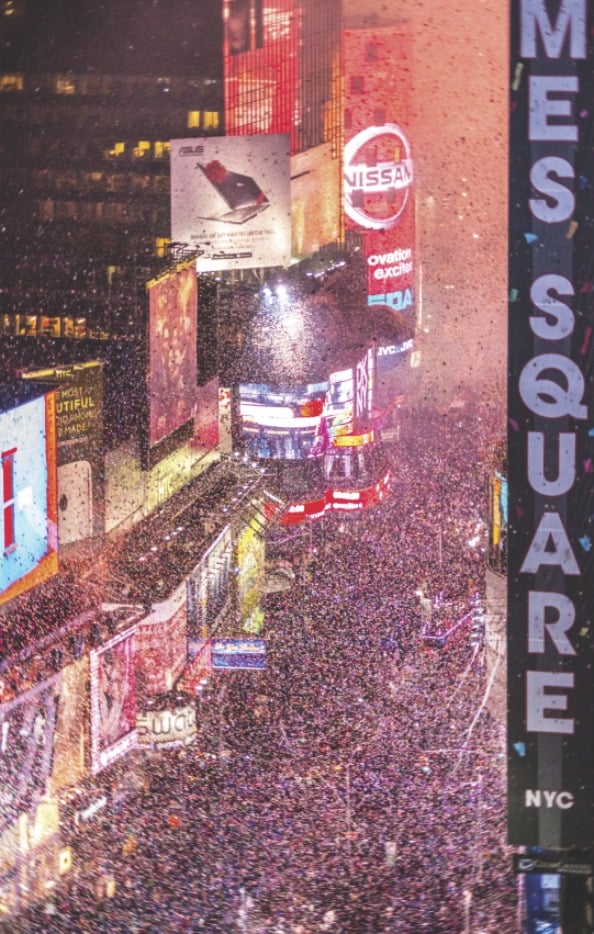 Contrary to popular belief, New York does sleep. Just not on new year’s, when people worldwide tune in to watch its famous ball drop on Time Square. But that’s not where you should be in the Big Apple on December 31. Lower Manhattan has become famed for its book-early cocktail bars, while Brooklyn, with its top-end restaurants and ultra-hip bars, is still a massive draw for new years partygoers. Stop by the Brooklyn Bridge for fireworks then head to bars that keep going until their patrons drop. Then, of course, there’s the shopping. Do not expect to return with a healthy bank balance. 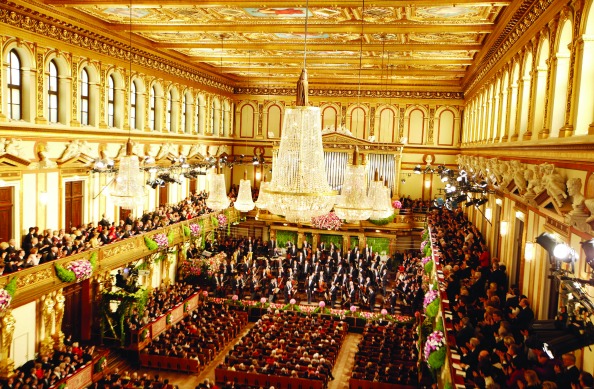 Vienna might be considered the thinking person’s new year’s destination. And sure, if your bag is classical music, architecture and mid-morning coffees, there are few places better – or more beautiful – than Austria’s bedizened capital city. Vienna’s New Year’s Concert, performed by its philharmonic orchestra, is broadcast to over 50 million people worldwide. And other musical festivities include performances of hit shows Mary Poppins and Mamma Mia, to accompany a huge fireworks display on City Hall Square, among Vienna’s great Austro-Hungarian monuments. Later on the city plays host to an increasing number of bars and clubs. And the hot chocolate is worth a trip on its own. 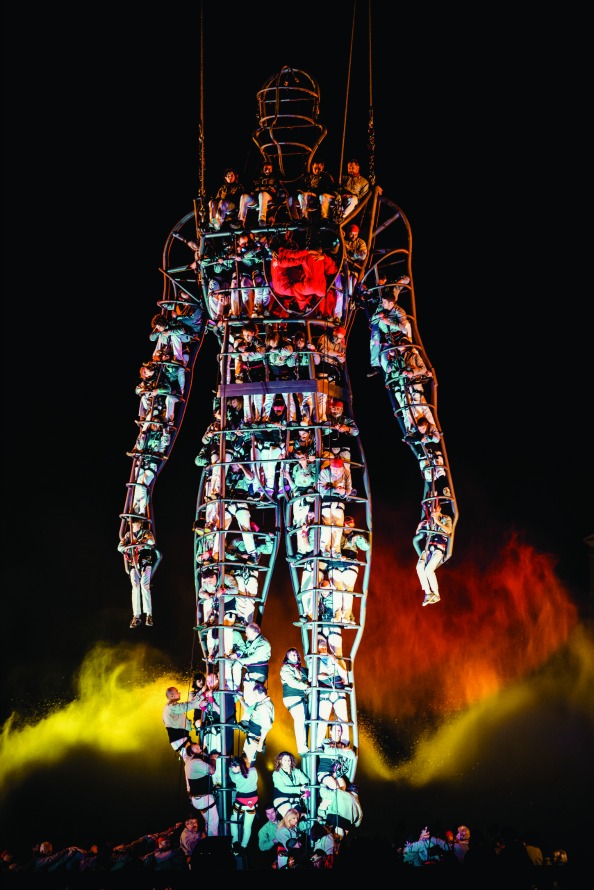 [subhead] Catalunya’s culture-filled capital should be front and centre of any European trip – let alone at new year’s, when its chasmic La Rambla street gets chocked full of street-partying folks swigging and singing till the early hours alongside performers, musicians and no shortage of fireworks. From there on in, the choice is yours: head to Port Olympic for hopping dance clubs, or into one of Barcelona’s dozens of trendy late-night bars to experience the true, sleepless Spanish nightlife. Once the streamers have all popped head to the Gaudi’s Park Guel for spectacular art and views, and, of course, the still-unfinished Sagrada Familia. Barcelona’s shopping is also renowned across the continent. 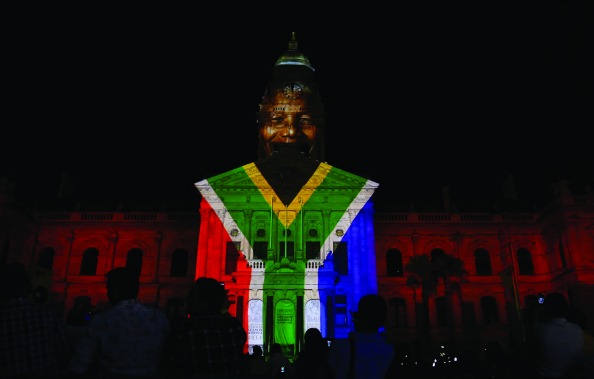 Carnival in Cape Town? Yes please. The Mother City’s new year’s festivities encompass the Rainbow nation’s wild array of cultures, and it’s all perched on top of a natural marvel –  Table Mountain. Choirs and dance troupes roam about the town below, but make sure you keep your high spot for the fireworks, which explode over the Cape in spectacular fashion. Clubs and bars will cater to those looking for a later finish to 2014, and the city’s increasing stature as a bona fide tourist spot has brought it a mind-boggling assortment of leading-edge restaurants, cafes and shops. 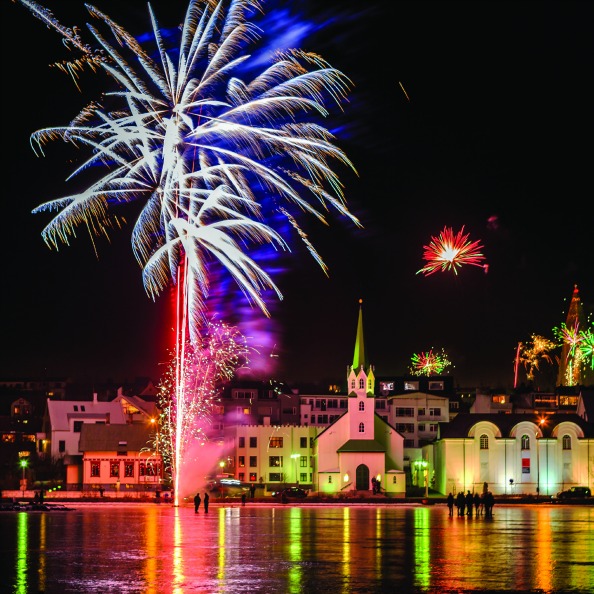 Iceland: a country of isolation and unfathomably named volcanoes. But despite being planted along the Arctic Circle, there’s plenty of fire in its capital city each new year. Reykjavik boasts a formidable firework display that sears along the Flaxfloi Bay, lighting up a city fast becoming known for its array of fine dining, hip bars and leading-edge shopping experiences. And in case man-made illuminations aren’t enough, why not trek out to the countryside to see the Northern Lights dancing across the night sky. From a thermal spa, in a volcano. Now, how many places boast that kind of combination?