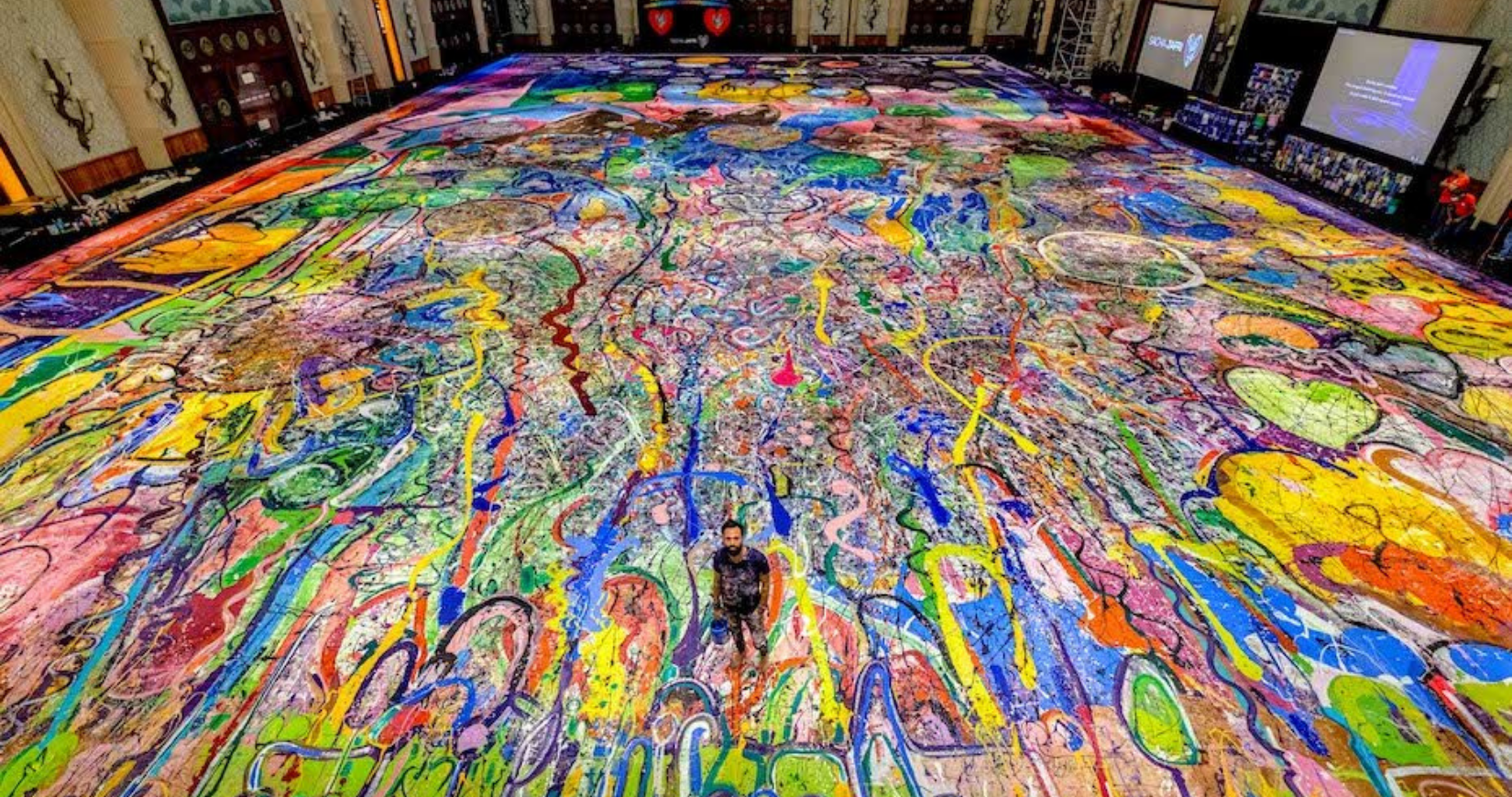 Last month, the world’s largest painting, which was created in Dubai by artist Sacha Jafri, was officially unveiled to the world.

Completed at the Atlantis The Palm, the painting – known as ‘The Journey of Humanity’ – scales over 17,000 square feet and was aiming to fetch $30 million at auction to raise money for charity.

A little under four weeks after its official unveiling, the painting has officially sold for $62 million – over double what it aimed to fetch.

The painting comprises of 70 individually framed pieces and the painting in its entirety wasn’t expected to be sold as one, but it was. The highest bidder who bought the world’s largest painting for $62 million was Andre Abdoune, the chief executive of Altius Gestion International Holding.

Discussing the record-breaking purchase and painting, Abdoune explained that it was his “dream” to do something incredible for his children and his father.

“I talked with Sacha and I discovered the investment and love he put into this painting was so amazing,” he said. “All my life I was aiming to help children.”

Reflecting on his years as a child Abdoune went without food, which has led him to want to help others less fortunate.

“Every dollar can mean something. If we do it together, we give hope to these children and their future,” he said. “The UAE shows us the way, we have to follow it. The impossible is possible. I want to say that this is just the first step for ‘Humanity Inspired’.”

The funds raised at the auction will be directed by Dubai Cares to beneficiary partners including UNICEF, Unesco, the Global Gift Foundation and Dubai Cares, with the aim to help over 2.5 billion individuals worldwide.