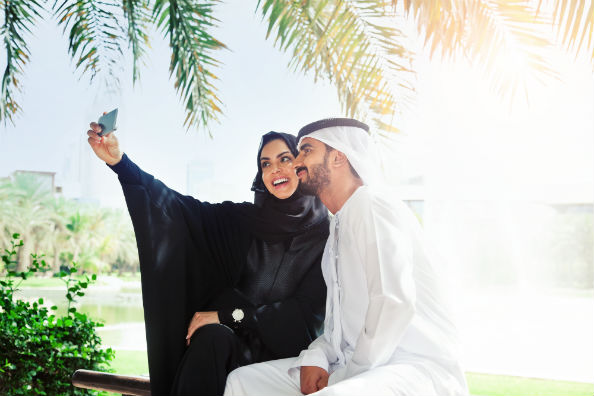 Light Fidelity, or LiFi for short, is a new service offering Internet speeds 100 times that of WiFi, and, guess what? Dubai is the first city in the world to use it.

As part of its ‘Smart City’ plans, LiFi Internet will be available to Dubai residents later this year. However, it won’t be coming to us through ordinary methods. Whereas WiFi works by transmitting data through radio waves, LiFi works by transmitting data through the beams of LED lights, and offers potential download speeds of up to 224 gigabytes per second – if you don’t know what that means, we can assure you that’s massive!

UAE-based technology company Zero 1 has partnered up with du and Dubai Silicon Oasis to install LiFi technology in street lights all over Silicon Oasis. All of this is done with the addition of a small microchip.

How does it work though?

Basically, you can take any standard, off-the-shelf LED light fitted with a LiFi microchip. The light will stream data through its beam into a photodetector, which translates the information received from the light into streamable data for your devices. 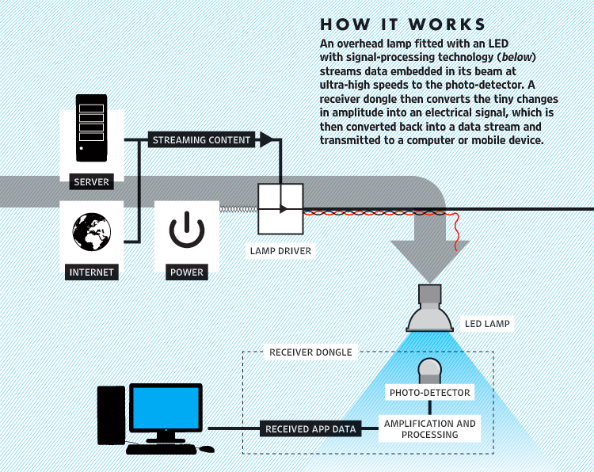 Read: Should You Break Up With Your Smartphone?

Here you can see the difference in how signals are transmitted via 3G/4G, WiFi and LiFi. As long as there’s light, there’s Internet. 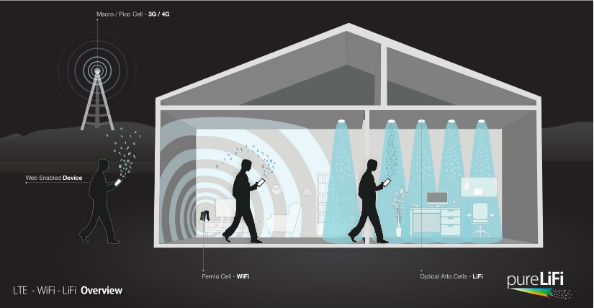 Keeping up with Dubai’s ‘Smart City’ initiative, Saleem Al Balooshi, Executive Vice President of du said: “We are currently working with major businesses to create tailor-made LiFi solutions and to test and validate the applications so that we can ensure we offer the latest in innovation to our valued customers.”

LiFi is not only the fastest, but also the cheapest method of wireless communication. Needing just LED lights and not radio towers in order to transmit data.

However, although it is a cheaper form of Internet connection, the price will ultimately be decided by du.

Since LiFi is unimpeded by radio interference, it doesn’t interfere with radio signals, meaning that LiFi is 100 per cent safe to use in typically radio frequency sensitive environments such as airplanes, oil rigs, and nuclear plants.