Dr Emma Mardlin has diabetes. She has stared death in the face, but it’s never deterred her in her quest for success and to raise awareness. With November 14 marking World Diabetes Day, Emma shares with us her harrowing story.

“I’ve personally had type 1 diabetes for over 20 years, and if I were to believe some of the things I’ve had said to me over the years, I might well be a half-witted, semi-blind amputee on dialysis with a lack of libido, repeated urinary tract infections and no prospering career – and that’s before delving into the medical texts.

“Yet I’m a fit, healthy woman with my own professional practice that I run with my partner. However, given the nature of diabetes, my life has been far from a simple stroll in the park. In fact diabetes can be likened to looking after an unpredictable, naughty child who loves to play up given half a chance.

“It all began when I was 10 years old. I’d been unwell for some time, going back and forth to the doctors, when one evening I was rushed into hospital, severely dehydrated with excruciating stomach cramps. I was underweight and literally dying of thirst until the point I became unconscious.

Related Story: 10 Things you Need To Know About Diabetes

“I woke up, hooked up to drips and beeping machinery, and saw a nurse sitting by my side. “You have something called ‘diabetes’,” she gently informed me. I panicked. DI-abetes. “Does that mean I’m going to die?” I asked.

“I was told I could have a ‘normal’ life but that I would have to inject myself everyday. Though I was young, the fact I was told I wasn’t going to die made nothing else bother me. My response from that day has formed the very basis of my philosophy ever since, despite the challenges I’ve had to contend with.

“Diabetes has tried and tested my belief more times than I care to remember. It has a nasty habit of creeping up on you when you least expect it; so you always have to remain two steps ahead. 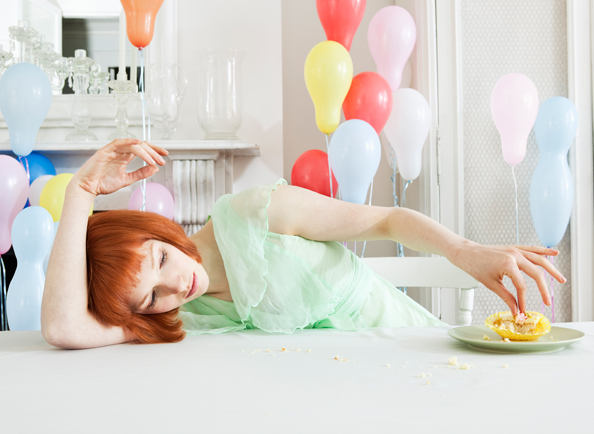 “There are two main aspects to living with diabetes. One is the daily management of injections and blood sugar control – ensuring you’re the right level, not too low or too high, as either end of the spectrum can have dire consequences. Second is the long-term consideration of complications, acquired from pro-longed high glucose levels, and these can be devastating. Accompanying this is the psychological aspect of managing a very demanding condition 24/7 – there’s no day off, and although professionals are often quick to tell you the gloomy challenges of diabetes, there are no concessions.

“Unfortunately, whatever your situation with diabetes, the world doesn’t stop and wait. It’s at this point the decision is made as to whether you never let this stop you, letting the extra determination carry you through, or you surrender to diabetes, becoming consumed by it.

“My first sugar low was at school when I was 10. Despite a firm education about diabetes my teacher thought I just was playing up (totally out of character). She didn’t realise I was low and decided to keep me back.

“The following day, back at school, the teacher began to tell everyone about my hypo. This wasn’t an education in diabetes. No, she began telling the class I was ‘possessed’ and had been taken over by evil spirits. My class looked horrified, so I stood up and explained about how my sugars dropped. Luckily I’d already given the school informative talks about my condition and how to help me, so my friends had more understanding than the teacher.

“It didn’t get any better in secondary school either. A teacher insisted on moving me from the top science set to the bottom one on the grounds that diabetes would make me too tired to cope. I pleaded with the lower set teacher to give me a test, and the high results ensured I was rapidly moved back up to the top set, but it was too late, my confidence was knocked.

“I was so shocked at how many teachers thought diabetes was linked to being ‘intellectually incapable’. It’s not, and I’m proof.

“Despite what my peers thought I excelled in my exams and went to law school.

“One of the frightening episodes I’ve experience was many years later, when my partner and I were working hard developing companies together. I had severe headache and my partner dropped me off at home, only to return 30 minutes later to find me unconscious. He instantly called an ambulance and kept trying to revive me, but to no avail.

“I lapsed into a hypoglycaemic coma and did so for several days. However, despite the doctor’s bleak assessments, I came out of it. I soon returned back to my usual self… effectively legging it out of hospital as quickly as I could.

Related Story: I Lead A Double Life to Be With The Man I Loved

“More recently, I woke up one morning completely naked (that’s how I sleep), covered in sweat with three paramedics standing over me, informing me that I’d had violent convulsions for 30 minutes.

“Despite having another near death experience, I was up and out of the house two hours later, eating a full breakfast, and the next day I was back to work. I also realised it was time to invest in some nightclothes!

“I can’t let the diabetes stop my life. You may be shocked that I can find humour in all this, but you have to. Especially when some doctors can be quite brash. When I was told I had ‘diabetic retinopathy’ (damaged blood vessels in the retina of the eyes), the doctor said: ‘Why have you not picked this up earlier – you’re going blind now.’

“To be honest, I found this comment hard to digest. It devastated me. I’d always attended my eye appointments and had done my best to look after myself.

“After the initial shock, I soon began to think, what could I do about it? I decided no one has the right to tell anybody such a cast iron, negative statement! I took action, and through the work I do I’ve been working to reverse this condition with great progress.

“Diabetes has taught me many things, some things that are too deep to speak of right now, but on a lighter note certainly how to multitask and focus on getting the things I want for the highest purpose. Also, how to jump a lunch queue and blag a free pick ‘n’ mix.

“The most challenging aspect has been developing myself, ensuring to never let diabetes hijack me. This has required developing an iron rod that runs through me in order to rebound from the negatives.

“I’ve developed a unique awareness of people that’s exceptionally useful in my line of work. I can relate to people in a way that enables magnificent results in the face of the most sinister events.

“Among many other mental and physical health conditions, I work with diabetes and dedicate much time to researching the dramatic improvement and even reversal of diabetes, using myself as the primary

lab rat! I’ve experienced some phenomenal results from this and continue to support others to look to what can be done about diabetes.

“Although I’ve had to overcome lots of twists and turns and challenges, I’ve not let diabetes break me. It has made me who I am today. As the saying goes: if it doesn’t kill you… 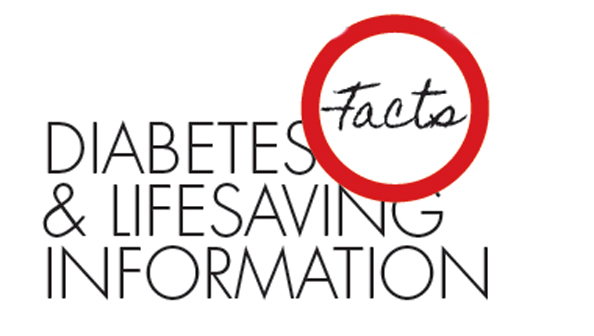 COMMON DIABETES SYMPTOMS TO BE AWARE OF, THESE RESEMBLE SERIOUSLY HIGH GLUCOSE LEVELS:

• The need to frequently urinate

IF YOU EXPERIENCE ANY OF THESE SYMPTOMS OR THINK YOU MAY HAVE DIABETES, SEEK MEDICAL ATTENTION IMMEDIATELY.

THERE ARE TWO MAIN CATEGORIES OF DIABETES:

Type 1 diabetes is caused by an auto-immune destruction of the insulinproducing cells, leading to too much glucose in the blood that the body cannot naturally regulate. This requires injecting external insulin and self-regulating blood sugar levels within a normal and safe range.

Type 2 diabetes is the result of both impaired insulin secretion and resistance to its action, also causing an increased level of blood glucose. Type 2 on-set usually occurs in adulthood, and with good health, can often be avoided. It is often treated using glucoselowering tablets, a reduced sugar diet and regular exercise regime.

• Two to four per cent of deaths among people with type 1 diabetes are also attributed to hypoglycaemia.

THE POSSIBLE SYMPTOMS OF HYPOGLYCAEMIA IS AN INDIVIDUAL MAY SUFFER FROM AND REQUIRE URGENT GLUCOSE OR MEDICAL ATTENTION ARE:

Dr Emma Mardlin, of The Pinnacle Practice, is a Clinical and Medical Therapist and Trainer