'Driving is not the be all' of women's rights, says Saudi princess

The royal vows the kingdom is also working on tackling domestic violence.

It was the royal decree that made headlines around the world, when King Salman announced in September that women in Saudi Arabia will be able legally drive this year.

However, issuing women with driving licences is just the start of changes in the kingdom, one royal has revealed.

Read:
Here’s proof that Queen Rania is on fire fashion-wise this week
How to do Dubai the Princess Haya way

Saudi is examining further opportunities in the realms of women’s rights, Princess Reema Bint Bandar Al Saud said on Wednesday at a US conference.

Speaking to the Atlantic Council in Washington, the royal—who became “the first woman to lead a federation” covering sporting activities for men and women last year—revealed that domestic violence and exercise were just two of the issues under the spotlight.

“These are things that are quick wins, we know we can do them, women in stadiums, women driving, that’s great, but women driving is not the end all, be all of women’s rights,” Princess Reema said, according to AFP.

“Domestic violence is so critical. I promise you we really are working on it.”

The royal spoke of the importance of “a woman feeling safe in her home” and having myriad career paths open to them.

“Those are things that will be more dynamic in moving the conversation for women’s rights than just getting her driving,” added Princess Reema, who is the daughter of former US ambassador Prince Bandar bin Sultan.

The royal also revealed that “innovation will come” as she spoke of companies making sportswear abayas, adding: “Guess what, I’m wearing trousers today.”

Princess Reema also spoke out on change in the kingdom earlier this year, when she told the World Economic Forum “it’s necessary for our nation from an economic point of view, and also from the holistic nature of how you want a family to actually function as a family”. 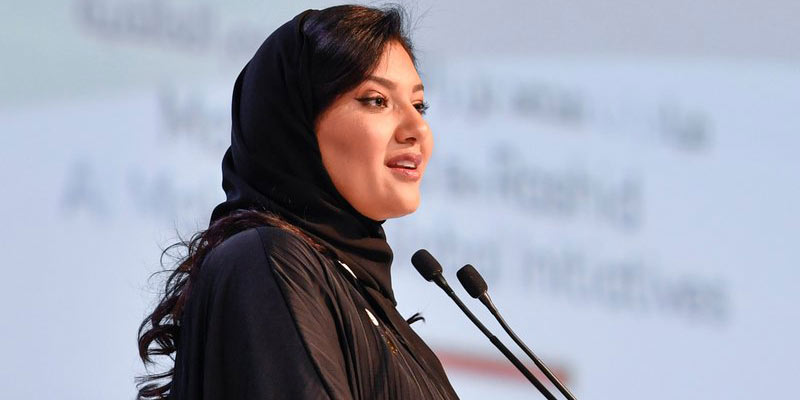 “We’re not doing gender equality because the West wants it, or because it will target Human Rights Watch and get them off our backs, or because Amnesty International is going to say ‘great, good job you.’ We’re doing it because it is right,” she said.

The recent changes, such as the lifting of the ban on women entering sports stadiums, come as part of Vision 2030, Crown Prince Mohammed bin Salman’s ambitious post-oil economic plan which aims to make Saudi a more modern, tourist-friendly destination.

Read:
Saudi Arabia just appointed a female deputy minister
The UAE is one of the best places in the world to freelance