Why The UAE Needs A Ministry For Women 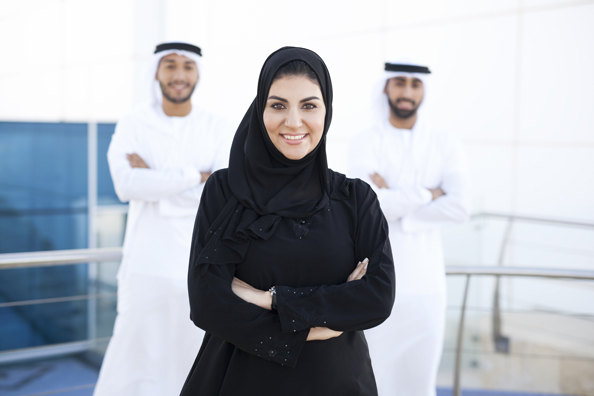 Feminism in the UAE is alive and kicking, being one of the most forward thinking and advanced countries in the Middle East in terms of equality.

And, if the recent Investing in the Future (IIFMENA) conference is anything to go by it’s only going to get better for women in the region as Sheikha Jawaher bint Mohammed Al Qasimi, the wife of Sharjah’s ruler and chairperson of NAMA Women Advancement Establishment, announced that the UAE must establish a ministry for women.

Why? To further empower the role of women in the country.

Discussing the future of women in the UAE, Sheikha Jawaher referred to women as pillars of advancement in all societies. She also credited His Highness the late Sheikh Zayed bin Sultan Nahyan, founder of the UAE, for starting the vision of emancipating and empowering women.

Sheikh Mohammed Reflects On The UAE’s Past Decade

Arab Bride Jilted After Husband Sees Her Without Make-Up

While celebrating the milestones already achieved, the Sheikha also highlighted the importance to go further.

“All of us today are here in the UAE, a country that has set numerous milestones by introducing numerous new ministries to cope with the growing demands of progress. As women are crucial drivers of progress, I believe the time is right to be at the forefront of women’s ambitions by introducing a ministry for women’s affairs,” said Her Highness. “A ministry for women’s affairs will help ensure the sustainability of the empowerment of women. It will advance their roles and invest their capabilities in serving their society and nation, helping them to face any changes that might arise in the future,”added Sheikha Jawaher, explaining the need for a ministry.

Supported Sheikha Jawaher, the Minister of Happiness Ohood Al Roumi said the UAE’s concerted efforts in educating and empowering their women have already reaped glorious fruits for the nation, ensuring our progress and prosperity. She said: “Today, 54 per cent of our government bodies are occupied by women, 70 per cent of our graduates are women, and the revenue generated by them exceeds Dhs50 billion.”

It’s hoped a ministry for women will be established within the next four years as part of the UAE’s vision for 2020, which will coincide with its 50th anniversary.