In Dubai as part of his promotional tour for Suicide Squad, Will Smith charmed the region the best way he could. How? Be simply revealing Dubai is his favourite city, but that’s not all…Anyone who has grown up watching The Fresh Prince Of Bel Air will no doubt have fallen head over heels for William.

And at today’s press conference at THEATRE by Rhodes at Vox cinemas, Mall Of The Emirates, the 47-year-old actor proved he is still just as exuberant and upbeat as his teen alter ego.

It’s a good job too that he retains that youthful energy as he admits the cast of Suicide Squad were mostly in their twenties – “Just in general 40-year-old people should not be hanging around with people in their twenties,” he joked, before adding the cast became more like a spectacular group, like a family.

“We spent time talking to each about our deepest darkest secrets,” he added when discussing the film that has already grossed US$64.6 million during it’s opening weekend in the box office.

From talking about the MAJOR film role he passed up because of his daughter to cleansing Donald Trump and bringing the big screen to Dubai, here’s what Will Smith had to say…

I came for the first time about 15 years ago when they said there was 40 per cent of the world’s cranes were in Dubai. the entire skyline was cranes.

I feel like Dubai dreams the way I dream. When I landed I was like that’s how I would build the city if I were building a city. The emirate really flows with who I am. My two favourite cities in the world are Miami and Dubai.

I love the energy of progress here. It’s the way the people and the royal family, how they have the design and the ideas. Everything wants to be the best and I love that energy.

On making in a movie in Dubai:

I’ve actually had a couple of ideas and film concepts and I have met with he film commissioners.   love it here and it’s just an untapped commodity.

A lot of the impressions of America during the 1940s, that was sent out to the world, was of Hollywood. Hollywood was the picture of America.

When I come to the Middle East I’m so inspired by the beauty and the culture, but it is not represented in world cinema. So I’ve spoken to many members of the community to getting the film makers of the region into the global stream. It’s a wonderful opportunity.

The Middle East can not allow Fox News to be the arbiter of the imagery. Cinema is a huge way to deliver the truth and getting the soul of the place to the global audience.

On Islamophobia in America:

It terms of Islamophobia in America, for me that’s why it’s important to show up here [and show people what it’s really like]. I think that the imagery of it is hugely important to me and as the election goes on I do believe I will be called out to more specifically speak out about the insanity.

I feel very confident about what we are seeing in America right now is a cleansing. Things are coming to the surface. It’s like marriage counselling, I’ve done a lot.

What happens in counselling is that you get out a lot of truths and you look at each other and you can imagine ever loving each other gain. It creates a dark moment but for me its the dark before the dawn – when the truth comes out and people have to stand up and say who they are are and you get to know who they are. It’s the cleansing before we get to the other side of understanding, and moving forward in that relationship.

As painful and embarrassing as it is to hear Donald Trump talk, it’s good to hear him talk as we get hear it and then we get to cleanse it out of our country.

On his favourite things in Dubai:

I have to shout out SkyDive Dubai. I bought my kids here and we jumped out together. I’ve jumped probably five times at Skydive Dubai. 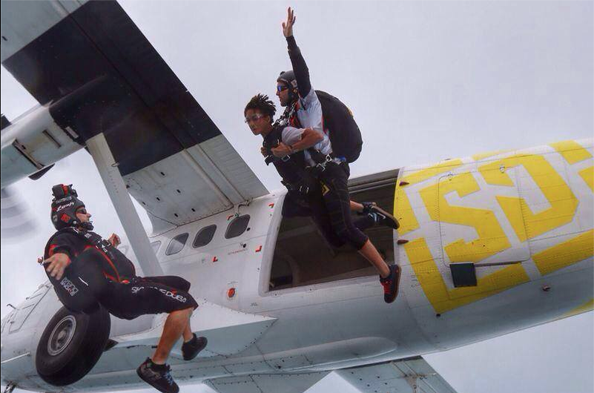 On getting into character:

One film my family vetoed [because we discuss the films and the process we go through to get in character]. That one film was Django. I had a screen play and the whole family looked at it. Willow read about 20 pages and was like: ‘You’re just going to be crazy for too long.’ You’re mind goes so far into these characters that you have to be careful what you take on.

Nelson Mandela said to me: ‘Never forget to let people touch you. When you go into crowds lets people touch. They have to know your black skin won’t hurt them.’

I want to give my self more freedom as an artist to work on things that are good for me. A friend said recently that I’m at the time in  my career where I have earned the right to fail. Some of my film choices will make money, some of them will be widely acclaimed and some of them will be Wild Wild West. 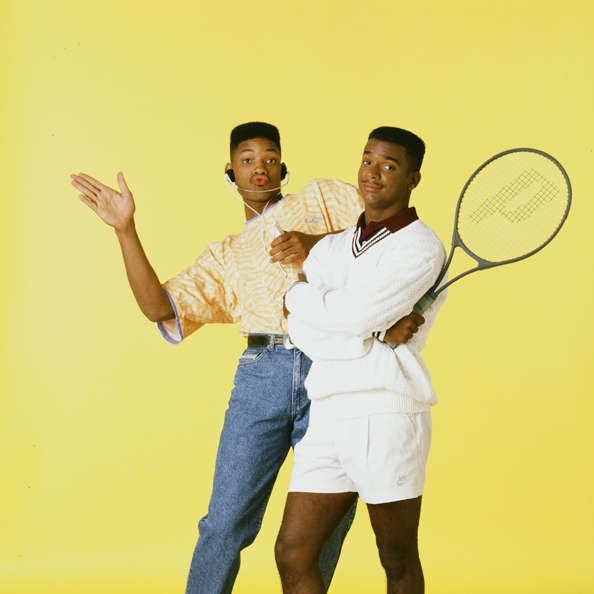 Will Smith as The Fresh Prince Of Bel Air

On his work attitude:

On taking on a comic book film:

These comic book movies are taking the world by storm. There’s something about these worlds that the global audience is truly reacting to it in a magnificent way. Bad guys aren’t the bad guys in their story, the good guys are the bad guys and that mental construction was really powerful for me.

On the potential franchise and sequel to Suicide Squad:

I love that you get this real fantastic world but you really get to sneak in ideas of humanity. Kids and adults are able to feel the sub context. In Suicide Squad – its not a movie about good versus evil, it’s a movie of bad versus evil.  The question of what is good, bad or evil is posed in this film. When is the point when you go from bad to evil. We decided that love would be the one super power that would teether people back to their humanity.