Why this Dubai swimwear label needs to be on your style radar...

UP Next
X
Need to elevate your winter wardrobe? We've found the season's...
Guest Writer
November 23 2017

When two Scandinavian friends couldn’t find swimsuits they loved to surf in, they decided to design their own — and made sure to recycle the material from the sea.

Anna Nielsen and Henna Kaarlela first bonded over their love of surfing three years ago, but it wasn’t until they decided to do something about one of their pet peeves with the sport that they became fashion designers and business partners, too.

The Scandinavians met when Nielsen, a 34-year-old photographer from Denmark, walked into the Deus surf and motorbike shop in Al Quoz during her first week in Dubai and found Kaarlela, a 32-year-old freelance producer from Finland, working there. 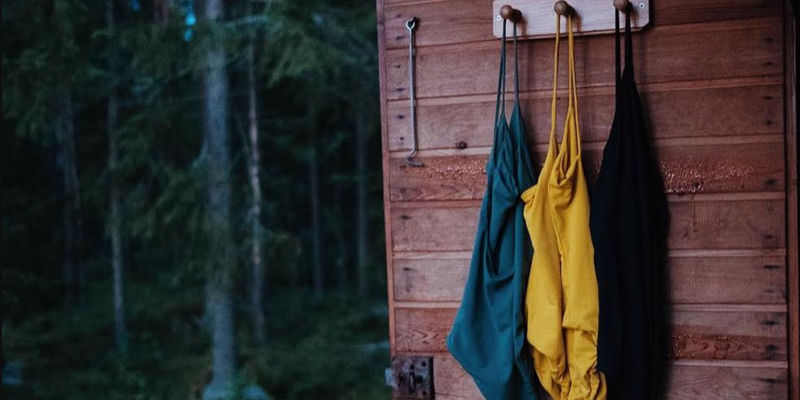 Read:
7 of the most stunning royal wedding gowns dreamt up by Arab designers
10 of the most iconic looks from the late Azzedine Alaïa

Although both loved the sport, neither was a fan of the swimsuit options for women, says Nielsen.

“We are always looking for a swimsuit that stays on, but is nice-looking, because it’s quite hard to find something that is not very athletic, like a Speedo, but stays on in the water,” she explains. “We traveled to Bali a year ago, for a surf trip, and we just started talking about it and we decided we would make it, a surf suit.”

From that moment the women decided to move forward with Ohoy Swim — Ohoy being the Scandinavian version of “Ahoy” — with several guiding principles. Acknowledging the polluting potential inherent in the textile industry, they wanted the suits to be made by recycling material that plagues the sea they both so love. 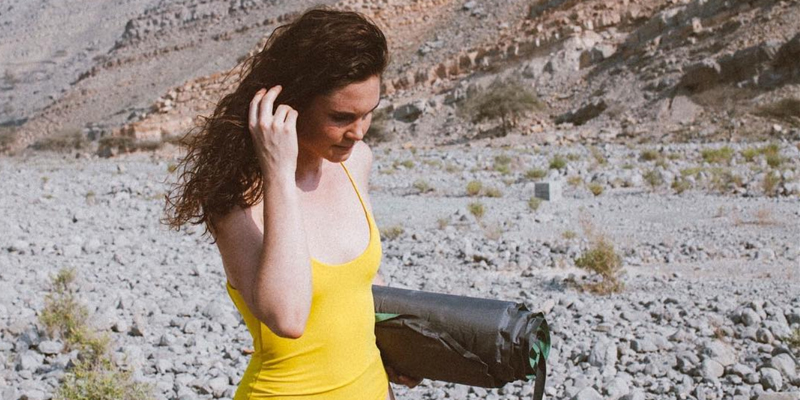 “When we were in Bali, or anywhere really, there’s so much stuff in the sea,” says Nielsen. “It’s like you’re paddling out and your leg is trapped in a bag. It’s devastating to see.”

After a search, Neilsen and Kaarlela decided to pair up with a Dutch non-governmental organisation called Ghost Fishing, which is devoted to removing fishing nets that have been lost, dumped or abandoned around the world.

The phenomenon of “ghost fishing”, in which the nets continue to trap and kill fish and their scavengers, creates a vicious circle for marine life and further depletes already diminishing fishing stocks. A 2009 report by the UN Food and Agriculture Organisation and UN Environment Programme estimated that ghost fishing gear made up about 10 per cent, or 640,000 tonnes, of all marine litter. It also concluded the problem was getting worse due to the increased scale of global fishing operations and durability of long-lasting synthetic gear.

Once the Ohoy founders decided what material they wanted to recycle, they located a depolymerisation plant, called Econyl, in Arco, Italy, which after decades in business has shifted focus to producing recycled material. They decided to go with a local factory, in Sharjah, to produce the suits.

Although the suits do incorporate new elastic, which can’t be made from recycled nylon, they decided to double up the fabric rather than use new material for the lining,  Neilsen explains. After producing about 20 samples of each design until they were happy with what they saw, the resulting wearing experience was a pleasant surprise.

“We found out that this fabric is better than other fabrics,” she says. “It has really high sun protection and it lasts. I’m still surfing in the first sample we made, almost every day, and it doesn’t get slack, it doesn’t get bigger, it doesn’t lose elastic. It’s really good fabric.”

As for how the suits would look, Neilsen says they wanted them to work well on the water but also be fashionable, with a simple, clean Scandinavian sensibility.

“We wanted a suit that would stay on, so when you were surfing and swimming, it wouldn’t slip off the bust or constantly ride up; something functional,” she said.

The women weren’t going to let the fact that neither had any training or experience with fashion design stop them. Kaarlela has worked in fashion sales in the past, and Nielsen’s mum, who has experience with patterns, pitched in too. 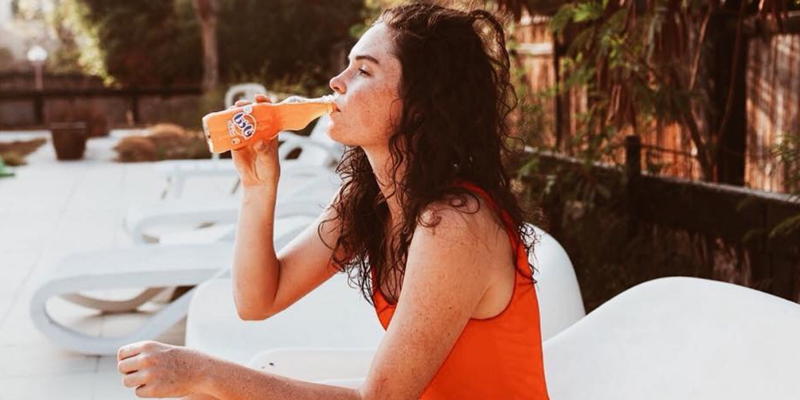 “We kind of knew what we wanted in a swimsuit, so we started drawing them,” says Nielsen. “The basic model is a typical nineties silhouette, cut high on the leg. It’s kind of the suit you had as a child but a little sexier.”

They also wanted the suits, which sell for between Dhs325 and Dhs390 each, to work with shorts or jeans. The resulting 16 styles are simple but stunning, with a variety of elements jazzing up the basic design including low backs, cutouts, thin straps and bows. They are available in blue, black, yellow, red, green and pink.

Ohoy is just getting started in the UAE, with plans to sell initially through local pop-ups and online before getting into retailers. The company has already sold 400 of the initial 500 run of suits since launching in Finland and Denmark in June, propelled by a stylist who wore one of their designs on local television and in August, when another suit was featured in a Finnish fashion magazine.

One challenge they are facing in this region is how to market a product that naturally involves showing a lot of skin. The website features gorgeous pictures of Nielsen, Kaarlela and their friends, wearing the suits — and they just aren’t sure how to match that look in a store.

“A lot of our brand is about the lifestyle that comes with using the sea and being in the water,” explains Neilsen.

They would never, for example, want their suits to hang on a plastic model, so at the moment they are still trying to figure out how to most effectively target the region.

Now that they’ve succeeded in realising their initial vision after only one year, the duo is already planning for more styles — including versions to flatter curvier figures — and an Ohoy Swim bikini, to be released in January.

Read:
This is Michael Cinco’s favourite ever design from his collections…
Our favourite Middle Eastern royal weddings from the last 25 years

A longer-term goal presents an even bigger challenge: designing and producing a wetsuit out of a recycled material that can stand up to neoprene.

Even though the pair hasn’t found a factory that can produce something that can work, so far, Neilsen says, “We don’t have any plans of compromising.”