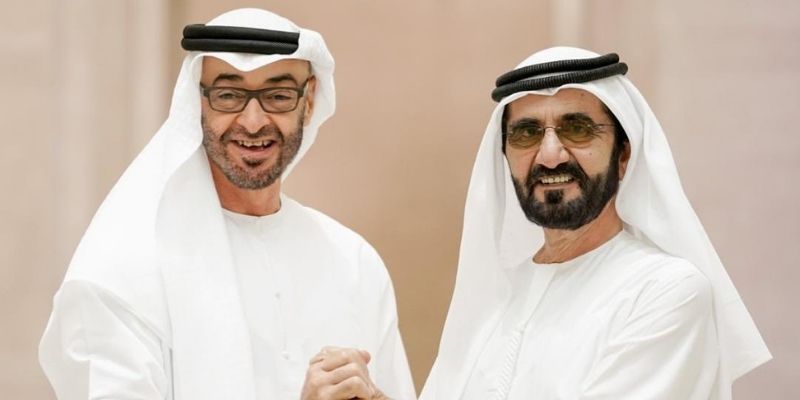 His Highness Sheikh Mohammed bin Rashid Al Maktoum, the Vice President and Prime Minsiter of the UAE and Ruler of Dubai, is no stranger to sharing inspirational messages.

The one he recently shared is perhaps the most pivotal message His Highness has shared of late.

Posting a picturesque video to his 10 million Twitter followers, Sheikh Mohammed has showcased the growth the UAE has experienced in the last 50 years, especially as the country celebrates its Golden Jubilee this year.

For the UAE’s next phase of growth in the upcoming 50 years, Sheikh Mohammed bin Rashid and His Highness Sheikh Mohamed bin Zayed Al Nahyan, the Crown Prince of Abu Dhabi and Deputy Supreme Commander of the UAE Armed Forces will discuss ideas for growth, as part of the next development phase in the country along with other members of the UAE Cabinet at a retreat.

Not only does 2021 mark half a century since the founding of the nation, it also marks the paving of the way for the next 50 years of the country, which will be discussed at the retreat.

Sheikh Mohammed said, “We want to accelerate our journey of development and improve the business environment. The future belongs to people that can imagine, design and implements it.”

He added, “The retreat aims to draft a series of plans and initiatives for harnessing our energies and preparing our institutions for what the UAE will be like in the next fifty years. The future requires proactive plans, innovative initiatives and new skills, to maintain our leadership and success and provide better lives for generations to come in the country.”

Together, the committee will prepare for the UAE’s Golden Jubilee celebrations in 2021, while overseeing the next course of action for the next phase in the UAE’s success.

The government retreat plans to harness the upcoming development over the next 50 years with the growing quality of life as it designs new action models and plans to ensure the UAE always stays on top with its noteworthy initiatives.