Why Sheikh Hamdan Is The UAE’s Greatest Horseman 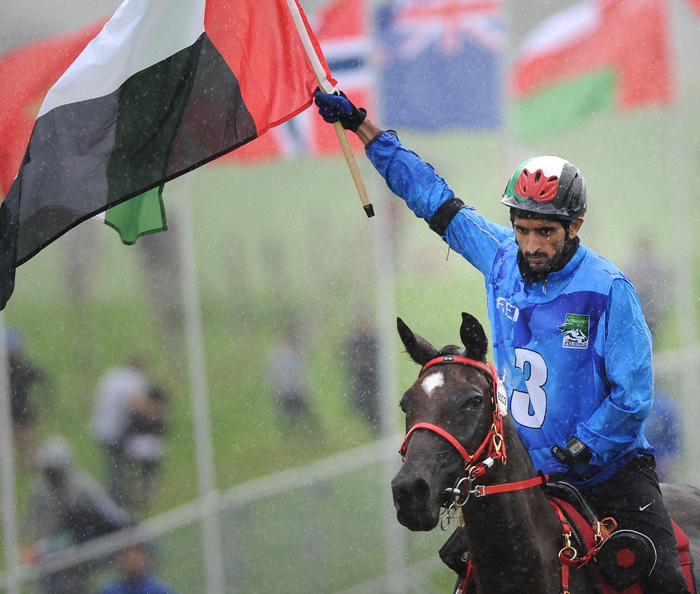 The Crown Prince, who was the reigning champion, having won the title back in 2014, fell short of a repeat victory, however his attitude and recognition for his fellow horseman is some of the most inspiring in sport.

The Longines FEI World Equestrian Games is an endurance race consisting of an 160-kilometre route, taking the riders through the beautiful countryside of Samorin, Slovakia, following the course of the Danube River.

Things were looking good for the young Crown Prince, as he was the first rider into the vet gate after having completed the first stretch of the race.

Unfortunately, things took a turn for the worse as Hamdan’s horse Ramaah was ruled out of the race at the fourth vet check after having displayed an uneven gait.

Fellow UAE rider Saif Al Mazroui took over for the final stretch, yet was also ruled out when his horse Napoli Del Ma did not pass the final vet check.

The race was eventually won by Spanish riders Jaume Punti Dachs and Alex Moral Luque, who placed first and second with times of 6:46:42 and 6:47:32 respectively. HH Sheikh Nasser bin Hamad Al Khalifa from Bahrain came in at third place with a time of 6:49:47.

Rather than sulk, the Crown Prince of Dubai was admirably humble in defeat, taking to his Instagram and Twitter pages to congratulate the winners in a display of great sportsmanship.

Some more photos from the Crown Prince’s Instagram Stories: 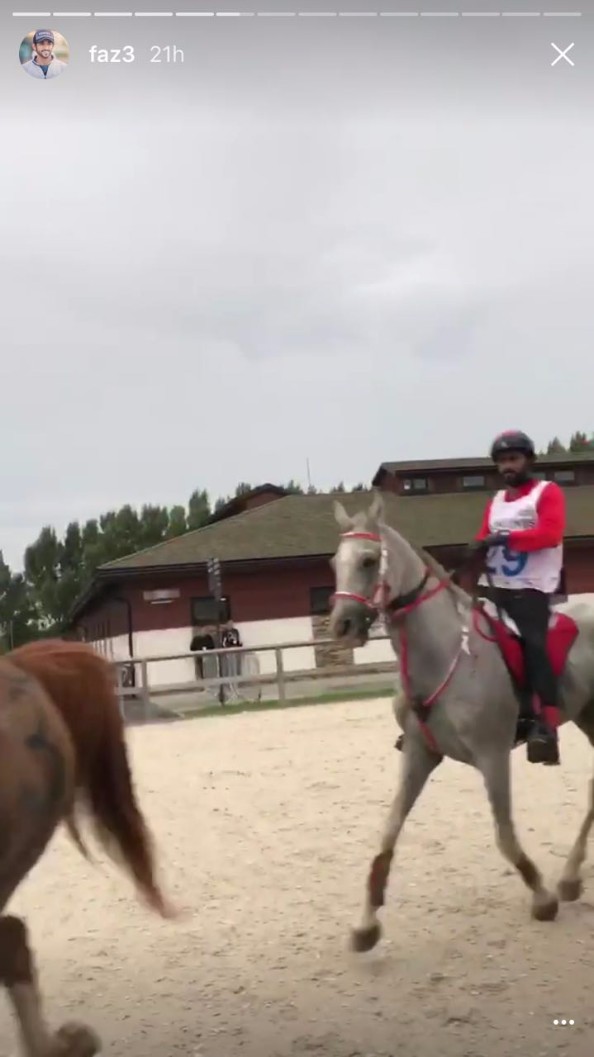 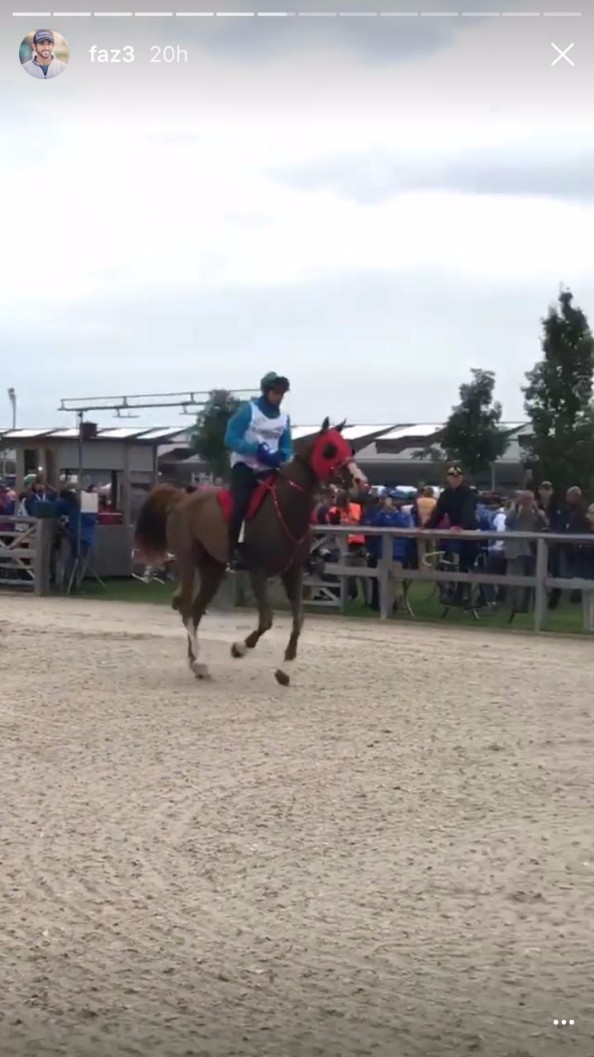 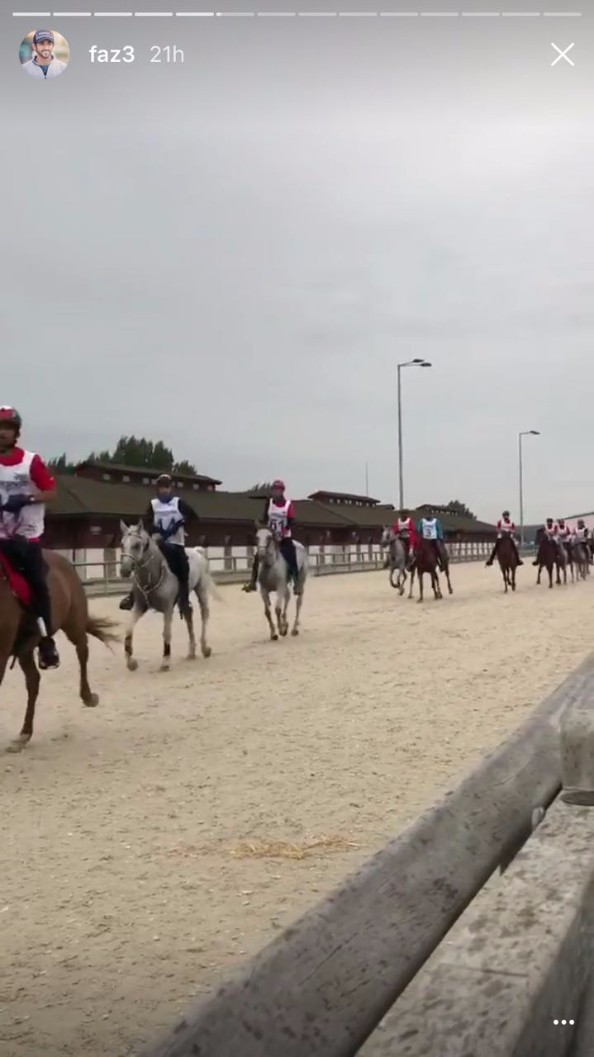 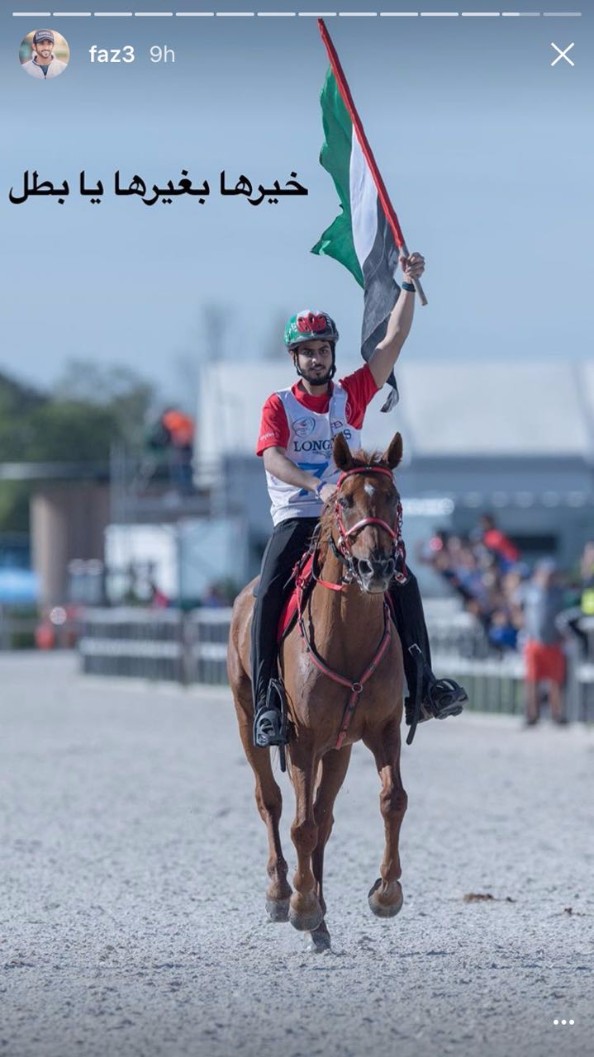 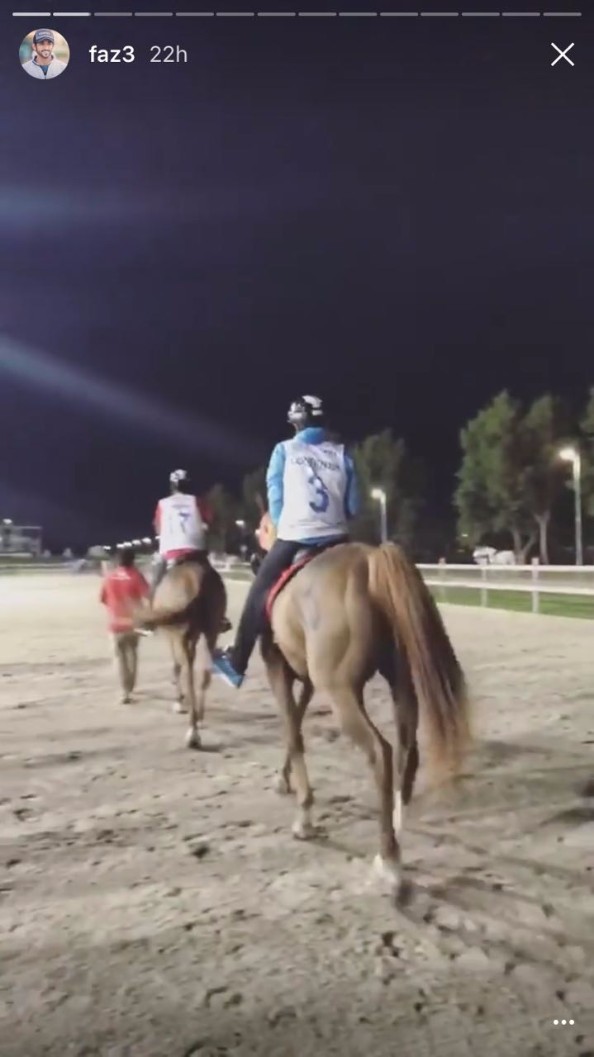 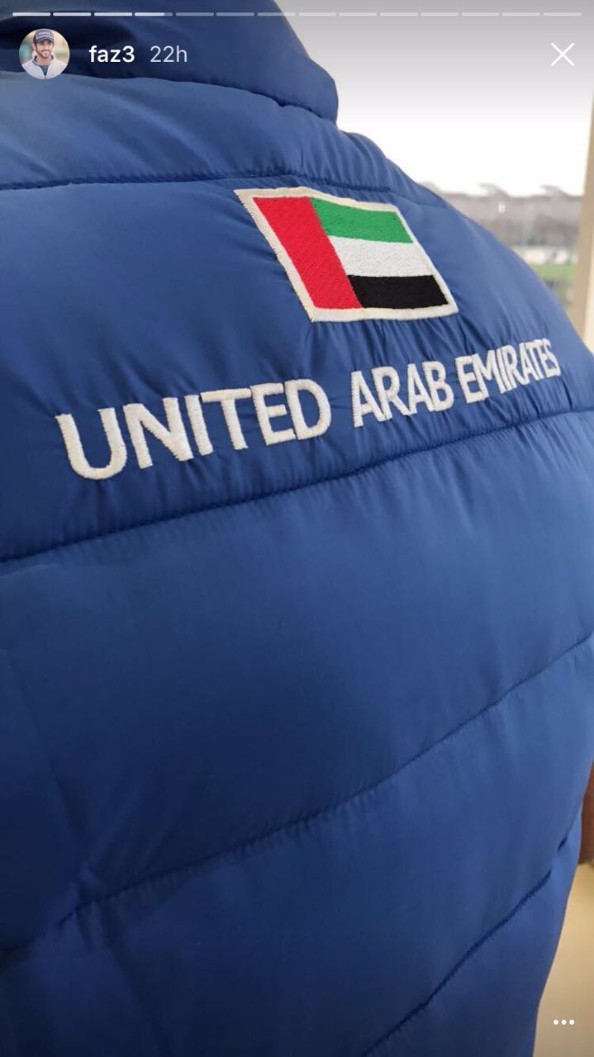 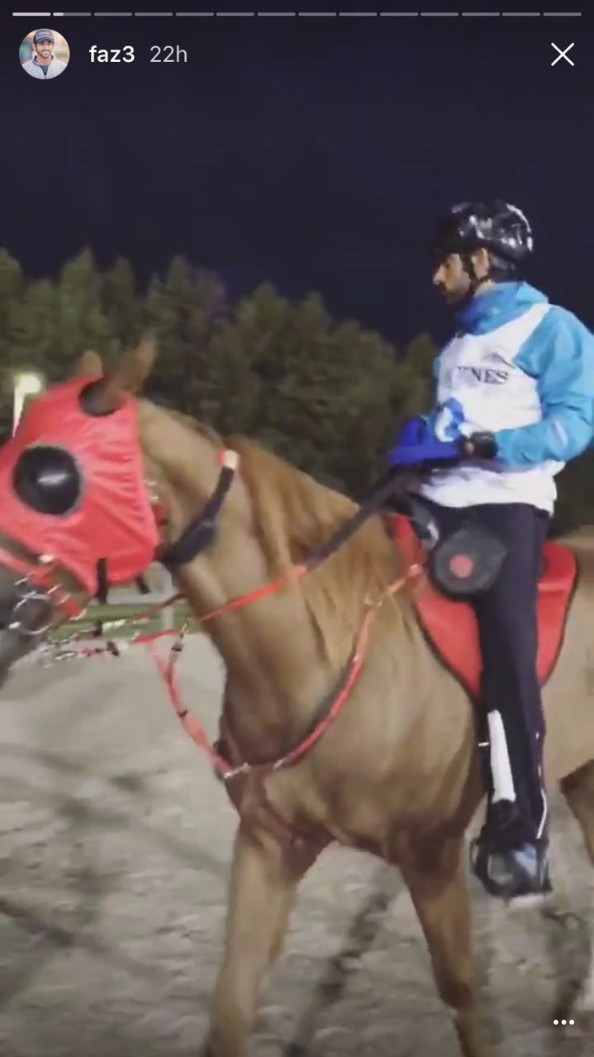