Why Melania Trump Covered Her Head In Rome, And Not Saudi Arabia 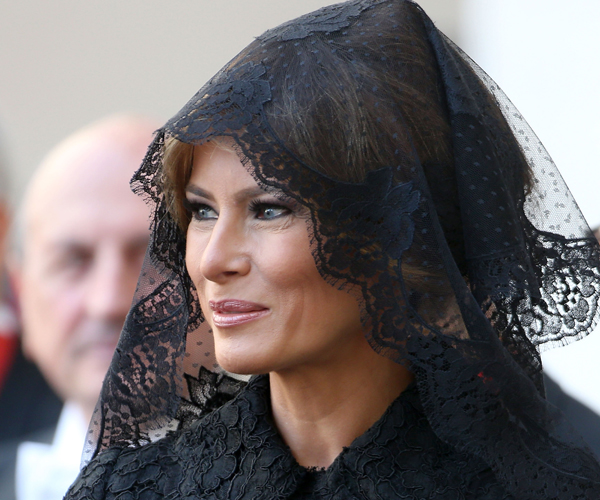 The US First Lady raised a few questions after donning a veil to meet the Pope, but not wearing a headscarf while in the Middle East.

She made headlines this week when she refrained from wearing a hijab in Saudi Arabia though her husband, US President Donald Trump, had previously criticised Michelle Obama for doing the same.

So why did Melania Trump cover her head while in Italy – which unlike Saudi is not a Muslim-majority country – on Wednesday?

That was the question many raised after the First Lady, along with senior advisor and first daughter Ivanka Trump, donned a black lace veil while meeting Pope Francis in the Vatican. Well, it all comes down to age-old traditions set for audiences with the leader of the worldwide Catholic Church. 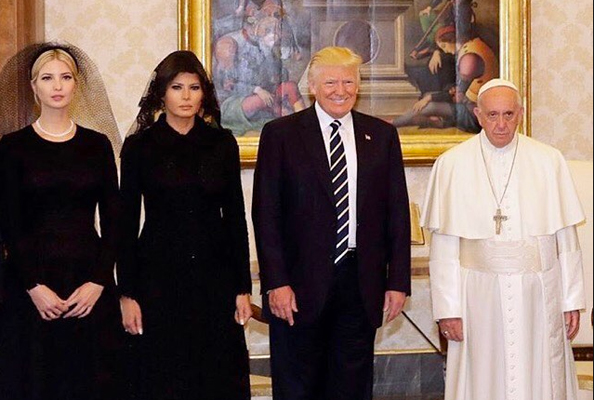 “Per Vatican protocol, women who have an audience with the Pope are required to wear long sleeves, formal black clothing, and a veil to cover the head,” Stephanie Grisham, Melania’s communications director, told CNN, adding that no such request had been made by Saudi Arabia.

Read:
First Lady Melania Trump Goes Without A Hijab In Saudi Arabia
The UAE And Saudi Arabia Have Pledged $100 Million To An Ivanka Trump Women’s Fund

Typically, foreign dignitaries follow the long-established dress code, which consists of all black for men and women, when visiting the Vatican for a private papal meeting.

While the dress code was once strict, Pope Francis has relaxed expectations in recent years, though Ivanka and Melania honoured it during this week’s visit.

“Things have become more relaxed over the last few years, there are no hard and fast rules,” a spokesperson for the Vatican told The Telegraph earlier this year.

Previously, only Catholic queens and the princess of Monaco could wear white when meeting the Pope, however Camilla, Duchess of Cornwall took advantage of the relaxed rules by wearing cream to the Vatican last month.

The Prince of Wales and The Duchess of Cornwall are received by His Holiness Pope Francis in Vatican City. #RoyalVisitHolySee @franciscus

Many royals and dignitaries still abide by the traditional rules, however, with both HRH Princess Haya bint Al Hussein and former US First Lady Michelle Obama donning a veil in the Vatican in recent times. 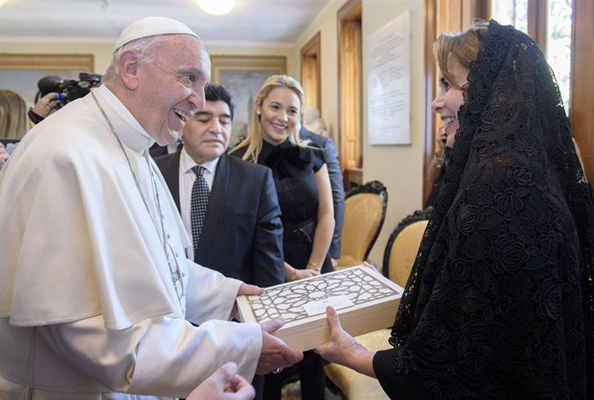 Melania’s choice of hijab-less dress in the conservative kingdom followed in the footsteps of previous first ladies and female foreign dignitaries – including Michelle Obama, Angela Merkel, and the Duchess of Cornwall. 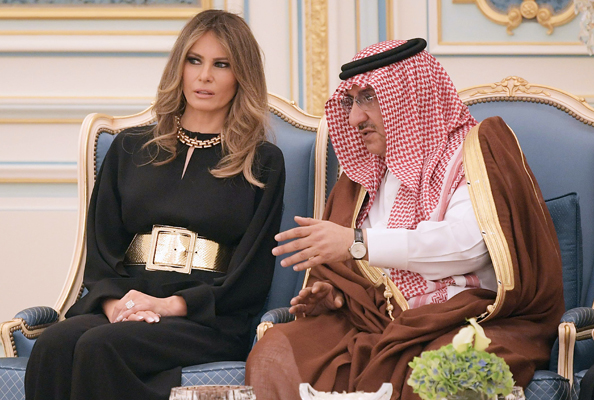 The First Lady adhered to the nation’s modest dress code in a black Stella McCartney jumpsuit, accessorised with an oversized gold belt and Christian Louboutin stilettos.

In Rome, Melania honoured her host nation by wearing a long-sleeved dress from Italian label Dolce & Gabbana dress, paired with a black mantilla.

The decisions made by the First Lady in both Saudi and Rome don’t break any laws or protocols – nor is the Melania the first to cover in one, not the other.

Today’s visit with His Holiness Pope Francis @Pontifex is one I’ll never forget. I was humbled by the honor. Blessings to all.

Michelle Obama, Laura Bush, and Hillary Clinton all wore a veil (though not all wore a black dress) to meet the Pope but forewent hijabs in the Middle East.

“To my eyes, what Mrs Trump wore was perfect. She was rather elegantly dressed, and totally in keeping with the event,” said BBC correspondent David Willey. “The Trump party [as a whole] observed normal protocol and dress.”