White truffle season has arrived at this top Dubai restaurant 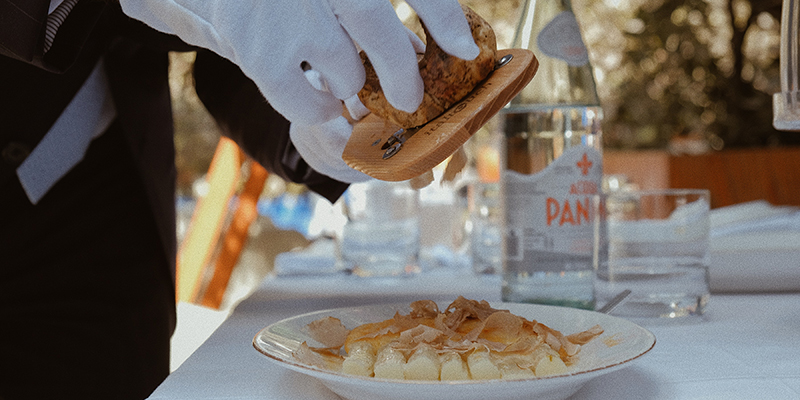 While we’ve all been highly anticipating alfresco dining returning for autumn, there’s another gastronomical adventure that awaits this season.

Enter white truffle season. This is when white truffle from the forests around Alba in northwest Italy is in season from September to December.

Dubai-based restaurant Scalini is one of the top venues which specialises in white truffle when it’s in season and this year is no different.

The restaurant, based in Four Seasons Jumeirah, is back with a specially curated menu for white truffle season where guests can indulge in a series of tantalising dishes. Scalini ensures it only has the best white truffle has to offer under the leadership of Evgeny Kuzin, Chairman and Co-founder of Bulldozer Group, who lead the international expansion of Scalini into the Middle East.

The hospitality mastermind was inducted as a White Truffle Knight in 2019 into the Order of the Truffle Knights of Alba, which was founded in 1967. He is one of the only representatives from the organisation – which aims to promote the quality of produce from Alba and Langhe in Italy on a global scale – in this region, and this exclusivity is represented in Scalini’s menu.

The Scalini White Truffle menu starts from Dhs210 and is available daily.