When This Couple Were Stranded, One Kind-Hearted Emirati Stepped In To Help 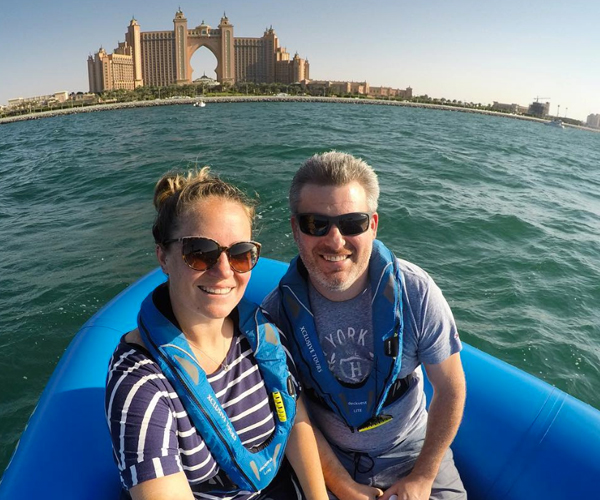 The New Zealand travellers were saved from possible deportation at an airport by the retiree.

It wasn’t until they were standing at the visa counter in the Ukraine that they realised they were without one key item – their wallet.

New Zealanders Sarah and Nathan Chant had left it on their inbound flight, and had no funds on them to pay for their documentation – which they needed to pass through customs and track down the wallet.

However the couple, who were travelling earlier this month after a stint living in the UAE, found their saviour in one Emirati stranger.

Read:
Five Foundations That Really Won’t Budge During A Humid Summer
This Pilot On A Record-Breaking Trip Just Took An Emirates Test Drive

“We were horrified,” Sarah told New Zealand website Stuff of the moment they realised they’d forgotten their wallet. “As time passed, we became less confident that we’d see [it] again and more concerned by what that would mean for us.”

Desperate, they approached an Emirati retiree called Ebrahim, who they’d chatted to in the queue as they helped with his visa form.

“His response was nothing short of amazing,” Sarah told Stuff, adding that he handed over the US$200 (Dhs735) without question. “There wasn’t a moment of hesitation and he stayed with us throughout the ordeal.”

And the kindness didn’t stop there.

Dubai-based Ebrahim stayed with the couple, who run a travel blog, as they unsuccessfully hunted for their wallet, before giving them a lift into Kiev, and loaning them money for food and taxi fares.

Read:
14 Of The Best Travel Hacks That Will Make Your Holiday A Breeze
7 Of The Best Relaxing Spa Deals Around Dubai This Summer

“He did all this without taking any of our details. He had no way to follow up with us, which was just incredibly trusting on top of what he already did,” Sarah told Gulf News.

The couple found Ebrahim on their flight to Dubai two days later, where they were able to get his contact information. They plan to repay him this week.

“We couldn’t believe that a stranger would be so generous and trusting,” Sarah told Stuff.

“He came to our rescue without a second thought and reminded us that no matter where you are, you’ll always find good people willing to help.”