We Quit Our Jobs To Travel The World & Realise Our Dreams 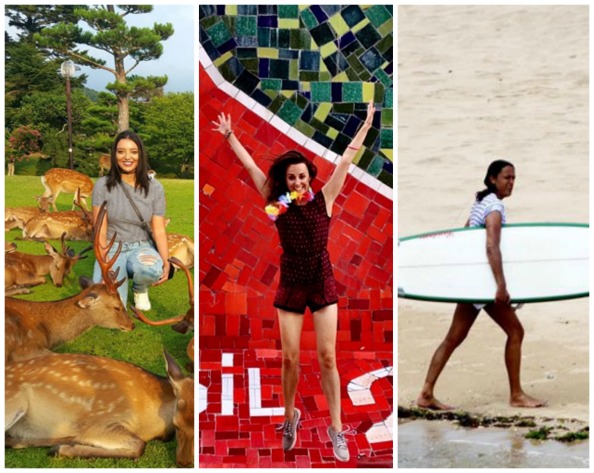 Ever wanted to give up your job and just embark on a new and exciting an adventure where you can concentrate on fulfilling your dreams?

We’re guessing most of you answered yes.

While the UAE has been voted one of the happiest places to live in the world and offers great career and lifestyle opportunities, these three women broke out of their comfort zone and went on a mission to achieve their dreams. Their stories are some of the most inspiring you’ll ever read…

“Most of the time I have no clue which country I’ll be in next month. That’s exhilarating and scary all at once!”

Sarah Freeman was a full time designer and photojournalist for a luxury magazine in Dubai. While her job allowed her travel she wanted more than just fleeting visits and so she packed her bags and became her own boss as a freelance photojournalist. See Sarah’s images on her Instagram.

Working as a writer, designer and photojournalist was the highlight of the hybrid role and satisfied my appetite for adventure.

I had a comfortable life in Dubai, but for as long as I can remember I’ve had the travel bug. I spent a year travelling in South America about four years ago, so I knew it was only a matter of time before I got itchy feet again. There was some restructuring in the company I worked at, so I seized the opportunity to take redundancy and give into my wander-lusting ways once more. 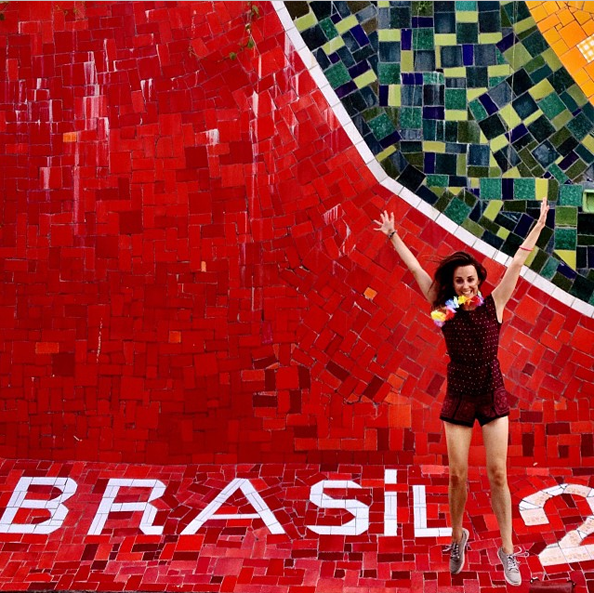 They were incredibly supportive – I’m lucky like that. I don’t have the nickname ‘Dora the Explorer’ for nothing! I planned my first solo adventure to Italy aged 15, so my family know I can take care of myself.

I like being out of my comfort zone. As a creative person I thrive on new and unfamiliar environments, which are a constant source of inspiration. My favourite mantra is: “If you think adventure is dangerous, try routine, it’s lethal.”

Mentally, it’s a big challenge – every single day. Despite having a lot of focus, most of the time I have no clue which country I’ll be in next month. That’s exhilarating and scary all at once!

On saving for her trip:

I’m not very materialistic, so putting away a pot of money each month is more habit than chore.

On deciding where to go:

This was pretty organic. I had a friends wedding in Adelaide, and managed to find a cheap flight via Denpasar, so I ended up spending a month in Bali. Then I flew back through Dubai and went to Georgia and followed this with a stint in the Eastern Caribbean, which was a photography commission that came out of the blue! It’s always good to keep a fluid travel plan, as you don’t know who you’ll meet or what opportunities will arise. On the whole I’ve had no regrets no. I think I’m suited to a more nomadic way of life, and it’s pushed me creatively with my work. I’d be lying if I said I didn’t miss the stability of a regular income and spending time with my friends, but these are a few of the compromises you have to make.

I’m a photojournalist, and I also do occasional design projects, so the three combined mean I’m able to finance my travels and make a living.

On the best place she’s explored:

My spiritual home is Latin America, and Lake Atitlan in the highlands of Guatemala is a very special place. The life is simple, the coffee is out of this world, and watching the sun dip behind its brooding volcano remains one of my most cherished memories.

On facing stereotypes as a lone traveller:

It’s liberating once they shake off those new traveller nerves.

On difficulties faced as a lone traveller:

Despite being pretty streetwise, travelling solo as a woman can be a worry at times. When I’m off the grid, I try and take buses in the daytime, and get my hotel/hostel to flag up the ‘no-go areas of town’ as soon as I arrive. I am still blown away by the generosity and hospitality of people who have, by western standards, very little – and in many cases seem to lead very fulfilling lives, despite their hardships.

It’s made me more patient, improved my self-sufficiency and challenged my stereotypes of different cultures.

Ask me again in a year’s time! Right now I’d say no. I’m enjoying the freedom of making my own decisions, waking up and deciding I’m going to work in the evening because the weather is too good not to go for a hike.

Adventure Destinations That are Cool In Every Sense

Omniya Fareed Shafik had a high-powered job in the banking sector when she decided to ditch her job security in favourite of pursuing her dream travelling the world as a freelance writer and launching her blog.

I was in the typical nine to five rut. I used to be too exhausted to do anything after work but I used to travel during every holiday I got. 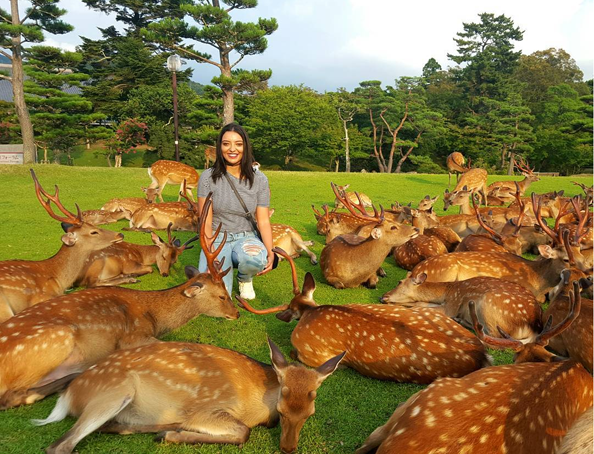 I started making a career out of freelance writing and realised that I could do it long-term while travelling the world.

Being from an Arab background, they didn’t really understand what was going on. It’s not normal in our culture to quit your job and travel the world. There were also questions on how I would find someone to settle down. They’re really supportive now.

Learning about new cultures, tradition, and religions. The world is really diverse. 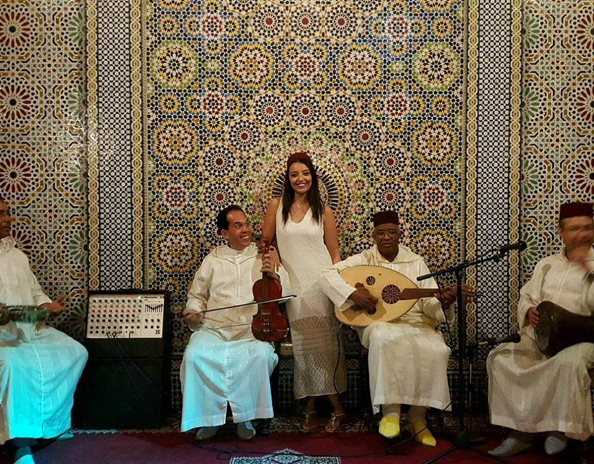 Missing my family and friends back home. It was hard in the beginning but I always make sure to come back once or twice a year to see them.

The more time passes, the more I’m more positive that I made the right decision. I took control of my life and now I’m living the life that I want

I fund my travelling through freelance writing.

On the best place she’s explored:

Japan. Awesome food, culture, sights, people. I also learnt a lot there such as going out of my way to help people. Locals there will do everything they can to help you. 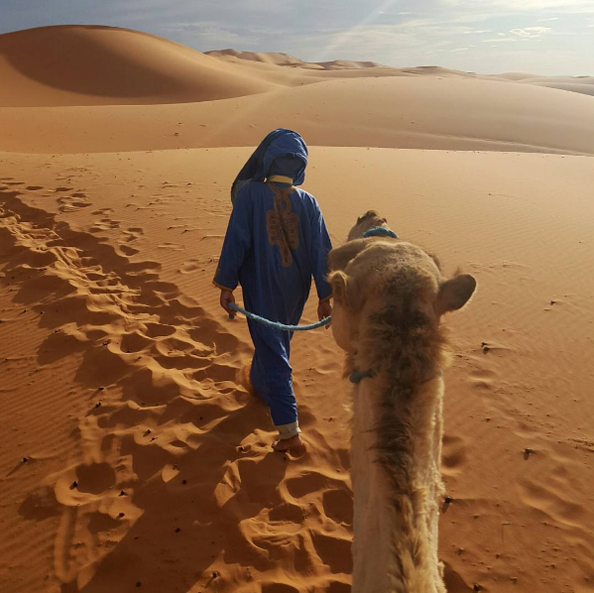 On facing stereotypes as a lone traveller:

I get mixed reactions but many people don’t get that you always meet people when you travel.

I’ve learned to follow my dreams and work hard.

Alpana Depala worked in the publishing industry for many years as a stylist, writer and editor but decided to turn her back on the uber-glam life and explore a more spiritual world running her own surf and yoga retreats in Bali.

I actually loved what I did, but when I made the big decision to leave, it wasn’t really a choice, everything in me told me I had to explore this new adventure ­– all the signs were there. 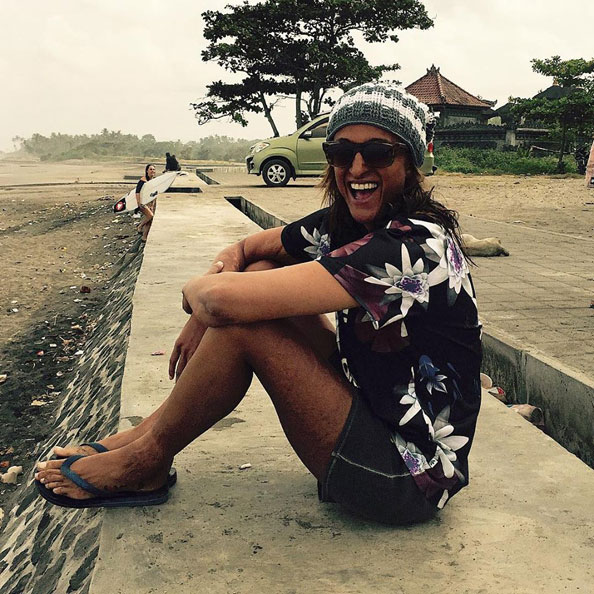 On one rare occasion where I put myself first, I decided to take my remaining holiday days before they lapsed. I’d always wanted to learn to surf, so I scoured the Internet for places to do this. A couple of weeks later, bikini and bug spray in hand, I was wheels-up to a surf and yoga retreat in Bali. It was exhilarating and liberating, and when I returned a week later, something had changed; I knew it was time for a new adventure. A few exploratory trips later, I decided to start my own surf and yoga retreat business in Bali, and so A-Zen Retreats was born.

Without exception, they were all extremely supportive of my decision. After that, I didn’t look back.

The thrill of the unknown and the possibilities that lay ahead of me.

Giving up a nine to five with the security of a regular salary in favour of the completely unknown. 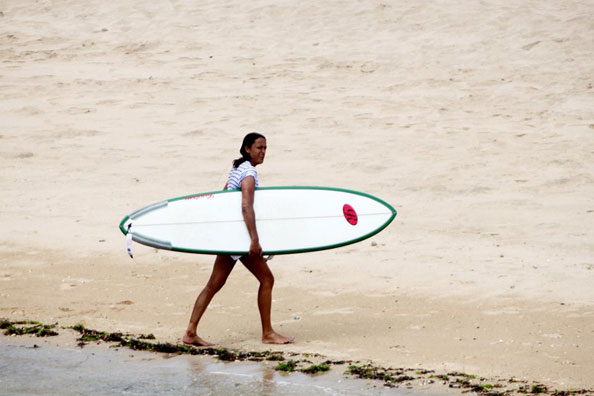 On deciding where to go:

Stumbling across a retreat in Bali was a happy accident. I previously had no inclination to ever visit the island. It was my desire to learn to surf that led me there.

I would do it all over again. With the benefit of hindsight though.

Well, that’s really how it all began. I asked myself the question, how can I keep travelling, surfing, exploring and doing yoga and earn enough money to keep doing it. The idea of running my own retreats grew from there.

On difficulties faced as a lone traveller:

Lone travel is something that’s relatively new to me, and I would say, it’s more about what goes on in your own head rather than how people react to you. 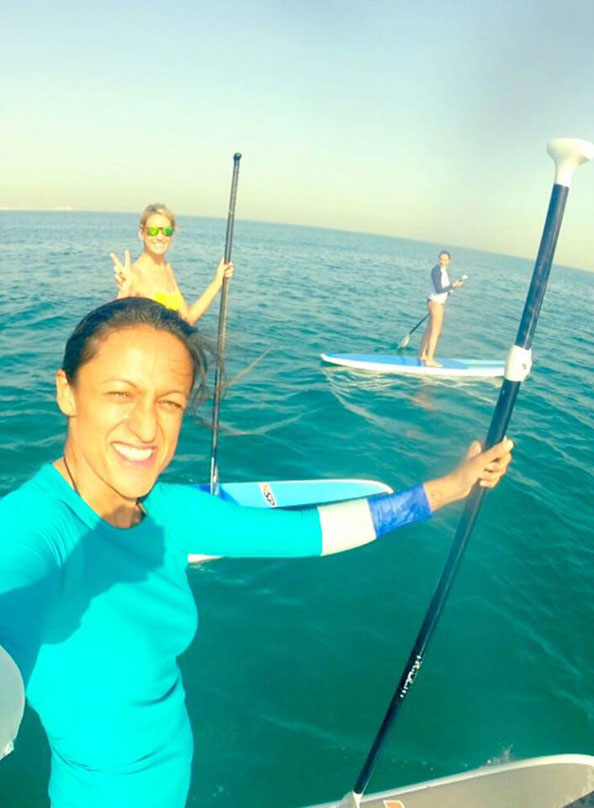 Sometimes the journey itself is the learning. Never underestimate anyone, least of all yourself.

It’s taught me a lot about my capabilities and my limitations. I think the people around me would say that it has made me more open, accepting and approachable.

I think we must all recognise when we need to be flexible, and sometimes circumstances dictate the steps we need to take. I am currently back in Dubai and reviewing my options. A desk job and a new challenge in the near future is possibly on the cards, but that is not to say the retreat dream is over. I’m now fully licensed in Bali and will still run A-Zen Retreats as and when I can. A journey is after all an on-going adventure. Let’s see where it leads.