Watch: Will Smith takes a dive into the world’s deepest swimming pool in Dubai 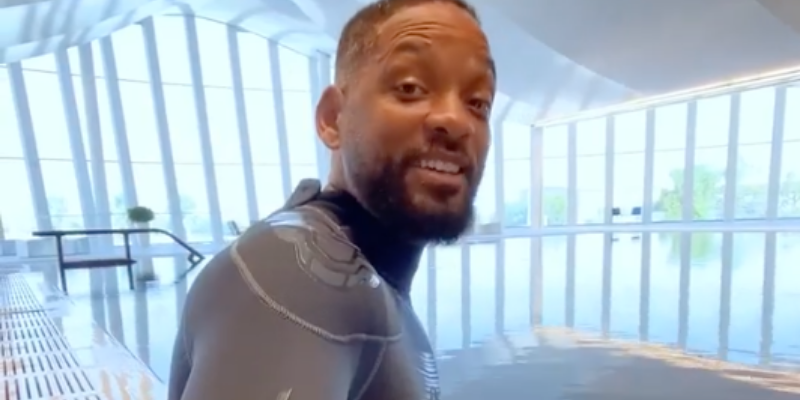 And, of course, His Highness Sheikh Hamdan bin Mohammed bin Rashid Al Maktoum, the Crown Prince of Dubai, who is known for his love of adrenaline-fuelled activities took his 12 million followers on a tour inside the latest attraction, posting a video to Instagram.

It seems Sheikh Hamdan – affectionately known as Fazza – has recruited some of his A-list friends to also take a dive in the world’s deepest pool, as actor Will Smith became one of the first to take a dip at Deep Dive.

Sharing a video with his 54.7 million followers on Instagram, Smith said, “So I’m always in Dubai, and a friend of mine told me I have to check out this pool.” We have a strong hunch this “friend” is Fazza.

Panning the camera down into the pool which holds an incredible 14 million litres of water and has a depth of 60 metres, Smith told his followers he was about to take a dive down.

Smith has been popping up in Dubai regularly over the past few years and has even said Dubai is “his favourite city on earth”. The city even had a starring role in one of the six episodes of his Facebook Watch series Bucket List.

More recently, Smith congratulated his friend Sheikh Hamdan on the birth of his newborn twins – Rashid and Sheikha.

The gifts were addressed to ‘Prince Rashid’ and ‘Princess Sheikha’ with blue and pink colour themes, which featured the Hollywood actor’s character the Genie from the live-action remake in 2019. The star even appeared to sign the gifts from ‘Uncle Will’.