These Emirati Athletes Are So Inspirational, Nike Have Snapped Them Up 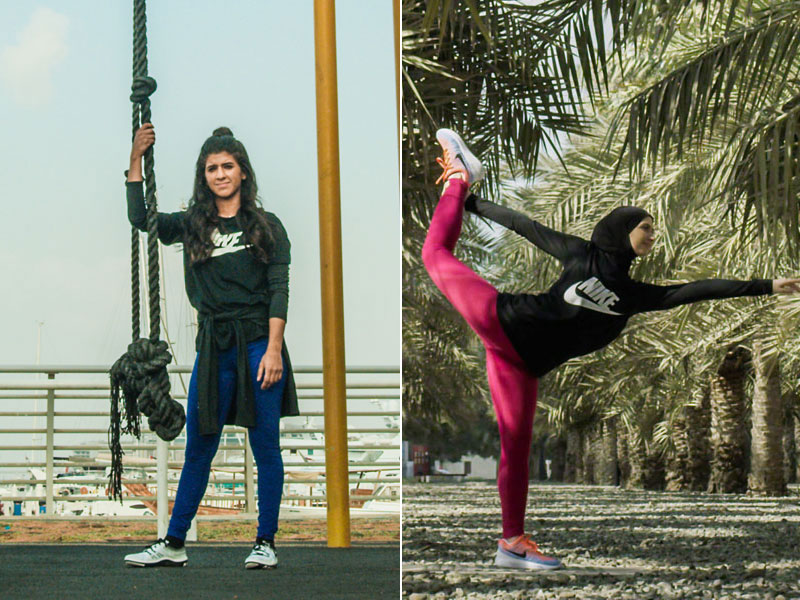 It is hoped their stories will encourage more women to get active and chase their own dreams.

Apparently, the videos are part of a lead-up to a big Nike Women’s movement which will be launching in the Middle East later this month.

But for now, here’s some more about the athletes…

Amal Murad is a calisthenics athlete, and the first Emirati female parkour coach.

She told Nike how her love for extreme sports often made her feel like an outsider growing up.

“I wasn’t a popular kid, and I had anxiety,” she said.

“Most girls would think of excuses to miss PE class, and I couldn’t wait to get out there and run around. As I got older, parkour helped me discover who I am as an individual and helped me realise that I’m a strong woman and have so much I can offer the world.”

Her advice to other young women is to pursue your dreams without worrying about what others think. 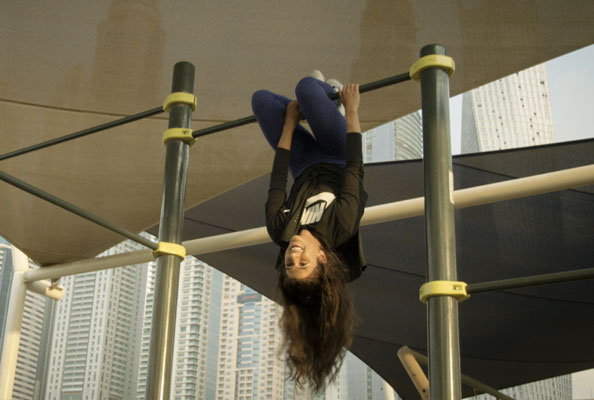 “There’s a phrase in Arabic that means, ‘what will people say about you?’, and it’s every little girl’s nightmare growing up,” she said.

“I’ve learned that if you genuinely want to do something amazing – change people’s lives or inspire people – don’t be afraid to try. Don’t be afraid of your own greatness. Believe in yourself and others will believe it too.”

Zahra Lari hopes to become the first Emirati figure skater to compete in the Winter Olympics.

The Abu Dhabi-based 21-year-old begged her parents to let her take ice skating lessons after seeing the movie Ice Princess.

“When I told my mom I wanted to try figure skating, her first words were, ‘no, your grades are going to drop and it’s dangerous’,” Lari told Nike.

“Obviously, I went to my dad next, and my dad was like ‘yes, sure’ and took me to the ice rink for the first time.”

Read:
Meet The Ice Princess In A Hijab Determined To Make UAE History
Emirati Couples Can Get Dhs70,000 Towards Their Wedding

Fast forward 10 years, and Lari has the Olympic dream in her sights, training four hours a day, seven days a week. 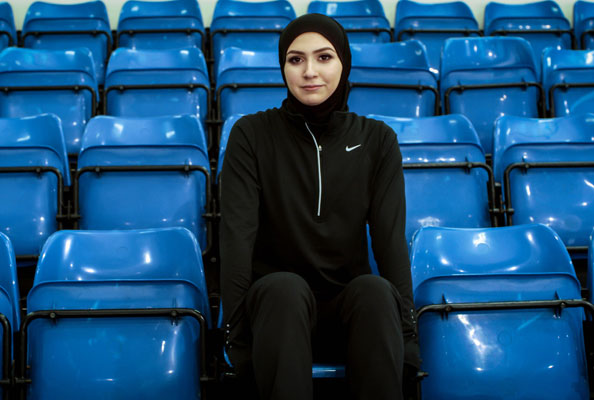 “At the beginning it was really difficult. No one in the country knew what figure skating really was. We’re from a desert country, so no one understood that it was a real sport,” she said.

“It’s a good thing that I never care about what other people think, or I would have stopped this a long time ago.”

Lari said she wants to be seen as not just a role model for people from her own country, but a pioneer for Muslim girls all over the world.

“People may think or tell you that you can’t do certain things, but I’m going to show them you absolutely can. I am covered, I am Muslim, I am from a desert country and I’m doing a winter sport. It’s fine to do what you love.

“My family is behind me, my country is behind me – and there’s no reason why I can’t achieve what I want to achieve.”