Watch: The Dubai sky lights up as tribute for the late Sheikh Hamdan bin Rashid 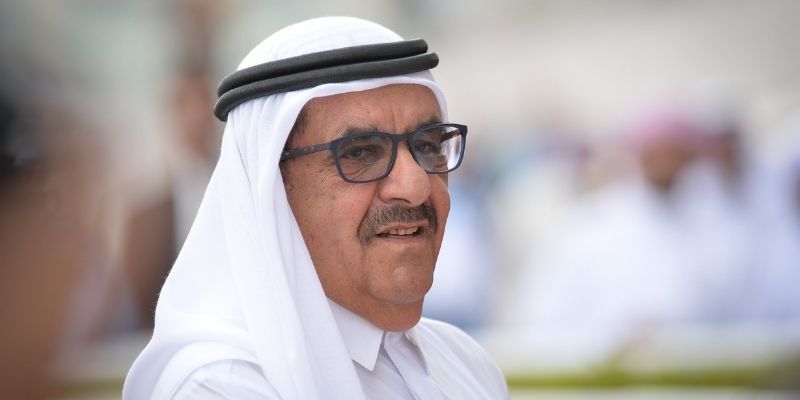 In the wake of the passing of the Deputy Ruler of Dubai and the Minister of Finance and Industry of the UAE, His Highness Sheikh Hamdan bin Rashid Al Maktoum, a spectacular display was made as a tribute at the Meydan Racecourse at the Dubai World Cup this weekend.

The event concluded with a glistening skyline featuring a drone display, which made up His Highness’ portrait in the sky.

Alongside this, screens showcased a series of photographs of the late Deputy Ruler of Dubai in remembrance of him.

The images of Sheikh Hamdan were complemented by messages which read, “A gentleman, a statesman, the equestrian.”

The 25th running of the #DubaiWorldCup came to a close with a touching tribute in memory of the late Sheikh Hamdan bin Rashid Al Maktoum, Deputy Ruler of Dubai and UAE Minister of Finance. pic.twitter.com/xSk1WGtKCM

His Highness passed away at the age of 75 on Wednesday, March 24, 2021. The news was announced by his brother, His Highness Sheikh Mohammed bin Rashid Al Maktoum, the Vice President and Prime Minister of the UAE and the Ruler of Dubai.

Sheikh Mohammed shared a black and white photo of his elder brother along with the caption, which was posted in Arabic, stating, “We belong to God and to Him we shall return. May God have mercy on you, my brother, my support and my companion.”