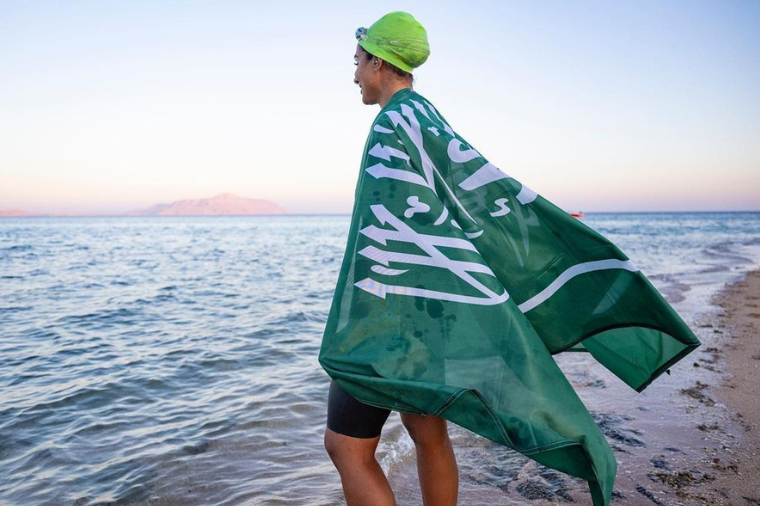 Dr Mariam Saleh bin Laden has become the first Arab woman to swim across the Red Sea from Saudi Arabia to Egypt.

The Saudi Arabian dentist and certified endurance swimmer completed the journey within four hours crossing nine kilometres of the open sea making history in the region.

Ahead of the COP27 meeting, the endurance swimmer wanted to highlight the vulnerability of coral reefs. By overcoming the harsh realities of the water including the strong winds and sharks, she came out stronger after embarking on this heroic mission to protect the Red Sea.

The journey started from the Kingdom’s Tiran Island and ended for her at Sharm El Sheikh in Egypt along with her advocate and endurance swimmer Lewis Pugh who continues on his 160km expedition.

“I am very grateful to be the first Saudi, the first Arab and the first woman to swim from Saudi Arabia to Egypt,” she said on Instagram after completing her journey. “I never thought I would do this without a shark cage. But putting ourselves out of our comfort zones is what makes us stronger,” she conveyed.

Dr Mariam is no stranger to breaking records. She became the first Arab woman to complete the 4.5km Hellespont Swim in Turkey from Europe to Asia and the first woman ever to swim the 162 km length of River Thames in England in 10 days later in June 2016.