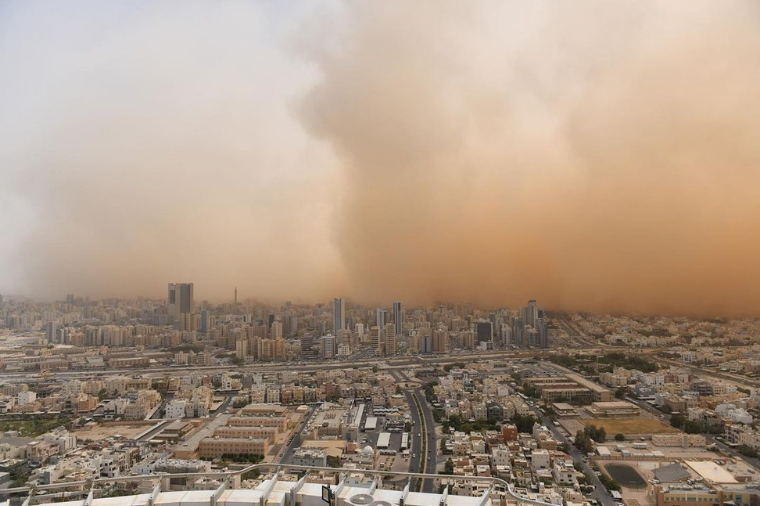 On Monday, all flights were grounded in Kuwait due to a huge dust storm which engulfed the country.

Kuwait City was coated in a thick orange haze which, according to Kuwait’s State News Agency KUNA, the storm swept across the country and saw winds exceed 60 kilometres per hour and also led visibility to decrease to less than 500 metres in some parts.

One individual managed to capture an incredible time-lapse of the entire storm engulfing an area of the country.

In the footage, which has been making the rounds on social media, a huge dust cloud is seen in the background and slowly as the timelapse continues it edges closer to the city.

During the 30 second clip, the storm charges towards the coastal area of Kuwait and completely engulfs the skyline, with only an orange hue to be seen on camera.

While all commercial flights were grounded on Monday, they were rescheduled after the storm had passed.

The UAE’s National Center of Meteorology has warned the storm could hit western parts of the country.