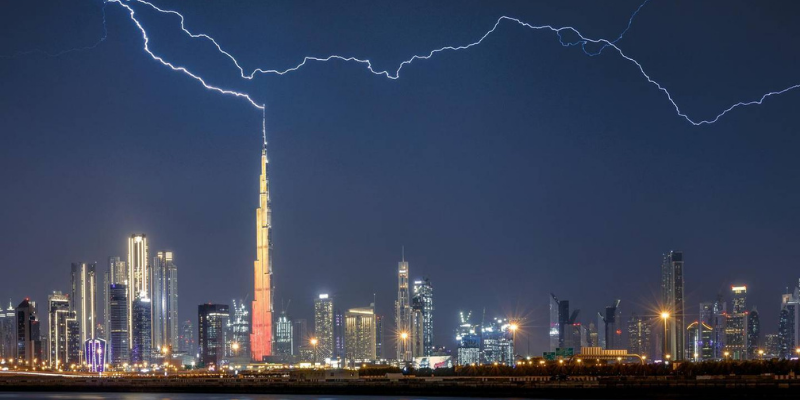 For the past few days, the UAE has been engulfed in a series of rainstorms.

In the last three days alone, there’s been 18 months’ worth of rainfall recorded and many areas around the UAE including Dubai, Abu Dhabi, Ras Al Khaimah and more have reported floods in some parts.

There has also been a series of lightning and thunderstorms across the UAE and one was even recorded striking the Burj Khalifa.

The footage was captured by Khalifa Saeed Sulaiman, the head of protocol for the Vice President and Prime Minister of the UAE and Ruler of Dubai, HH Sheikh Mohammed bin Rashid Al Maktoum.

He shared the clip with his 788,000 Instagram followers which showcases lightning striking the top of the world’s tallest building twice, as the skies are lit up by the bolts.

According to weather reports, rainfall across the UAE is set to continue this week.