Want A White Christmas? Here Are The Best Last-Minute Escapes 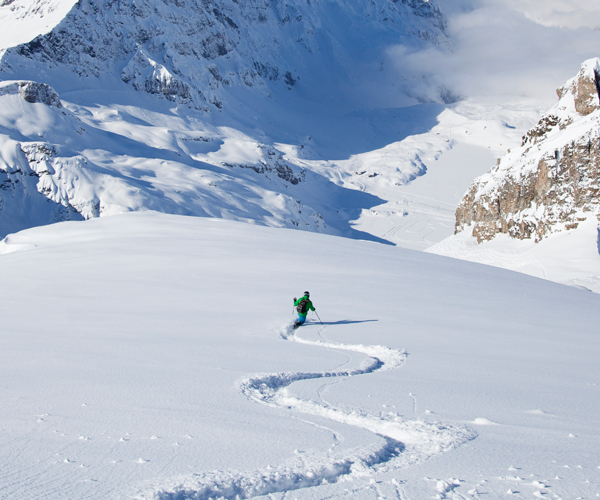 Longing for a white Christmas? Look no further than these frosty festive breaks.

You don’t have to go as far afield as Aspen to experience a winter wonderland – there is plenty of ski action to be had within slaloming distance of the UAE (and we’re not just talking about Ski Dubai). Here, we round up the best places for a last-minute snowy escape this December. 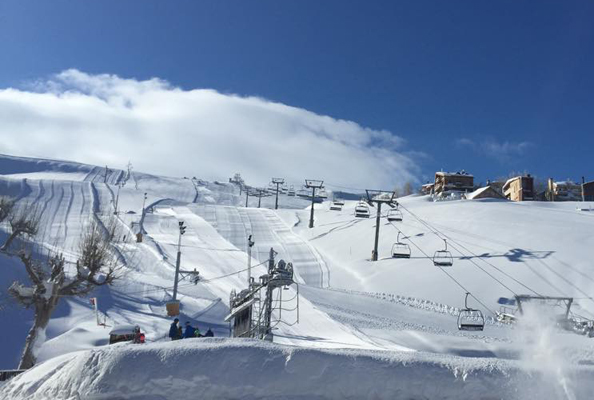 Dubbed the ‘Switzerland of the Middle East’, Lebanon is fast gaining buzz as the region’s go-to ski capital. Of the six resorts, the best equipped and most popular is the Mzaar resort. With snow-capped ski chalets and the stunning white peaks of Mount Lebanon as a backdrop, it’s hard to believe this winter escape is just an hour’s drive from Beirut. With peaks of up to 2,465 metres and over 80 kilometresof tracks, there are ski runs to suit all levels and abilities, as well as snowmobiling, climbing, hiking and quad biking available.

Where to stay: InterContinental Mzaar Mountain Resort & Spa gives the cosy feel of an alpine chalet (think cosy, open fires) with the luxury of a five-star resort. As well as French, Italian and Lebanese restaurants to try, you can unwind at the Thermes du Mzaar Spa.

How to get there: FlyDubai flies to Beirut from Dhs350. flydubai.com.

When you think of snowy escapes, Iran might not be the first place that springs to mind but the resort of Dizin, around 40km from Tehran, is well worth a winter break for the top-notch facilities and Insta-ready views of Mount Damavand.

Where to stay: The Dizin Hotel is the resort’s official hotel, conveniently placed right in the mountains, with smashing views to match.

How to get there: You can fly to Tehran with FlyDubai for around Dhs365. flydubai.com. 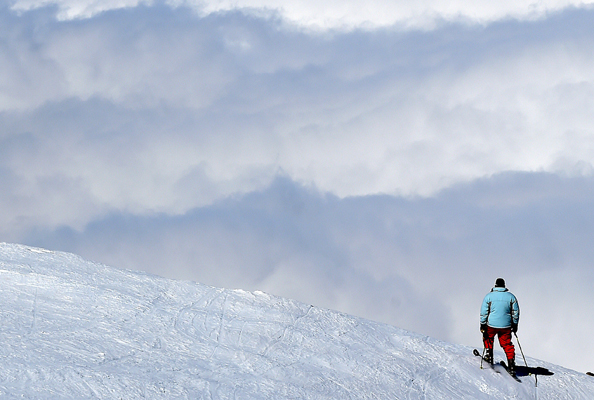 Skiing in subtropical Africa sounds about as far-fetched as skiing in Dubai (and hey, we made that happen, right?), but just 45km from Marrakech lies the Atlas Mountains and the ski resort of Oukaïmeden. The resort boasts Africa’s highest chair lift reaching dizzying heights of 3243m to the peak of Jebel Attar, serving five ski runs. If you prefer something tamer, four drag lifts service the nursery and intermediate slopes and you can ride by donkey (yes, really!) between lifts. For the real dare-devils, there is also Heliski Marrakech – the only heli-ski operator in Africa offering drops of 3962m – or you can keep it simple and settle for some sledging fun.

Where to stay: Dubai-based group Emaar reportedly have plans to invest US$1.4 billion in 11 hotels in the resort, but until that comes to fruition, it’s better to stay in Marrakech and commute to the snow. The Four Seasons Resort offers stunning views of the Atlas mountains from the sun-soaked sanctuary of the city.

How to get there: Emirates fly direct to Casablanca from Dhs1,960 return. A return train fare from Casablanca to Morocco is around Dhs66. emirates.com.

Read:
Are You Brave Enough To Take On This Daring Dinner In Dubai?
Need A Midweek Pick-Me-Up? Here Are Five Must-Try Ladies’ Nights In Dubai
Nine Of The Best Healthy Meal Delivery Options In The UAE

The ski resort of Shymbulak boasts a snowboarding park and plenty of red and blue ski runs, and super-affordable ski pass prices. It’s small, but you won’t have to queue for the lifts and the views of the glaciers are stunning.

Where to stay: Opened in 2010, The Royal Tulip Almaty offers proximity to the ski action and the famed Aquarius Spa. Win win.

How to get there: Air Astana currently has an promotion rate on flights from Dubai to Almaty for Dhs1,315. airastana.com 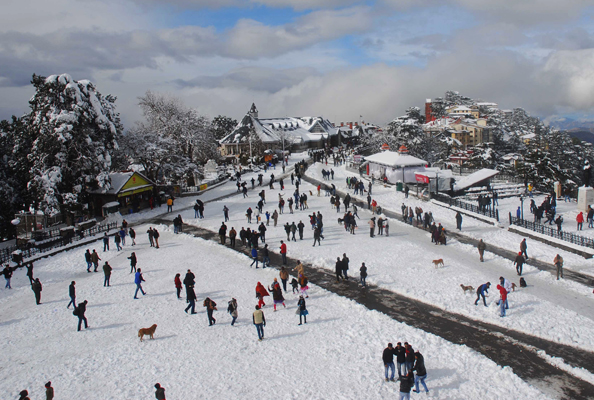 The resort of Himachal Pradesh in Kufri is a great ski spot for amateurs and beginners who want to dabble in some winter sport, as the slopes are gentle. There is plenty of fun for families with tobogganing and yak rides on offer, not to mention the annual ice-skating festival from December to February in Shimla, where you’ll find India’s largest open-air rink.

Where to stay: The Oberoi Wildflower Hall in Shimla has a fairytale location deep in the mountains and a lush spa where you can get pampered at 2,515 metres.

How to get there: IndiGo fly daily from Dubai to Chandigarh from around Dhs1,164 return. A transfer to Shimla takes around four hours by road or rail. goindigo.in.