The viral TikTok ‘honeycomb pasta’ we all need to try 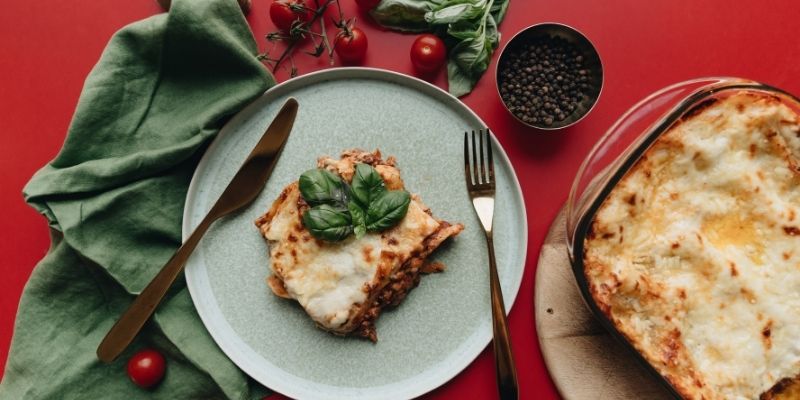 With travelling put on a hold in numerous countries globally and many people’s newfound love for cooking found amidst the pandemic. Never before have recipes been so accessible and made to look so simple via TikTok.

After the famous feta pasta hack went viral last month, a new pasta dish – ‘Honeycomb Pasta’ – has emerged and it looks to be the next trend that’s a must-try.

Anna Rothfuss, whose username is @bananalovesyoutoo on TikTok, shared a tutorial and the recipe on the video-sharing platform and has now received close to 12 million views with up to 20,000 comments.

Characterised as part cake, part lasagna, this quick-paced tutorial uncovers a pasta hack that you can easily try out whether you wish to dine alone or with friends and family.

With the star of the show, being the Rigatoni pasta, it’s stuffed with string cheese, when placed vertically, drizzled with pasta sauce and mincemeat, to then be placed into a rounded cake pan for the ultimate reveal.

Referred to as the honeycomb cannelloni, this noteworthy dish consists of a large quantity of pasta sauce topped with mince, with the final layer of shredded cheese to be left in the oven for the cheese to melt completely for that visually stimulating effect.

Eager fans also tried the recipe in anticipation to quickly share it with their followers over social media while also gaining some strong reactions due to the number of ingredients required, with one Twitter user referring to it as “just a pasta casserole’.

Also read: 9 easy TikTok recipes that will make you a cooking pro in no time

Nevertheless, we’re still excited to try this and the many more inspiring TikTok recipes out there you can easily transform into a MasterChef in no time.