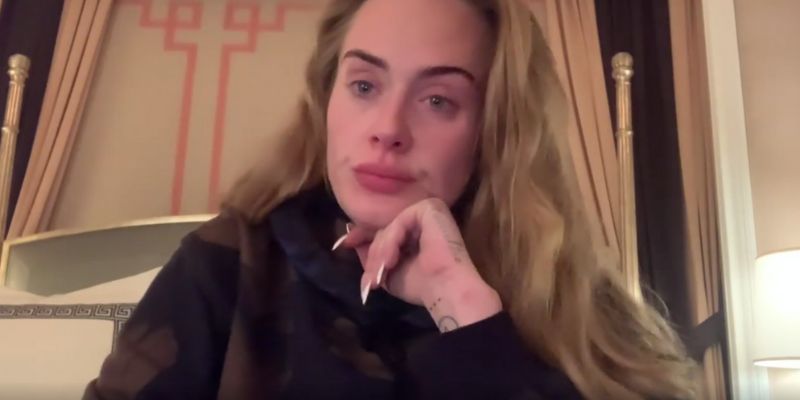 Adele was set to embark on a mammoth residency at Caesars Palace in Las Vegas, but just 24 hours ahead of her first performance in the party city, the singer announced she’s been forced to postpone the shows.

A tearful Adele took to Instagram to share the news in an emotional video apologising to her fans but insisted it was “impossible” to go ahead with the residency as planned at present due to COVID-19.

“I’m so sorry, but my show ain’t ready,” the star said tearfully in a video. “Half of my team have COVID and it’s been impossible to finish the show.”

The star, who recently released her fourth studio album entitled 30, also detailed how there’s been a slew of “delivery delays” which has also affected their plans to go ahead with the residency.

The Grammy Award-winning singer admitted she had been up “for 30 hours” to try and get everything in order for the show, but she and her team had “run out of time”, insisting she couldn’t give her fans “what I have right now and I’m gutted”.

Adele issued an emotional apology to her fans who were set to see her perform on Friday, January 21 for the opening show of her Las Vegas residency. admitting she was “really embarrassed” by the situation.

“We’re going to reschedule all the dates, we’re on it right now,” she said. “And I’m going to finish my show. I want to get it to where it’s supposed to be… We’ve been up against so much and it just ain’t ready.”

It was announced back in November that Adele was set to embark upon a 24 show Las Vegas residency ‘Weekends With Adele’ marking the signer’s first live concert since 2015.