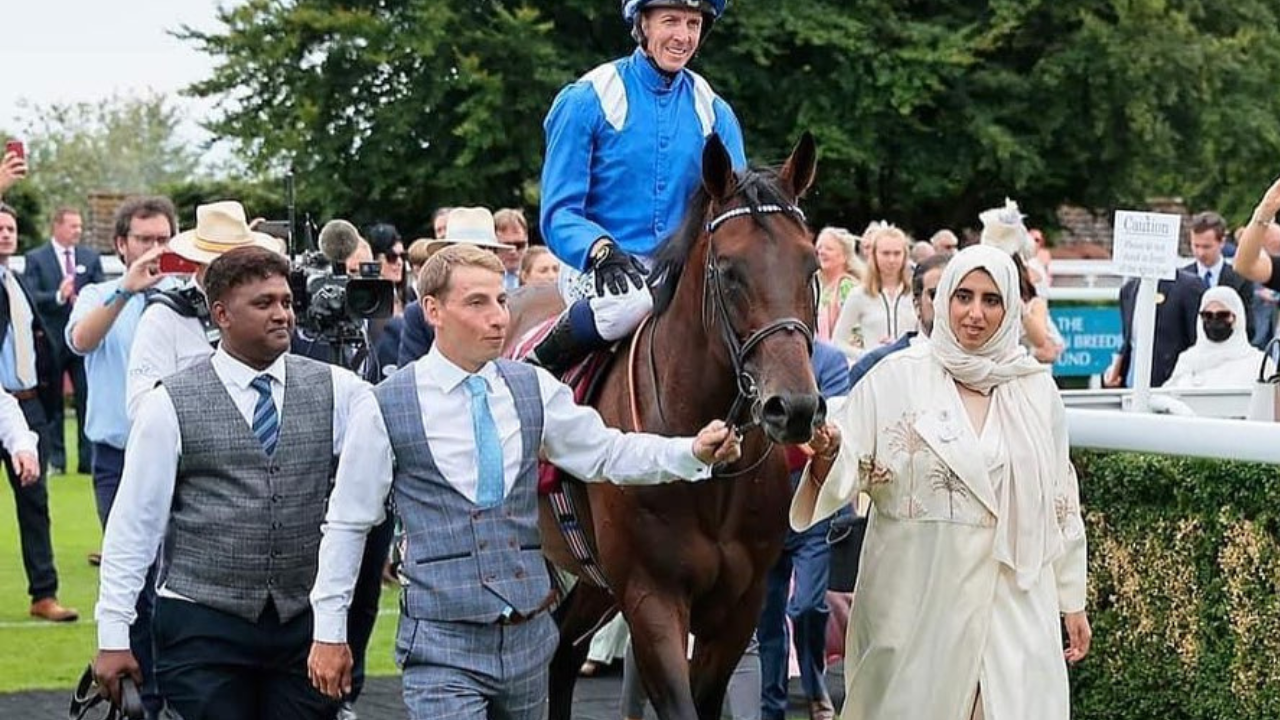 The Dubai royal family is known for their affinity and passion for horses, some of which has largely been shaped by the late His Highness Sheikh Hamdan bin Rashid Al Maktoum, the former Deputy Ruler of Dubai.

The late sheikh was also the founder of Shadwell Racing, a global racing and breeding enterprise involving both Thoroughbred and Arabian horses, which has seen success worldwide.

His Highness’ legacy lived on at the recent Sussex Stakes in the UK, where stallion Baaeed was victorious and is regarded as perhaps one of the best racehorses in the world.

The late sheikh’s daughter, Her Highness Sheikha Hissa bint Hamdan bin Rashid Al Maktoum, was at the race reverently watching on as Baaeed triumphantly crossed the finish line in Group 1.

“For me and my family he means the world,” Sheikha Hissa told Racing TV following Baaeed’s victory, adding that it was a special moment to see the racehorse’s triumph, particularly as he’s from the lineage her late father bred.

“It’s good to see one of our best horses coming from that lineage that my father worked hard on,” she said.

Also close to Sheikha Hissa was her father, whom she paid tribute to with a badge of his photo on her pale pink abaya.

We’re sure her father would be incredibly proud of his daughter as she continues to champion his legacy.