Sheikh Zayed was ahead of his time on women’s rights… 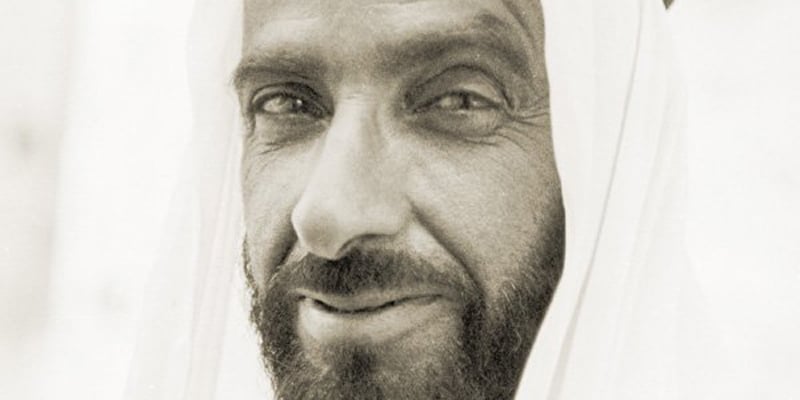 Today, 46.6 per cent of the UAE labour market is made up of women. These words from Sheikh Zayed show how that journey started a century ago…

The newly-formed Gender Balance Council is all about making sure women in the UAE have the equal opportunity to contribute to the country’s economic and social future and success (you can read all about that here).

But one particular book, Father of Our Nation, featuring quotes from Sheikh Zayed bin Sultan Al Nahyan, the founding father of the UAE, shows how equal opportunities for women was part of his vision all along.

Here’s a video featuring direct quotes from Sheikh Zayed – who was born in 1918 – to prove it (click to play):

As Sheikh Zayed himself said, “The ruler, any ruler, is only there to serve his people and secure for them prosperity and progress.” And we’re glad he meant the UAE’s women too…

We now live in a country where women make up 46.6 per cent of the labour market, and the fact Sheikh Zayed was having these kinds of conversations last century will definitely be a factor in that.

“The woman is half of the society; any country which pursues development should not leave her in poverty or illiteracy.” – Sheikh Zayed

Remember, the UAE was the first Arab country to have introduced a mandatory female presence in boardrooms, and today 56 per cent of the science, technology, engineering and mathematics graduates in the country are women.

FACTS ABOUT THE FOUNDING FATHER…

– He was born in 1918 to the Bani Yas tribe in Abu Dhabi, Sheikh Zayed bin Sultan Al Nahyan became the president of the UAE in 1971, a role he maintained until he passed away in 2004.

– He became the governor of the Eastern region of Abu Dhabi in 1946.

– Zayed was known as an early promoter for the region of freedom of worship, allowing expats to openly practice their own religions while living in the UAE.

– When Sheikh Zayed was growing up he had no access to traditional education, but he did learn about things like Bedouin survival skills from his elders.

– The coffee table book Father of Our Nation, Dhs95, is available to buy online and in major UAE bookstores.