Video: Sheikh Mohammed reduced to tears by girl’s reading about his late mother 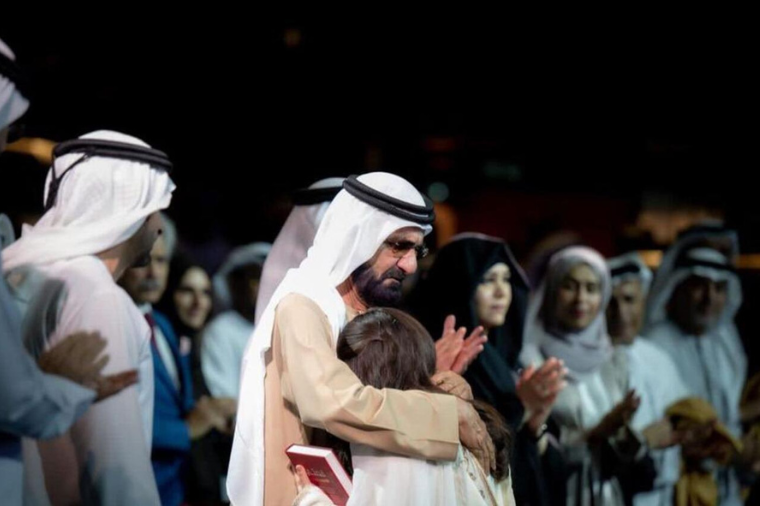 His Highness Sheikh Mohammed bin Rashid Al Maktoum, the Vice President and Prime Minister of the UAE and Ruler of Dubai watched a host of students take to the stage on Thursday at the Arab Reading Challenge’s closing ceremony which took place at Dubai Opera.

One reading, in particular, appeared to touch the Dubai Ruler’s heart which was about his late mother, Her Highness Sheikha Latifa bint Hamdan Al Nahyan.

The Arab Reading champion from 2018, Maryam Amjoun, took to the stage to read an excerpt of His Highness’ book My Story which was about his mother.

“My father lost his life partner for over four decades. He lost his support, his darling, friend, companion and lover… The strong, firm, steadfast victor who was never weakened or shattered, suffered greatly from the loss of his Latifa,” the except read.

In footage which was shared by the Dubai Ruler’s sister, Her Highness Sheikh Fatima bint Rashid bin Saeed Al Maktoum, on social media, Sheikh Mohammed is seen to be visibly moved by the reading, wiping tears away from his face with a handkerchief.

It was the sixth edition of the Arab Reading Challenge which saw over 22 million students enter, the highest number of participants ever registered in a single edition of the challenge since its inception.

“Our precious Arabic language is in the safe hands of the millions of Arab students and the thousands of volunteers that spare no effort to make this Arab literacy initiative a success,” His Highness said of the challenge.

“The Arab Reading Challenge succeeded in creating the largest knowledge movement in our Arab world. The Arabic book has been taken off the shelf, and put in the hands of our youth, to inspire hearts and minds and light up the path.”