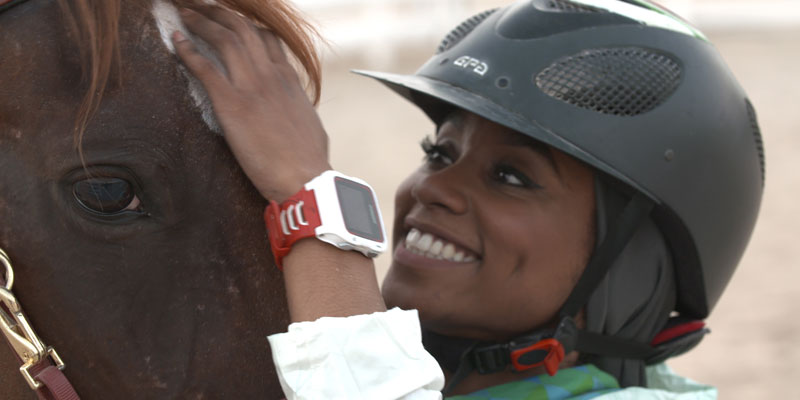 This up-and-coming equestrian athlete has a simple message for other young women: “Never stop.”

We’ve got another incredible young Emirati athlete for you to cheer on, and this one’s coming on horseback.

Fatima Al Harthi first got into riding as a child, inspired by her mother’s love of the sport. Now, at 27, she’s making a name for herself in the challenging field of endurance riding. That means racing distances of 80, 100 or even 120 kilometres, and spending up to 15 hours in the saddle.

READ: These Emirati athletes are so inspirational, Nike have snapped them up
Emirati athlete defends this new sports hijab against critics

Al Harthi, who’s based in Abu Dhabi, says that what keeps her going on those long distances is the bond she has with her horses.

“Horses are very beautiful and lovely to communicate with. They have a unique characters and feelings,” she says.

Al Harthi is incredibly determined and hard working. Despite working full time, she finds two hours a day to train, and started competing within three months of taking up the sport. She says starting young is key for those who would like to follow in her hoofprints.

“Sports are physically important and it would be very beneficial if it started from a young age,” she says.

The athlete encourages Emirati girls and women who are interested in sports to get involved, get training, and stay involved. 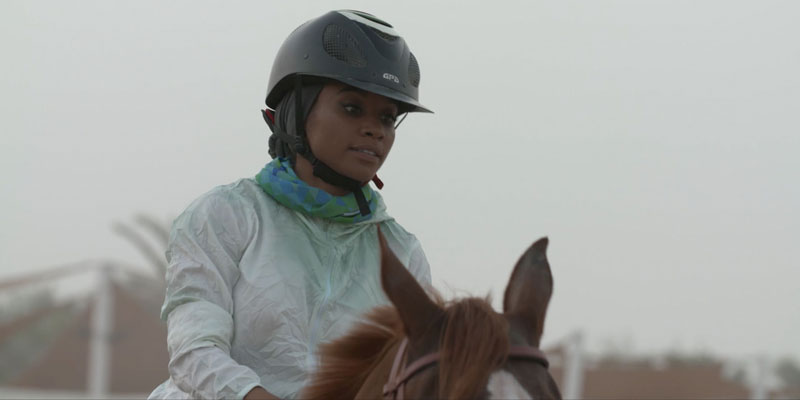 “Emirati women play a big role in sports and they should never stop of whatever they’re doing,” Al Harthi adds. “They always can achieve more with challenges equally as men representing the UAE.”

With that work ethic and her natural talent, we’re sure Al Harthi is one to watch.