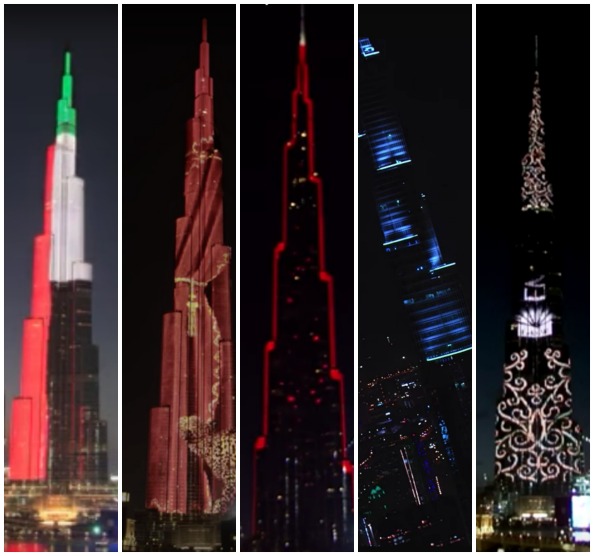 As if the very fact that it is the world’s tallest building wasn’t mesmerising enough, the Burj Khalifa is constantly playing model to a series of magical light shows that transform the gigantic wonder into something even more spectacular.

This week it was luxury brand Cartier that dressed up the tower in a glorious light show complete with the Cartier panther walking across its many windows.

In honour of the LED extravaganza we’ve decided to round up the best light shows that have successfully transformed the face of the world’s most famous building.

This week Cartier hosted a night with José Carreras at Dubai Opera, where they also exhibited some iconic and historical pieces from their collection. To celebrate they lit up Burj Khalifa with a promotional ad.

The car brand performed a world first, by being the first to host a campaign on the Burj Khalifa.

The Tower Dubai Will Be Taller Than Burj Khalifa

For The Best Views Of Dubai, Go Further Up The Burj Khalifa In Style

And we’re not just talking the UAE, Burj Khalifa also honours neighbouring countries, including Qatar and Bahrain, on their respective National Days.

Sydney has its Harbour Bridge, New York has its Times Square and the UAE has the Burj Khalifa with all eyes on the tallest building during New Year’s Eve thanks to its light shows and fireworks.

That’s right, the force was upon us when the Burj Khalifa was taken over by actors to promote the highly anticipated movie, which was partially shot in the UAE.