Janet Jackson Gives Us An Exclusive Glimpse Into Her World 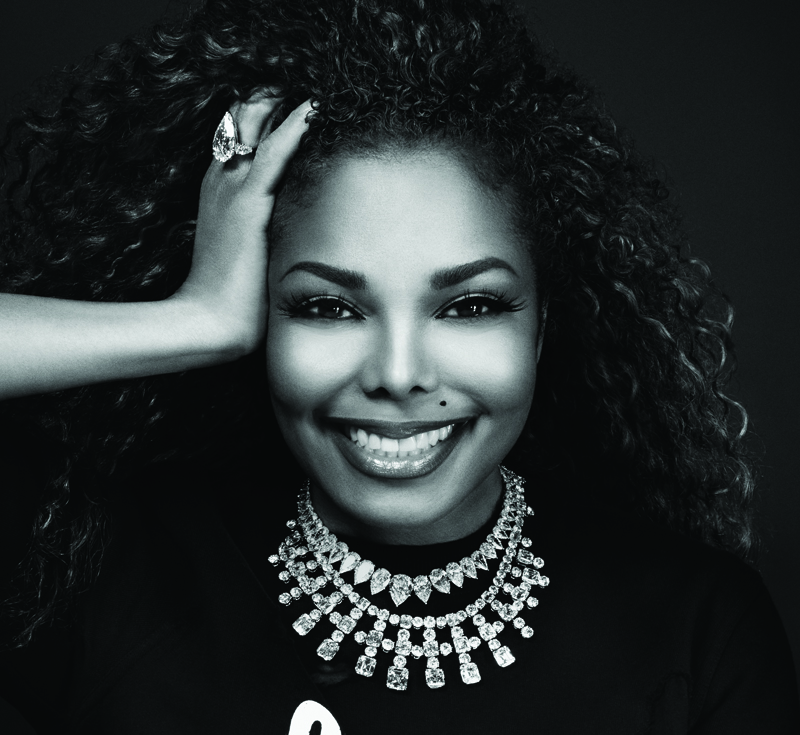 Its already difficult to believe that Janet Jackson turned 50 last month. And then the pop idol manages to spawn further shock waves with the recent announcement of her pregnancy. Emirates Woman gets an exclusive glimpse into the enigmatic life of a most elusive woman.

“But no one’s ever gonna find Miss Jackson,” Panic! At The Disco famously sang in their 2013 Miss Jackson hit. They were right on the money. While the Emirates Woman team were on set to style and direct our cover shoot – coaxing out Janet’s more playful side in the process – for the most part she was sweetly coy and extremely private, retreating to a sanctuary far from the madding crowd.

And so the scene was similarly set for a very intimate event for Janet Jackson in a suite at Dubai’s Armani hotel in order for her to showcase her brand sparkling new Unbreakable Diamonds collection along with business partner Paul Raps of Paul Raps New York.

The VIP guests craned to catch a glimpse of one of the world’s most recognisable and celebrated women – so famous that minders, managers and a multitude of media are de rigueur for this dainty star.

According to her business partner, Janet’s nature shines in harmony with the collection: “Janet is truly a special, gracious person,’ says Paul. “After having the pleasure of meeting with Janet, it was then that I realised her prestige, elegance, class and strive for perfection were the most ideal personifications to represent the most exclusive, beautifully exquisite line of extraordinarily designed diamond jewellery.” 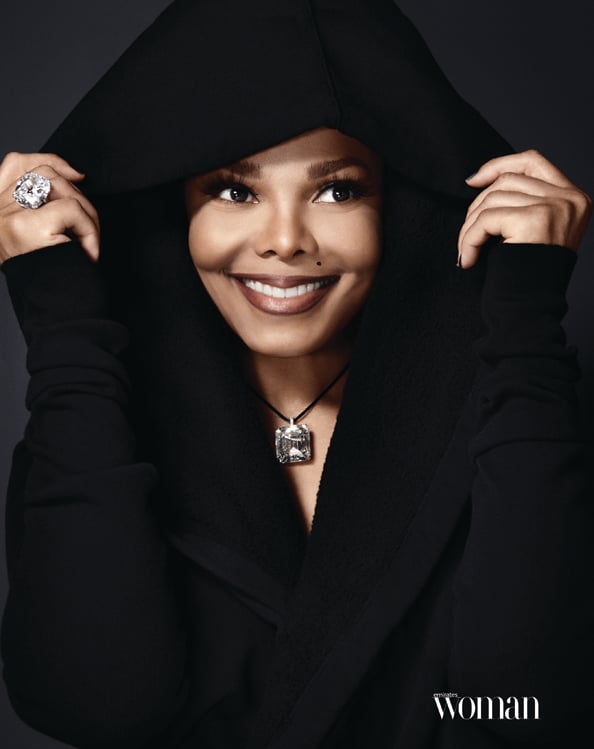 Unbreakable – also the name of Janet’s latest album and her tour that has now been put on hold – reflects all aspects of the artist. According to Jimmy Jam, of Jimmy Jam and Terry Lewis, American R&B songwriter and production team associate of Janet Jackson since the 1980s: “It talks about her unbreakable bond with her fans and her family, with her faith and with her friends. And I think it’s an album where you have to live a lot of life in order to really be able to verbalise and lyricise those thoughts.” 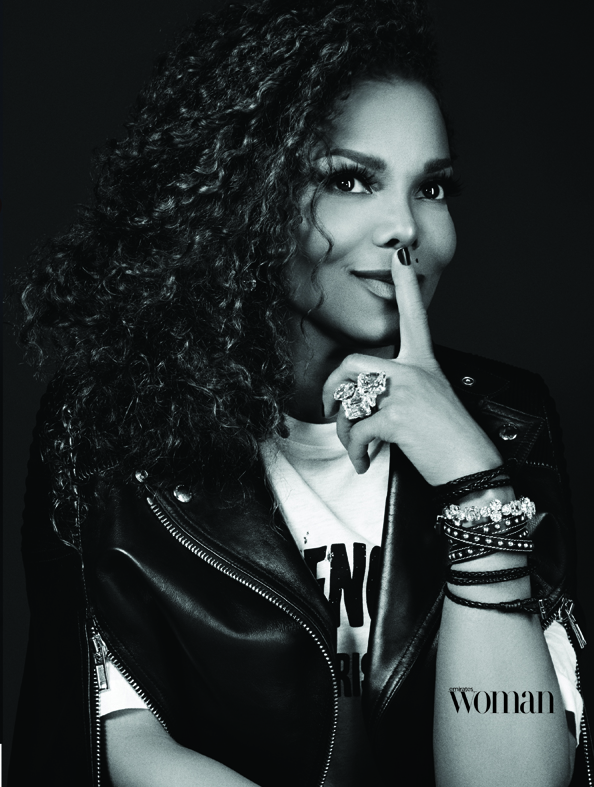 Back in the Armani Hotel and a fresh-faced Janet emerges from behind closed doors with her Qatari billionaire husband, Wissam Al Mana, who gallantly escorts her through the room; the star, dressed in an abaya with her hair tumbling down her back like a modern-day Rapunzel, protesting all the while in a sweet, sotto voice about how “shy” she is.

But is it possible for an award-winning recording artist and actress, who started her career as a nipper when she first appeared on stage with the Jackson 5, to genuinely be this coy? Especially given she grew up in the spotlight and went on to become one of the biggest-selling pop artists in history with 35 number one hits and five Grammys. Not to mention her countless performances in front of thousands of excitable fans and her acting roles on both the small and big screen. Plus her seminal influence on music videos that cemented her status as a pop icon. Then again, Janet has always been an enigma.

Read: Why Janet Jackson Is Our Woman Of The Week

“Janet is pretty shy, but only when you don’t know her well. I think when you know her well, she’s not shy at all,” says Jimmy of the youngest member of the Jackson family.

One of her oldest friends, puts a slightly different spin on it: “Anybody who has been around Janet for any period of time will tell you the same thing… That she is humble to a fault. She will not take credit for the things she is responsible for. She will always say, ‘we did it’ instead of ‘I did it,” he says. 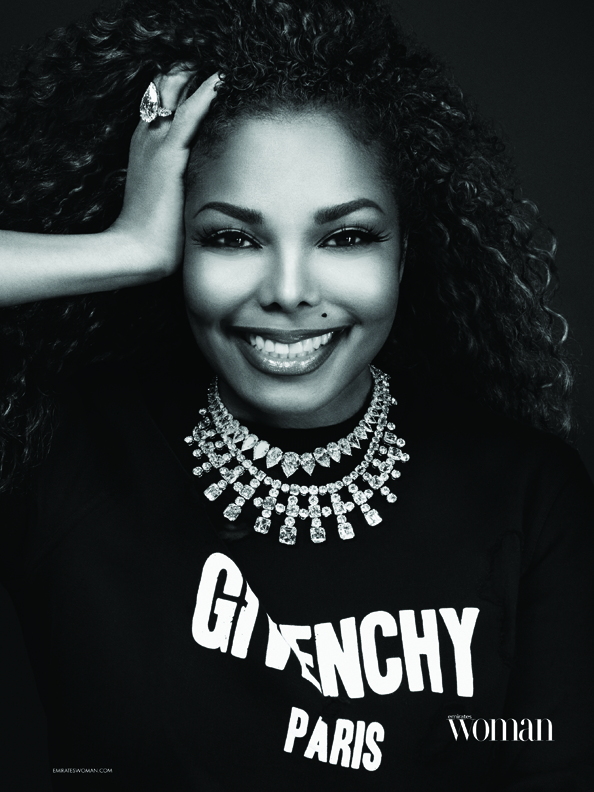 Of course, it’s a common myth that all musicians and actors are extroverts. Many of the best performers are actually very reserved and it’s tenable that it is music – more importantly, her music – that switches her on.

“I think music is really the power for her; it’s why she can perform in front of people,” says Jimmy of the ingénue turned actress turned music mainstay. “She enjoys the energy and the feedback that the audience gives – she feels that instant recognition of a song, people singing along with her. It’s a friendly environment and she feels she’s amongst a group of friends so it makes it easy for her to get out there and perform because she feels comfortable on the stage.”

And there lies the dichotomy when it comes to her fans. On one hand she is as loyal to them as they are to her. But she is also relishing her new-found privacy and her quieter life in the Middle East as the wife of 41-year-old Wissam who manages a Middle Eastern empire of 55 companies involving fashion, media, engineering and real estate. (As an interesting aside, economist Sam Wilkin writes in his book, Wealth Secrets of the One Percent that there are only 1,826 billionaires in the whole world). Way to go Janet.

With sources revealing that Janet never previously considered offspring an “essential” part of her “fulfilment”, and international online magazine MadameNoire writing that she did not panic about not having kids of her own due to the abundance of nieces and nephews in her family circle, some are now suggesting that it is her new circumstances and her role as a happily married woman which has led to this happy – albeit unexpected – announcement. 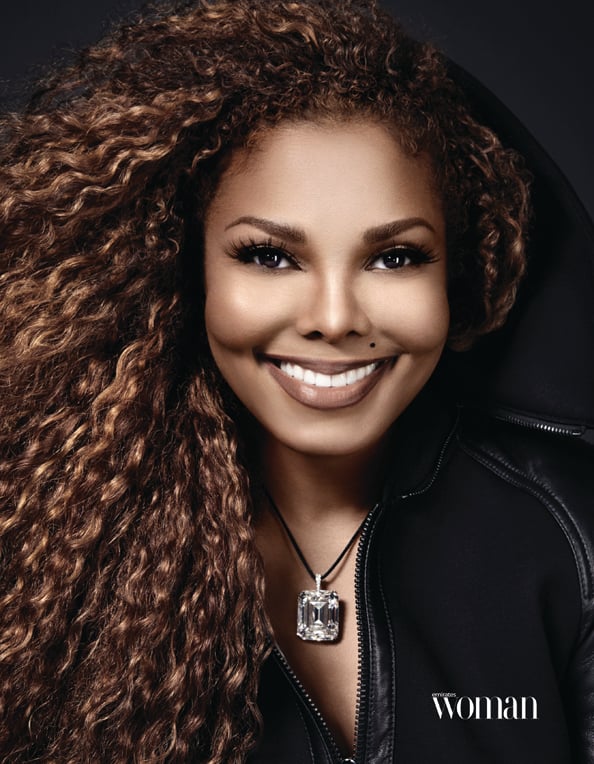 Even her social media messages are often conundrums, littered with cryptic clues of a far more clandestine life. While Janet never declared she’s actually pregnant, she did announce in a video on her Twitter account (just after our shoot) that she and her husband were “planning” their family, which meant delaying her Unbreakable tour.

“We’re in the second leg of the tour and there’s been a sudden change. I thought it was important that you were the first to know,” she said. “I have to rest up, doctor’s orders, but I have not forgotten about you and will continue the tour as soon as I can.”

Read: Celeb Hot Spots – Where The A-List Sleep In Dubai

You have to give the woman props: for all the fame, she’s remained famously private – determined that her life not become tabloid fodder. In spite of this, or perhaps because of this, she continuously manages to surprise us. She’s come full circle in her career, breaking away from her father and becoming a superstar in her own right as opposed to being known as Michael’s baby sister (she was his closest friend and confidant – he used to call her Dunk). In spite of her public discretion, it’s clear she still calls the shots.

“Nobody’s putting words in her mouth or telling her what to sing or how to dance or how to look or anything,” says Jimmy. “She is in total control of that. I think you certainly see another side of her in front of the camera, but it’s always very honest, it always is the same coming from the same heart and the same soul.”

Perhaps her enigma lies in her ability to assume multifarious identities – both in her public persona and her behind the scenes working life. As Jimmy says: “She makes timeless music. It’s music that’s rooted in great melodies and great lyrics and there are many sides to Janet. There’s the rock side, like Black Cat, there’s the more sensual side like That’s the Way Love Goes, there’s the funky side with What Have You Done for Me Lately or Nasty and songs like that. She makes it so it’s a whole experience and so you don’t get tired of what she does because it’s not the same thing all the time. It’s really a wide array of different songs and different tempos and different textures and all of that.” 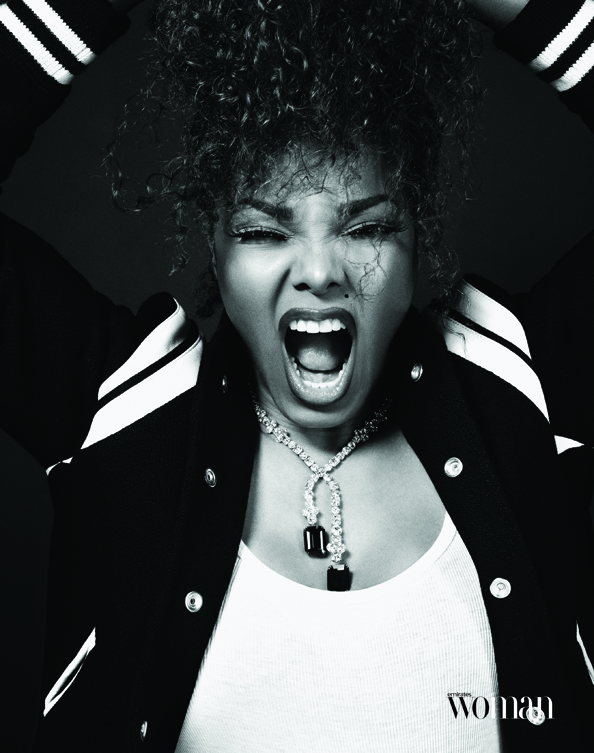 Significantly, it’s talent that doesn’t come with an expiration date. She’s paced herself – there’s usually a three to four year gap between albums – which, Jimmy says, has helped her to live an exciting life while still being able to take time off. “That makes you a complete artist and it definitely helps your longevity.”

What’s more, she’s not yet ready to bow out. “We can definitely expect more albums from Janet,” says Jimmy. ”I say that because of how much fun we had making Unbreakable. Going into it, we knew what we were setting up to try to do, which was to make a great album that spoke to her friends, her family and her fans. And I think we were able to do that. But I think we really felt in our hearts that there’s still more music and more lyrics and more things that we wanna do. That said,” he adds, “Janet is also very much into acting, into Broadway plays and really all types of creative things so you may see her do a whole lot of different things and really kind of mixing the different medias which is something she does really well. I’m excited about the future for her, but definitely would hope to be in the studio making some new music very soon.”

Read: 10 Richest People In The GCC

So while Janet’s impending motherhood may be her focus for now, the surprise specialist still has plenty saved up her sleeves. Until then, she plans to lead her life as anonymously as possibly.

Because when you’re as famous as Ms Jackson, who can blame you for not wanting anyone to find you? 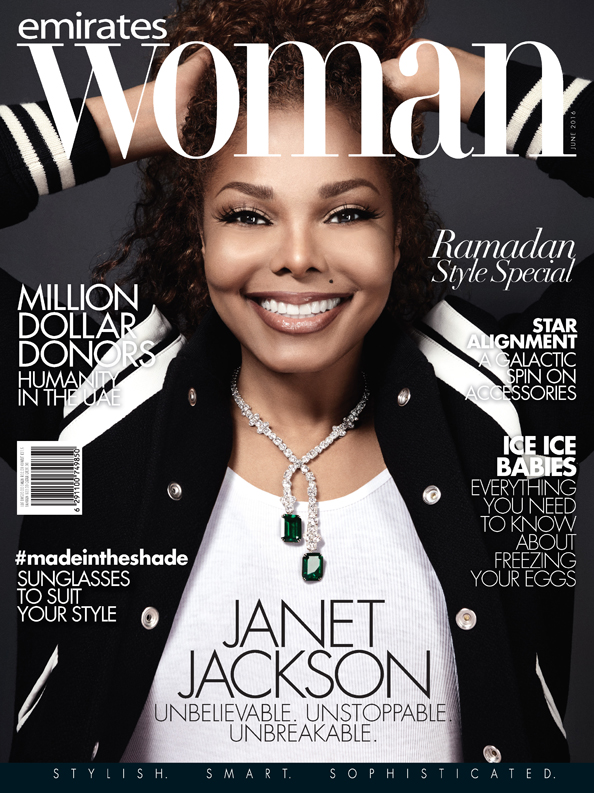