A holiday can take you across the world, but the book you carry may take you even further. In honour of Abu Dhabi Book Fair launching today (May 7), we’ve cherry-picked our favourite releases for Summer 2015, from enthralling debut fiction and esteemed sequels, to personal essays and confessional new memoirs

Girl in a Band, by Kim Gordon 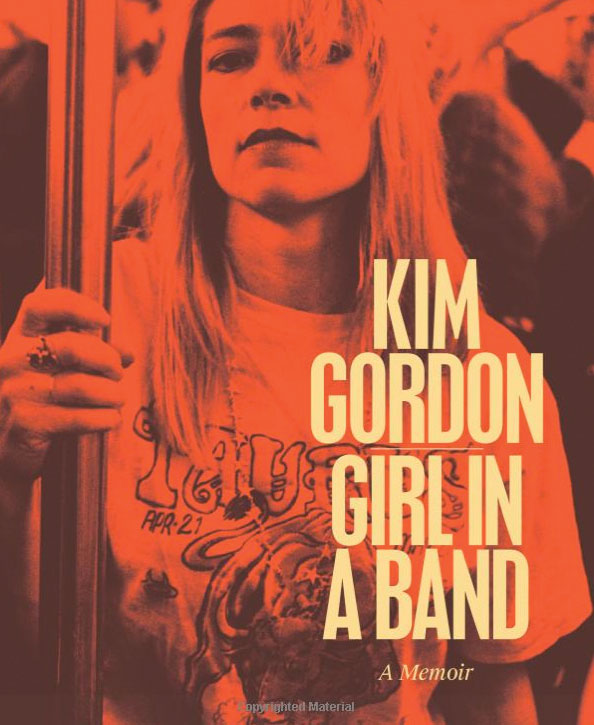 Throughout the 90s, Kim Gordon was the poster girl for Indie Rock. The Sonic Youth founder and front woman spearheaded the alternative music scene, pioneering a grunge movement that shaped the decade and paved the way for the likes of Nirvana, Smashing Pumpkins and Hole. Gordon married bandmate Thurston Moore, and their turbulent relationship eventually tore the band apart. Tender, honest and lyrically written, her confessional new memoir retells the Sonic Youth story, in all its grit and glory. 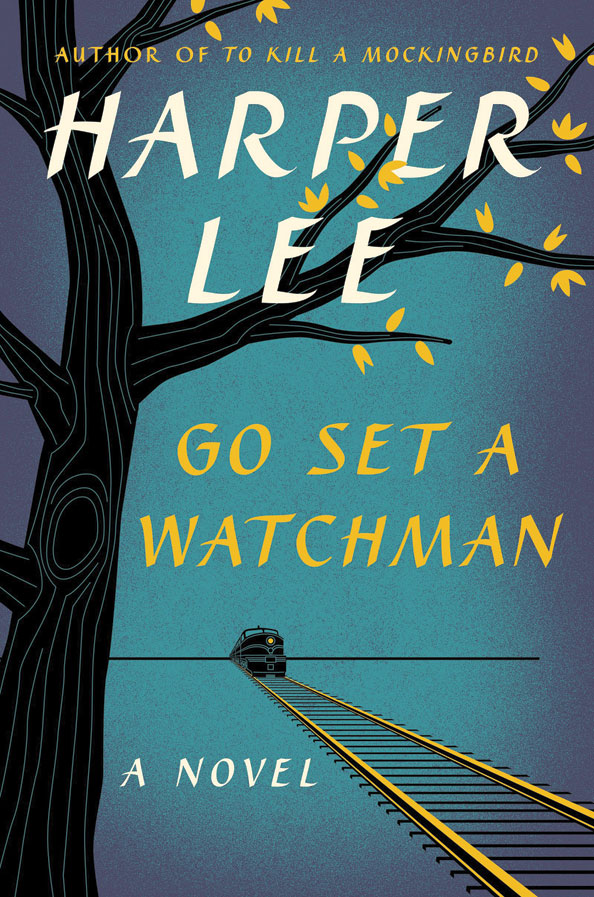 The highly anticipated new novel by Harper Lee is released in July 2015, a follow-up to the literary great, To Kill a Mockingbird. Prepare to become reacquainted with Scout and the gang, as she travels to Maycomb to visit her aging father Atticus Finch. While the characters may be familiar, the plotline is promised to be completely different, but undoubtedly imbued with Lee’s profound and poetic storytelling charm.

Love and Other Ways of Dying by Michael Paterniti 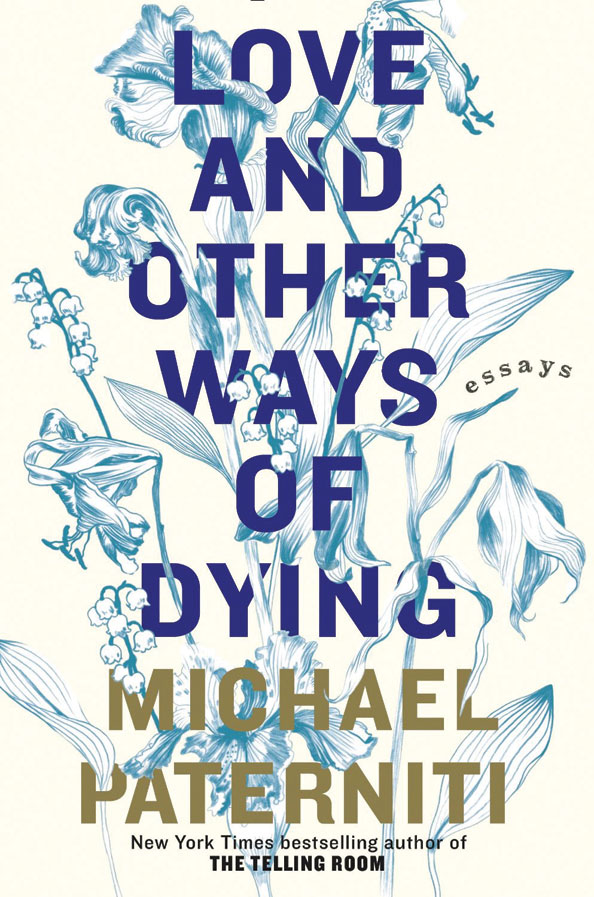 Don’t let the intensity of this title put you off – Michael Paterniti’s collection of seventeen lyrical essays celebrate human spirit, with a truly unique and curious narrative that takes you from an earthquake in Haiti to the backseat of a car driving across America with Albert Einstein’s brain in a Tupperware box. Wonderfully imaginative, it makes for the perfect dip-in-dip-out book. 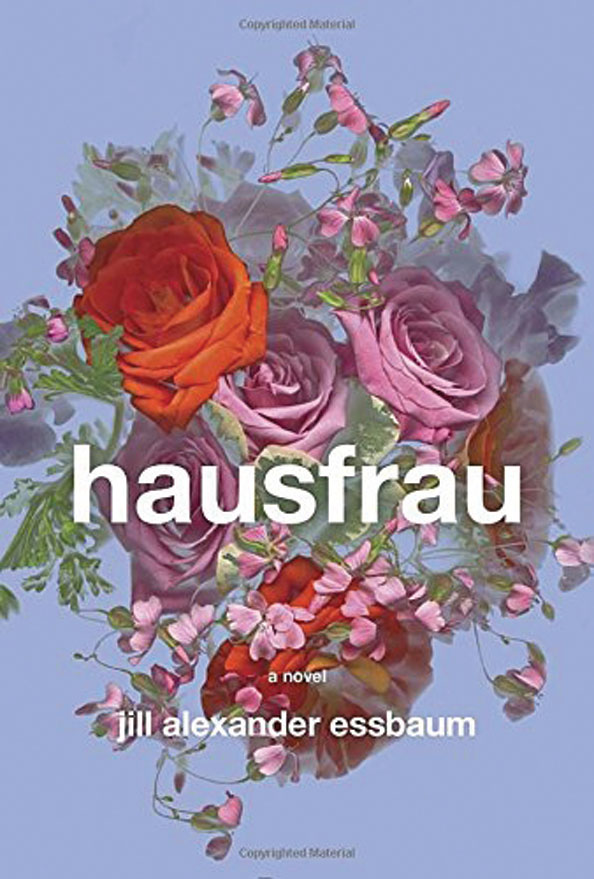 Anna is an American housewife who feels trapped within her unhappy marriage to Swiss banker Bruno. The book follows her isolated descent into depression and adultery, as she slowly unravels across the pages. Intimate and intense, Essbaum reinvents familiar literary ground with fresh psychological insight and sharp prose. Hauntingly poetic, we swing between hatred and heartbreak for sad, self-destructive Anna.

I’ll Drink to That: A Life in Style, with a Twist, by Betty Halbreich 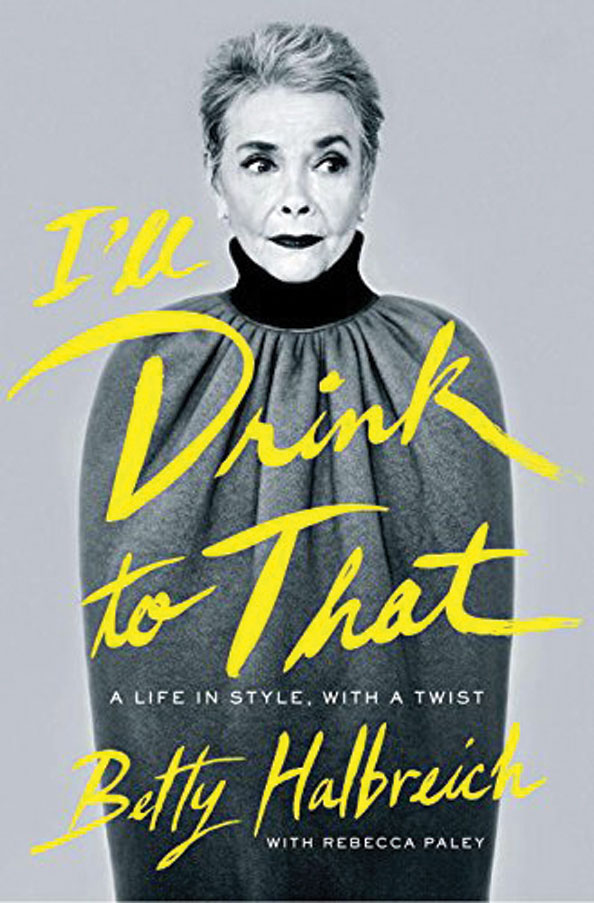 Just in time for the summer holidays, Betty Halbreich’s memoir is released in paperback, recounting her years as a legendary personal shopper for Bergdorf Goodman. The retail doyen, now aged 87, is an impressive force of wit and style, with a high-society client list stretching four decades. In this wonderfully descriptive account, Halbreich shares her wisdom and memories, against a backdrop of old world glamour.

The Unfortunate Importance of Beauty, by Amanda Filipacchi 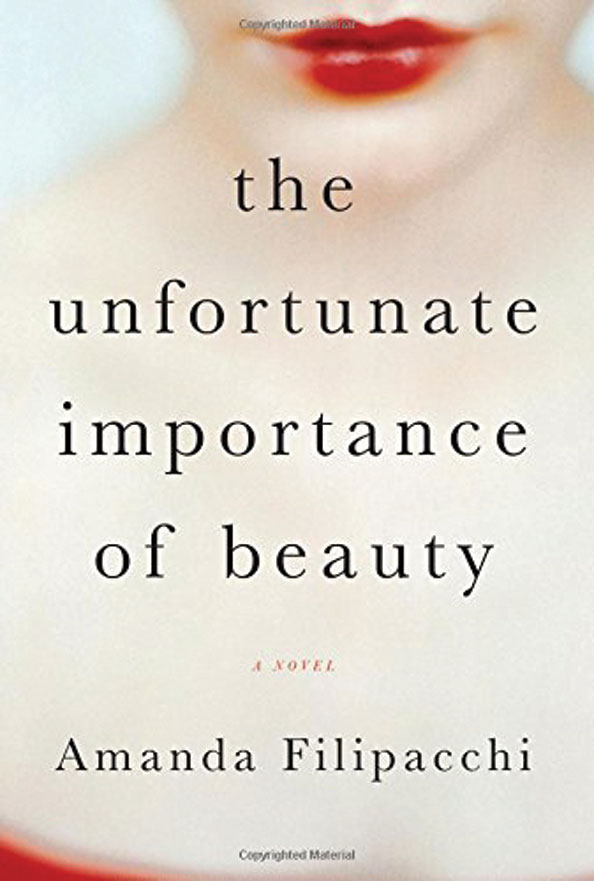 Beauty, in all of its conventional and alternative forms, is examined under Filapacchi’s analytical radar in this study of identity. The fictional novel follows a group of struggling artists in New York, as they consider the worth of their looks. Written with wit and panache, the power of beauty is heightened as a murder is thrown into the mix.

The Folded Clock, by Heidi Julavits 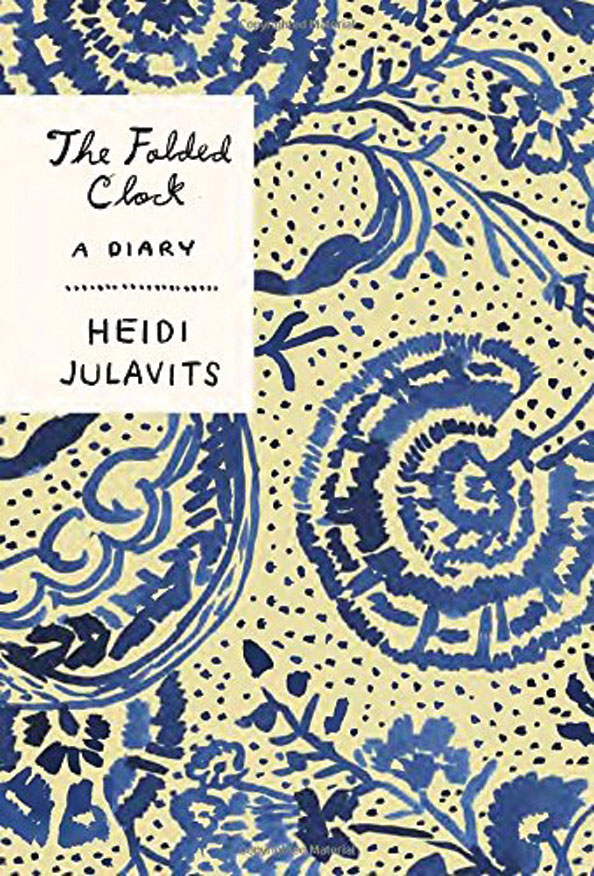 Heidi Julavits co-edited last year’s much-celebrated Women in Clothes, and also has four previous novels under her belt. Her latest book revisits her teenage diary, with all of its familiar adolescent hang-ups, told over two years. Now in her forties, Julavits reflects on her youth and questions the woman she has become. Written with honesty and emotion, it is a comforting read, at any age.

The Mad Boy, Lord Berners, My Grandmother and Me: An Aristocratic Family, a High-Society Scandal and an Extraordinary Legacy, by Sofka Zinovieff 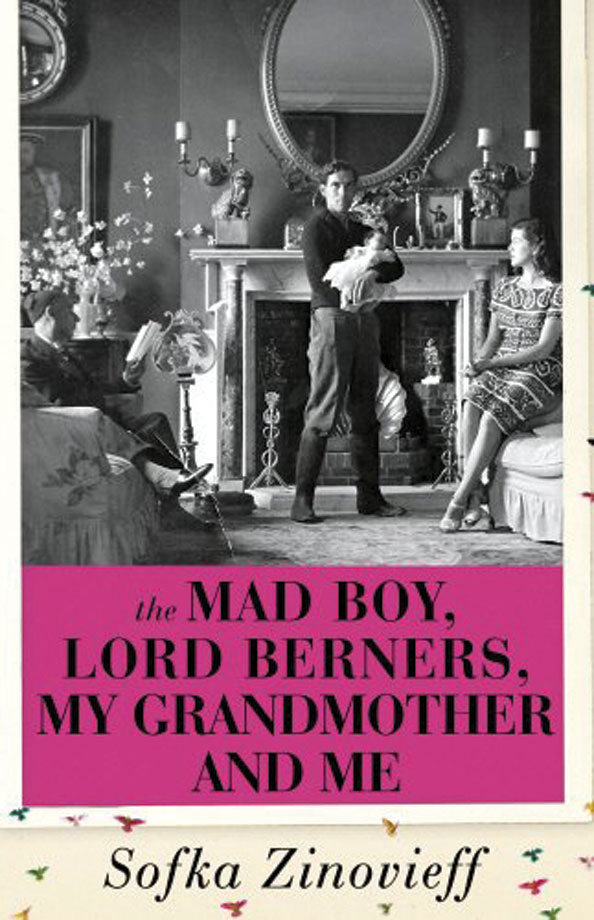 In this delightfully indulgent memoir, Sofka Zionvieff remembers the scandal and glamour of Faringdon House during the 1930s and 40s, home to her grandparents and their aristocratic social set. Zionvieff recalls the decadence and bohemian revelry of the time, as she delves through the exotic details of her family tree.

My Paris Dream, by Kate Betts 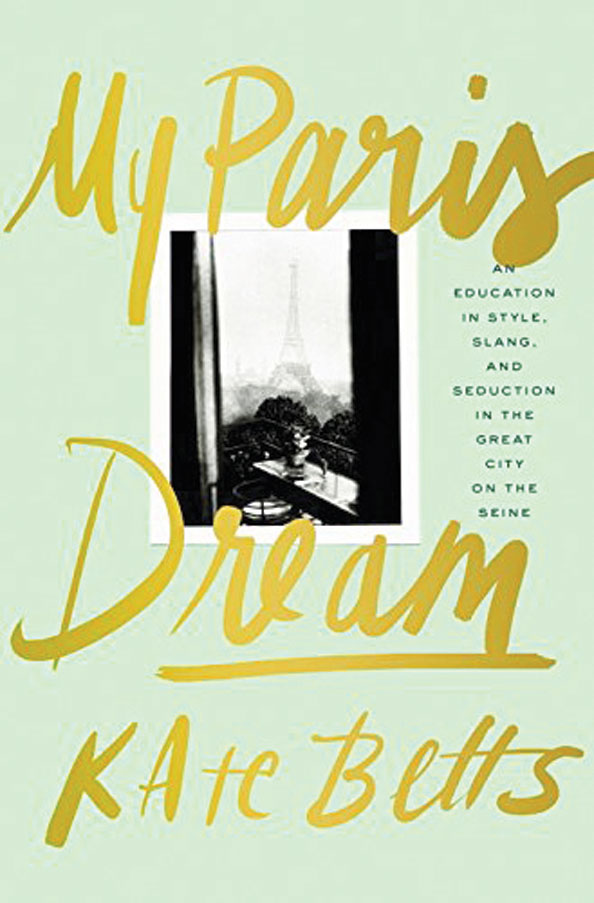 Written by US Vogue and Harper’s Bazaar editor Kate Betts, this is a charming memoir about coming-of-age as an aspiring fashion journalist in 80s Paris. Written with humour and sharp journalistic observation, Betts reignites the glamour, style and romance of the city during one of its most flamboyant decades. 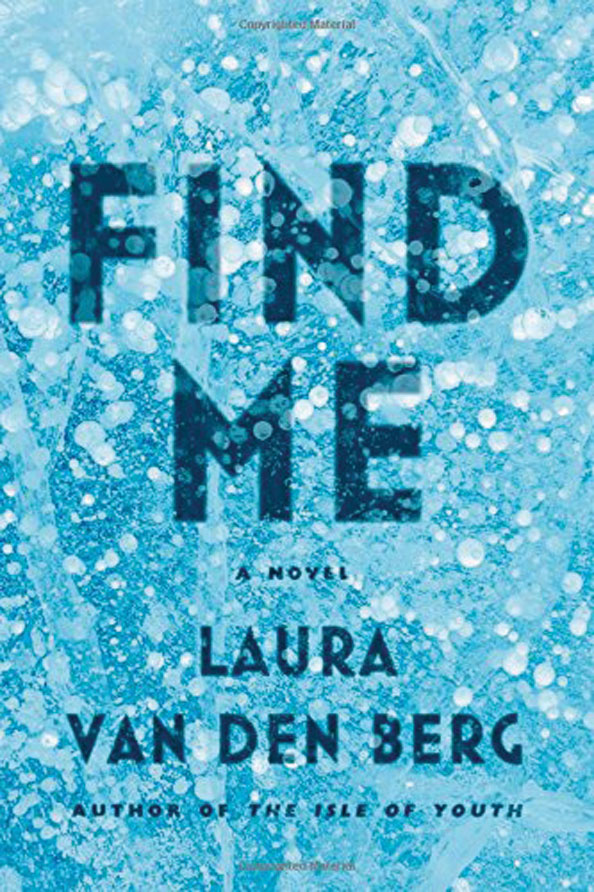 Laura van den Berg is already known within literary circles for her poetic short stories exploring abandonment and loneliness. Find Me takes these topics and runs with them, as a city is knocked by an Ebola-style pandemic. Berg tackles the fictional tale of illness and depravity with poetic elegance, dark humour and imagination.

No Space For Books In You Carry-On? Enter Kobo Aura

Unlike the Kindle, Kobo Aura eReader downloads are linked to the US market, which means it isn’t regulated as per European Market, which in turn means cheaper e-books and more choice.  Kobo book downloads also have their own library, which is actually bigger than Amazon’s and boasts more free titles. Fellow Kobo users can share books and if that wasn’t enough the model comes in a waterproof version. Prices start from Dhs379 available at all electronic stores, Virgin Megastores and modvito