UAE Is Home To World’s Most Charitable People 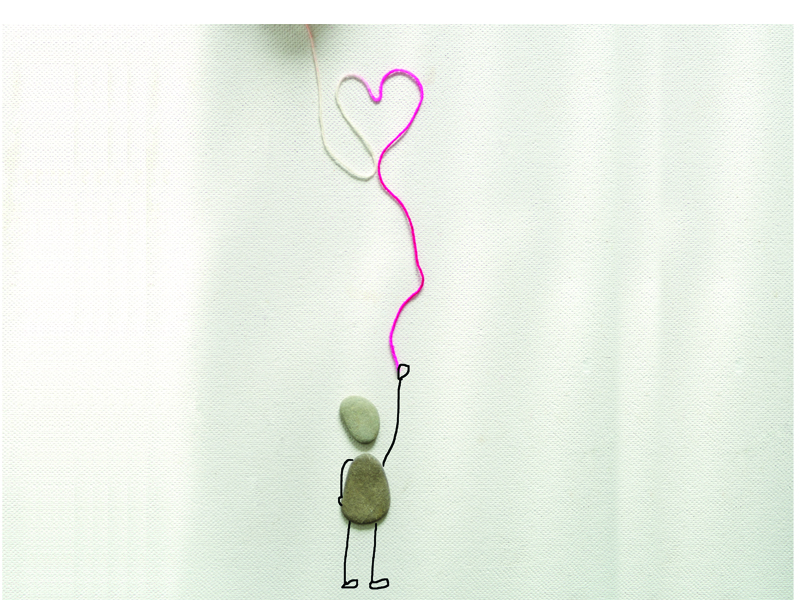 Listed as the world’s leading aid donor, the UAE is home to some of the most charitable people on the planet. Helping lead the way are these three women whose humanitarian efforts are crossing continents, cultures and causes from their base in Dubai.

For some, philanthropy is about volunteering. For others it’s about fundraising. And for most it’s about solving problems. Whatever your interpretation, there’s no denying that the UAE has created a culture of charitable giving that is unmatched in the Middle East.

Read: How These Ramadan Share Fridges Are Spreading Kindness Across Dubai

As the saying goes, the numbers speak for themselves. In 2015, the UAE was listed as the world’s leading aid donor, contributing US$5.1bn (Dhs5.5 bn) to poorer nations in 2014, according to figures released by the Organisation for Economic Cooperation and Development. Honing in on Dubai, International Humanitarian City has delivered more than Dhs1.3 billion in humanitarian assistance via its members – which include UN agencies and NGOs – in the last three years. And with humanitarian action now the UN’s costliest activity – more so than its peacekeeping operations – philanthropy is absolutely necessary. 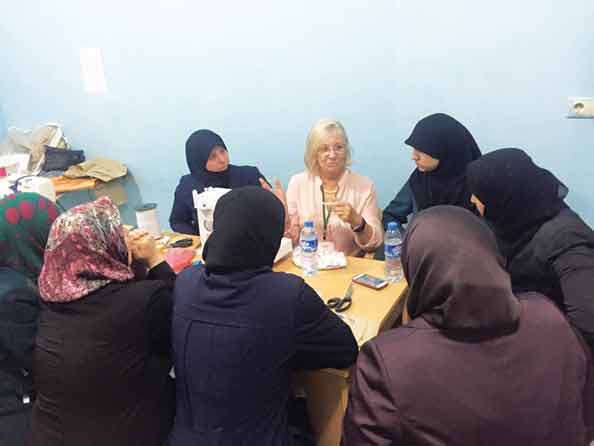 Barbara Evans, the founder of Rags to Riches in Turkey. The Mountain Trust in Nepal (main image) receives clothes from Rags to Riches

Of course, philanthropy comes in many guises, from government-backed initiatives to individuals on the ground making a difference. Cue Barbara Evans, the founder of Rags to Riches, a Dubai-based organisation that turns unwanted fabric into beautiful clothes for less fortunate children.

Read: An Introduction To The Holy Month Of Ramadan

“I read about Lillian Weber, a 99-year-old lady living in America who would make one dress a day and then send a batch off to an orphanage in Africa,” says Barbara, a British expat who moved to Dubai from Egypt in 2012 following the Egyptian revolution. “I couldn’t get this lady out of my mind – she was there all the time – and so I thought why don’t I try and do that in Dubai. I put a shout-out on the Green Community Ladies’ Facebook page for unwanted bedding and fabric and the response was unbelievable. Now there are 16 ladies sewing in and around Dubai and a R2R rep in the US, UK and one in New Zealand.” 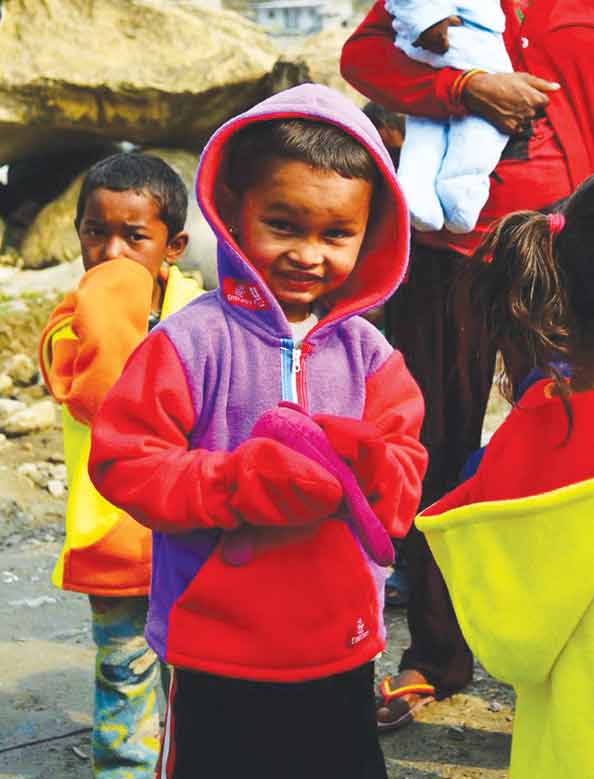 Rags to Riches is helping kids in Naples

Since setting up the charity in 2014, Barbara has stitched and shipped almost 2,000 items – from hooded fleeces and dresses to shirts and baby bed sheets – to countries children and charities in India, Uganda and Ethiopia among others. Most recently Barbara and a troupe of six ‘sewing ladies’ and three interpreters headed to the refugee camps at the Turkey-Syrian border to teach single mothers how to sew items which they can then sell to generate an income. In September, she will pack her bags once again and head to Nepal to make and distribute her storied fleeces – made from Emirates Airline fleecy blankets – to the children living in the Nepalese mountains. 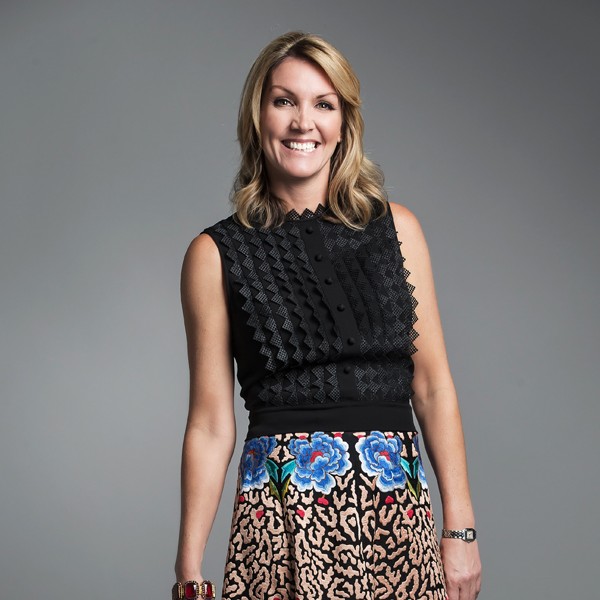 Another lady making positive change in the UAE is Stephanie Sutherland, founder of Dubai Mums’ Helping Hands (DMHH), a community resourced network of almost 2,000 women who give their time to support the UAE’s labour community through a bunch of benevolent     initiatives, such as the delivery of care packages.

“DMHH started off as a small group of ladies who wanted to thank the tram workers for their hard work,” explains Stephanie,  winner of the Humanitarian Award at last year’s Emirates Woman, Woman of the Year Awards. “It was simple, we would make a couple hundred treat bags and pass them out when they got on their bus at the end of the day. The outpouring from our community was pretty incredible. That’s when we realised how many people wanted to participate in helping others  but just didn’t know how.  So, we created the ‘how’.” 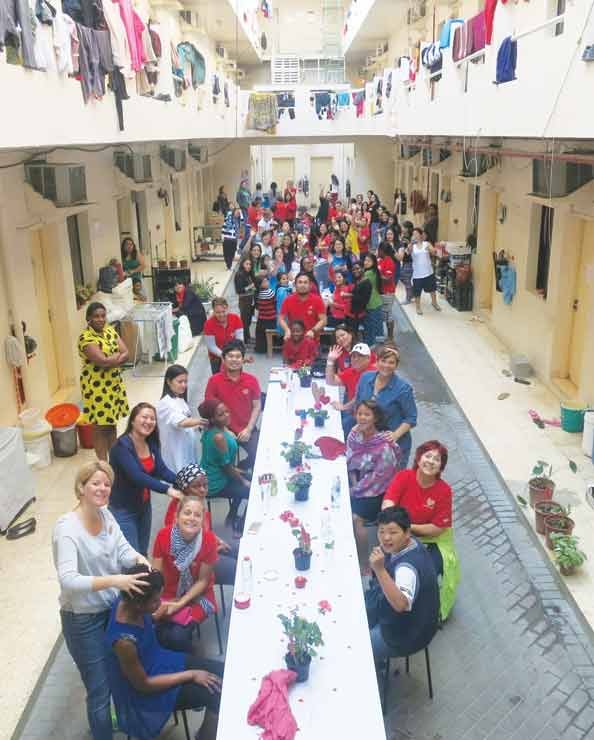 And by creating the ‘how’ the group, which Stephanie set up in 2014, helped over 20,000 labourers in Dubai last year. But rather than relax her efforts following 2015’s record numbers, its founder is ramping them up. “We like to do a project every quarter and we’re about to kick off our Fruit and Vegetable programme,” explains the former vice president of a New York-based start-up. “After interviewing several labourers, we’ve found that their diets are comprised mostly of starch because fruit and vegetables are somewhat costly. This programme is meant to help supplement their nutrition. It’s more than that to us, though. By hand delivering our bags of groceries and thanking them for building the incredible city that we know and love, we let them know that we care.” 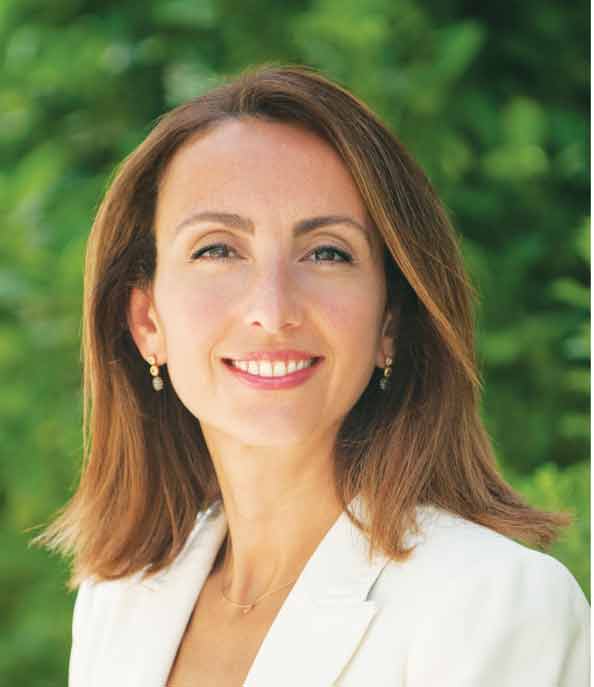 A case in point that philanthropy and commerce can work together is Maysa Jalbout, the recently appointed CEO of the Abdulla Al Ghurair Foundation for Education, a multi-billion dirham charitable venture set up by UAE businessman Abdul Aziz Al Ghurair to provide Arab youth from underprivileged backgrounds access to higher education. “We are aiming to place 15,000 students [in universities] over 10 years,” says Maysa, the former chief executive of the Queen Rania Foundation and champion of quality education for all children and youth. “I’ve long been a supporter of girls’ and women’s education – I’ve done that throughout my career – and I’m very much interested in ensuring that the foundation supports young women just as much as it supports young men.” 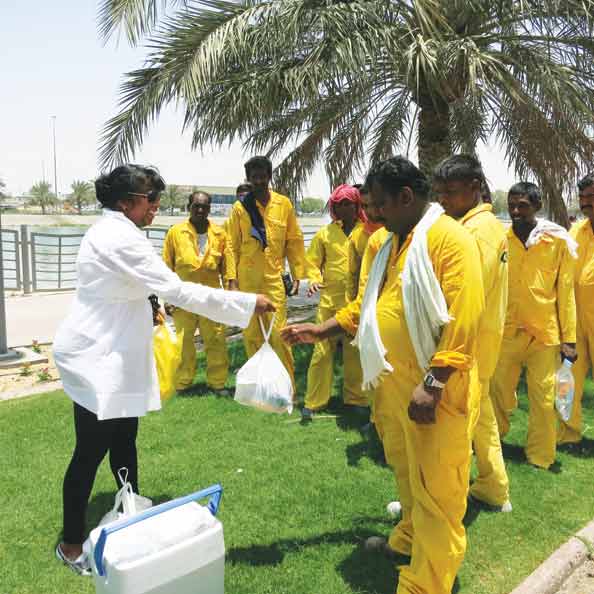 Maysa, who applauds the UAE’s “generosity” and support of education for all, says: “Education can be the bridge to better health, protection, prosperity and peace, and one of the best investments a nation  can make.”

It is oft said that true philanthropy requires a disruptive mindset, innovative thinking and a lot of creativity. This coterie of charitable women proves that such criteria (and more) can be found flowing through households and conglomerates across the UAE.