The UAE Shows Its Support For France Last night the UAE turned red, white and blue to show solidarity toward France during this tumultuous time.

Showing that it condemns the atrocious terror attacks that happened over the weekend in Paris, many iconic buildings across the UAE were lit up in the tricolour French flag colours – red, white and blue – as a sign of respect and support for the nation.

Moved by the thoughtful gesture, French ambassador, Michel Miraillet said of its ally and friend: “To have this country in the middle of the Gulf showing its compassion and proximity with the French Republic, is something we really appreciate.

“The leadership’s support for France is not only shared by the Emirati citizens but all the population of the UAE no matter their nationality.”

Related Story: Queen Rania Speaks Up Against The Attacks In Paris and Beirut

The gesture to light up the UAE was one that was hugely appreciated by not only the 30,000 plus French expats living in the region but also all residents who know someone, a relative or friend, in Paris.

Joining the likes of US President Barack Obama and UK Prime Minister David Cameron, following the attacks that killed 129, Sheikh Mohammed bin Rashid, Vice President and Ruler of Dubai, all sent a message of support and condolence, as did Sheikh Mohammed bin Zayed, Crown Prince of Abu Dhabi and Deputy Supreme Commander of the Armed Forces.

Another great leader and role model to show their support to those in France, and also Beirut, was Queen Rania. Who took to Twitter to address her 4.2 million followers about the situation. 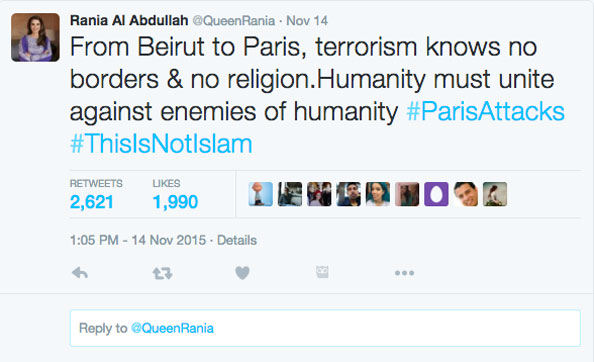 She wrote: “From Beirut to Paris, terrorism knows no borders & no religion. Humanity must unite against enemies of humanity #ParisAttacks #ThisIsNotIslam.”

The hashtag #ThisIsNotIslam, a phrase that pushes out the message that terror is not a religion, is now trending worldwide.

Scroll through our gallery below, so see the UAE’s impressive and thoughtful sign of solidarity with France. 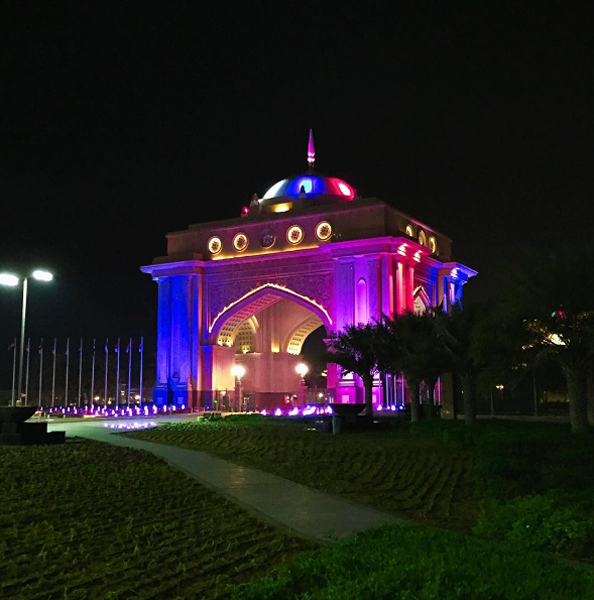 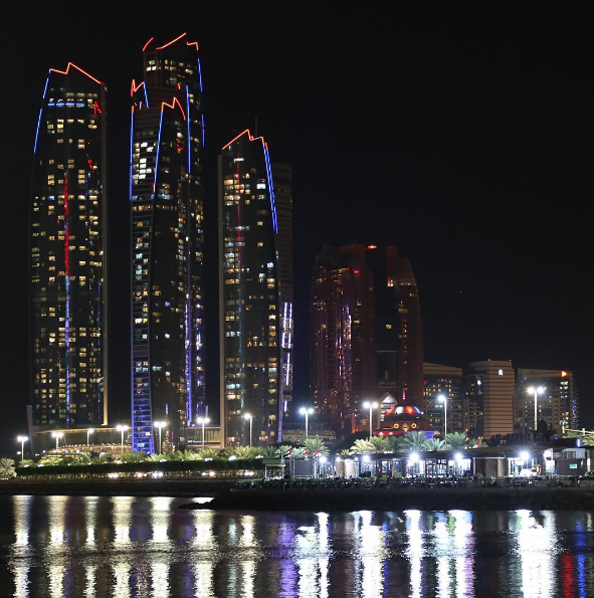 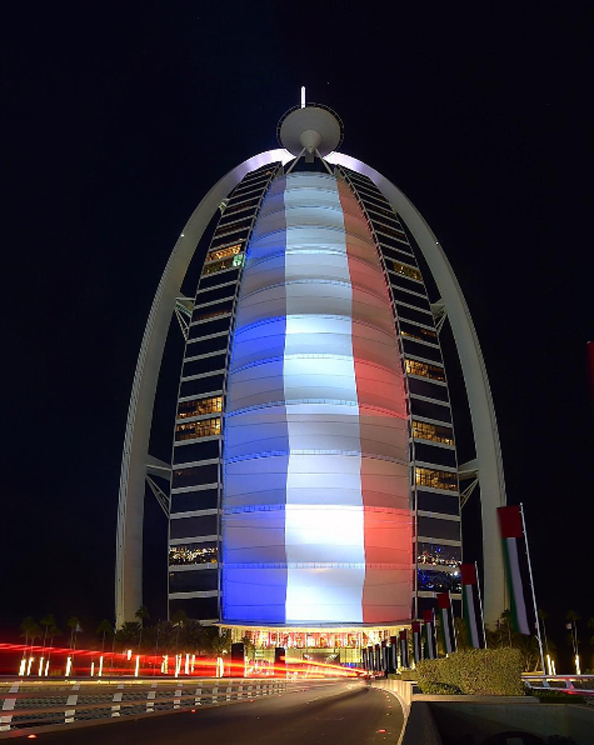 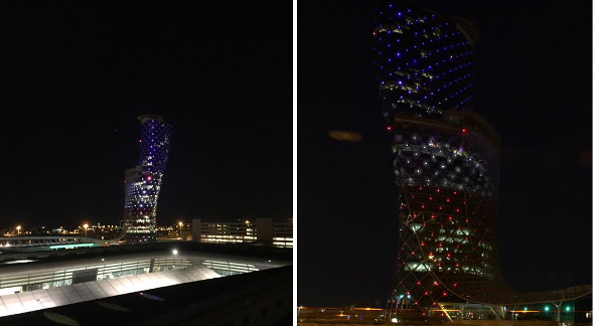 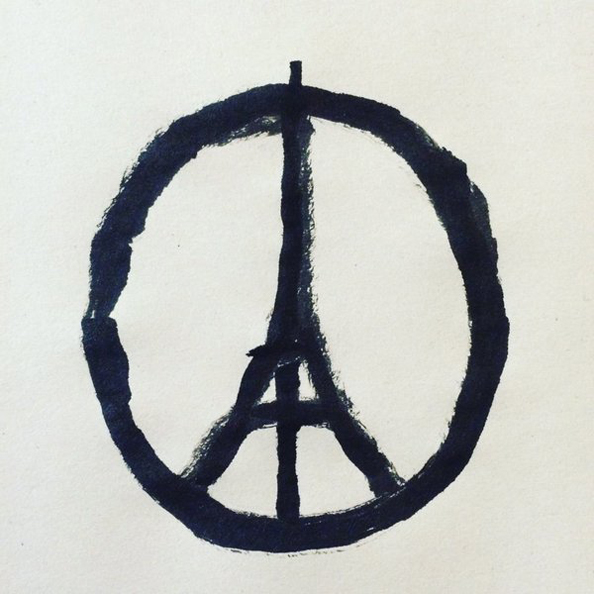