The UAE Pledges To Open Its Doors To 15,000 Syrian Refugees

And now the UAE has declared its intentions to come to their aid, revealing plans to welcome 15,000 refugees into the Emirates over the next five years.

Reem Ebrahim Al Hashimi, the UAE’s Minister of State for International Cooperation, announced the initiative at a UN summit held on Tuesday in New York.

“Ultimately, we must offer a source of hope for displaced persons that allows them to maintain dignity, return home, reintegrate themselves into their societies, and rebuild their countries and their lives,” she said.

No details have yet been given as to where the refugees would be housed, and how much support they would be provided by the government.

Pledging “we must all do our part”, Al Hashimi revealed the UAE has already welcomed more than 123,000 Syrians since conflict began five years ago. However this will be the first time Syrians will have been welcomed into the UAE en masse as refugees, not residents.

H.E. Reem AlHashimi participates in the leaders summit on refugees held in the UN headquarters in Newyork. pic.twitter.com/1OgitORHH3

Prior to the war, 115,000 Syrians lived and worked in the UAE, “joining more than 200 different nationalities and ethnicities that make up the tapestry of our diverse society and whose active and significant contributions are a clear rebuttal to the global wave of xenophobia”, the minister explained.

“The number of refugees and displaced persons is the largest in modern history. This crisis is being driven by a series of interlinked conflicts, fueled by extremism that crosses borders and transcends geographies.

“We all must do our part to engage in dialogue, resolve differences and support global pillars of peace and stability.”

Where have most refugees fled to?

According to UAE Embassy, the total number of Syrian nationals currently living in the UAE is now more than 242,000.

The country who has so far taken in the most refugees is Turkey, with a total of more than 2.7 million registered, according to UN data.

There are still some countries which are yet to accept Syrian refugees, including Israel, Japan, and Singapore. 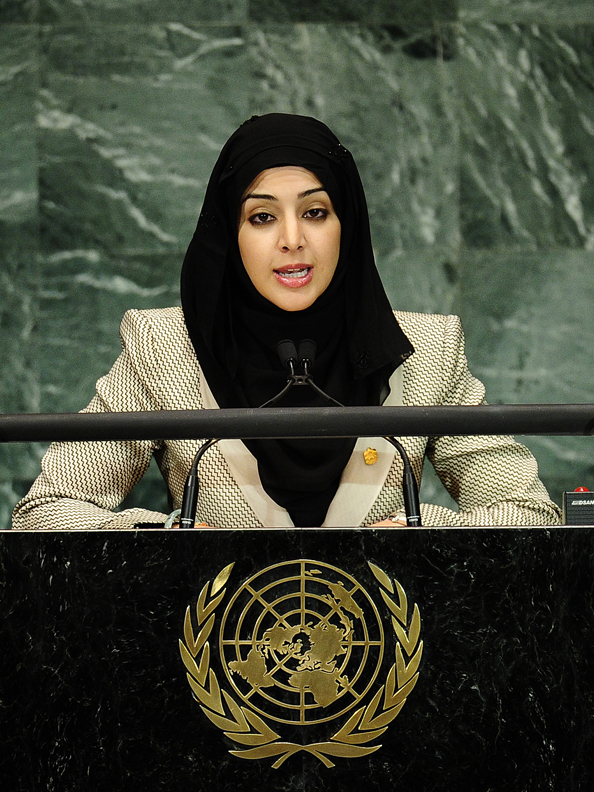 During her speech, Al Hashimi highlighted the more than US$750 million the UAE had contributed to Syrian refugees over the last five years.

The country has contributed 1 per cent of its gross national income in foreign aid over the last three years, she said, and set up several camps across the globe.

“In refugee camps that the UAE has set up in Jordan, Northern Iraq, even in Greece, we provide the basic life-saving support such as shelter, food, basic health, water, and sanitation,” said the minister.

“We are also looking to address often neglected services like rehabilitation, education in emergencies, cash for food and work, vocational training, and care for those with mental illnesses.”

Queen Rania is also in the US, fighting for refugee rights

Fresh off the back of winning a global humanitarian awards, Queen Rania Al-Abdullah of Jordan has flown into the United States for a raft of educational speeches.

The royal has appeared on CNN to talk about “the impact of the Syrian refugee crisis on Jordan, and the critical need for a global sustainable solution to this crisis,” she revealed on Instragram.

The Queen also delivered a passionate speech at a UN Summit on Refugees and Migrants on Monday, as well as a powerful monologue urging greater support for education in conflict zones.

The latter was given at Let Girls Learn, a global initiative launched by US First Lady Michelle Obama.

Read:
‘We Need A New Renaissance’: Queen Rania Is Honoured With Humanitarian Award
Queen Rania Shows Us How To Dress During Ramadan
“Empower A Woman And You Empower A Society” – Queen Rania

“For girls in Yemen, schools could be shelled while they study; their classmates killed. Girls in South Sudan live with the threat of kidnapping—in school. And for girls in Syria, fear drives them to desperation—abandoning classes, running through the night, to an unknown and uncertain future,” the royal advocate explained.

“I cannot remember a bleaker, or more heartbreaking time in my region. 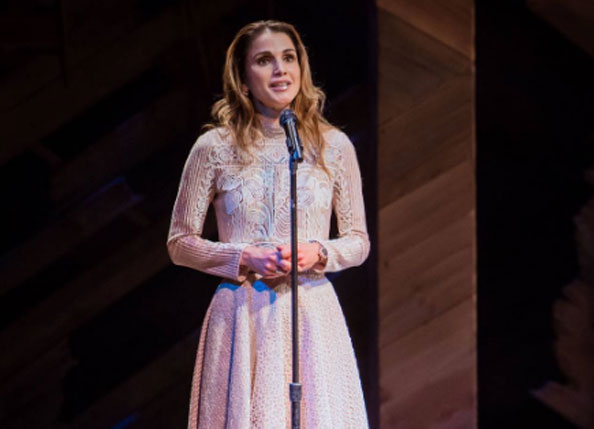 “What gives me hope is that—despite the traumas they’ve been through—so many girls in my region refuse to let conflict define their lives. Rather, they defy it.”