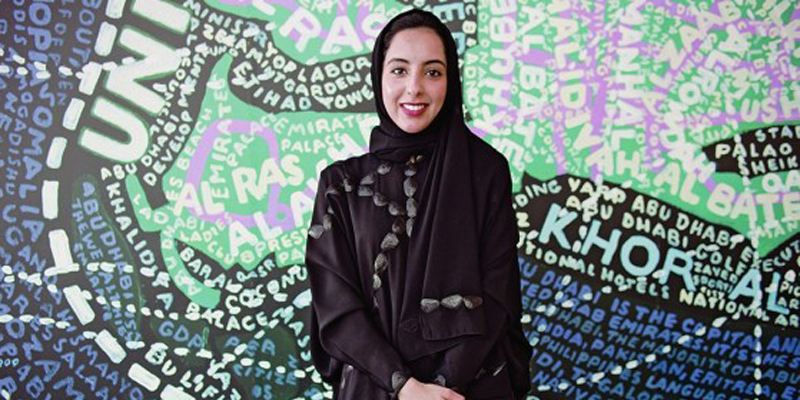 Imagine being able to put this on your CV…

A Minister for Youth who is actually young – makes sense, right?

Well, that was exactly the idea when 22-year-old HE Shamma Bint Suhail Faris Al Mazrui was appointed the UAE’s Minister of State for Youth Affairs.

“Youth represents some half our Arab societies, so it is only logical to give them a voice and role in governing the nation,” said HH Sheikh Mohammed bin Rashid Al Maktoum, vice president and prime minister of the UAE and ruler of Dubai.

Shamma AlMazrui as Minister of State for Youth Affairs.She’s 22 yrs old, with Masters’ from Oxford, and BSc from NYU pic.twitter.com/cRq3bG5krT

Al Mazrui, who took up the position in February 2016, has now been recognised by the Guinness Book of World Records as the world’s youngest cabinet minister.

Her achievement is one of the UAE’s 190 world records to feature in the 63rd edition of the book.

Read:
This Pilot On A Record-Breaking Mission Just Touched Down In Dubai
UAE’s Minister Of Happiness Reveals How She Tries To Personally Help Residents

Other records held by the UAE include “the largest gathering of people dressed as emojis”, achieved at The Dubai Mall earlier this year, and “the heaviest tin of caviar”, served at the Burj Al Arab at a cocktail party in December.

Al Mazrui was born and raised in Abu Dhabi, receiving her Bachelor of Arts in Economics from New York University Abu Dhabi.

She was also the UAE’s first Rhodes Scholar, and graduated with a Masters of Public Policy from the University of Oxford in 2015.

The young achiever landed the job after Sheikh Mohammed tweeted an appeal to universities, asking them to nominate suitable candidates under the age of 25.

“What I didn’t know was that my university had nominated me,” Al Mazrui was quoted as saying at the time.

“That announcement changed my life in an instant. From a private life to a public life and a huge challenge and responsibility.

“Nothing, as Sheikh Mohammed reminds us, is impossible in the UAE.”